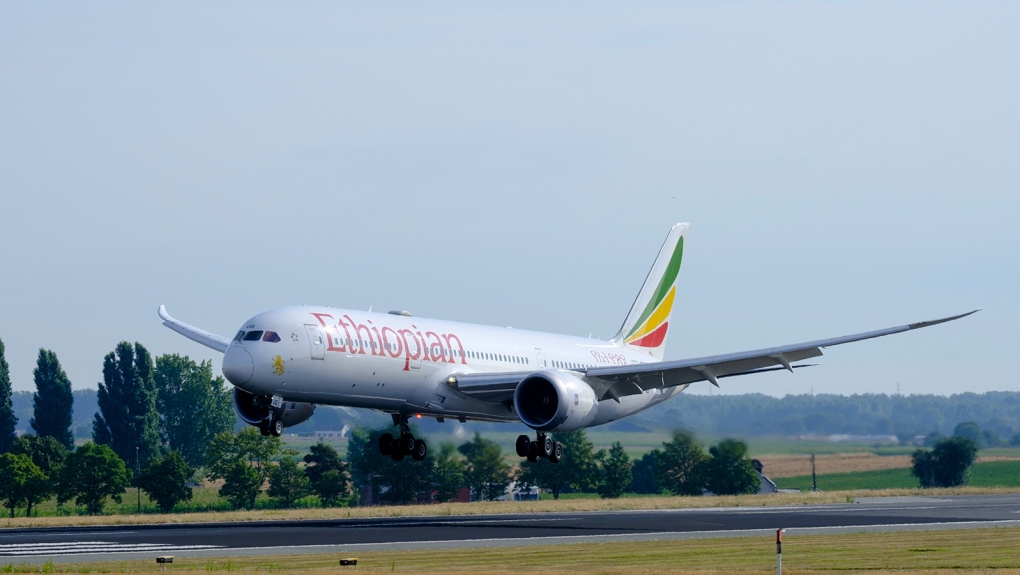 A Boeing 787-9 Dreamliner from Ethiopian Airlines is seen landing at Brussels Airport on July 29. Two pilots are believed to have fallen asleep and missed their landing during an Ethiopian Airlines Boeing 737-800 flight from Sudan to Ethiopia. (Thierry Monasse/Getty Images via CNN)

The incident took place on board an Ethiopian Airlines Boeing 737-800 en route from Khartoum to Addis Ababa, the report said, "when the pilots fell asleep" and "the aircraft continued past the top of descent."

Data obtained by the website indicates that the aircraft was cruising at 37,000 feet on autopilot when it failed to descend at Addis Ababa Bole International Airport, its scheduled destination, on August 15.

Air traffic control were apparently unable to reach the crew despite making several attempts at contact. However, an alarm was triggered when the plane overshot the runway and continued along the route.

Automatic Dependent Surveillance-Broadcast (ADS-B) data shows the aircraft overflying the runway, before beginning its descent and maneuvering for another approach.

"The flight later landed safely after communication was restored. The concerned crew have been removed from operation pending further investigation.

"Appropriate corrective action will be taken based on the outcome of the investigation. Safety has always been and will continue to be our first priority," the statement said.

Aviation analyst Alex Macheras has since taken to Twitter to express his shock at the "deeply concerning incident," which he suggests may have been the result of pilot exhaustion.

"Pilot fatigue is nothing new, and continues to pose one of the most significant threats to air safety -- internationally," he tweeted on Thursday.

The report comes just months after pilots at Southwest Airlines and Delta Air Lines warned airline executives that pilot exhaustion was on the rise and urged them to treat fatigue and the resulting mistakes as a safety risk.

According to the letter, the rising demand for air travel as the industry begins to bounce back from the Covid-19 pandemic, and cancellation chaos brought about by severe weather were among the reasons for the increase in pilot exhaustion.

Back in May, Italian newspaper Repubblica reported that an ITA pilot had been fired after "falling asleep" during a flight between New York and Rome.

The co-pilot was said to be taking an "authorized rest" at the time, leading to the Airbus A330 losing communication with air traffic control for ten minutes, according to the report.

Teachers will soon be asked to teach toothbrushing 101 in Quebec, raising workload concerns

A tooth-brushing program that is soon to be phased in across Quebec in elementary schools is raising concern among teachers because they’ll be the ones called upon to supervise the students as they clean their teeth.

A drought and unseasonably warm weather persisting across B.C. led to more temperature records breaking in the province Thursday.

An Ottawa police officer pleaded guilty to misconduct for donating money to 'Freedom Convoy' fundraisers during the protest in downtown Ottawa.