SASKATOON -- Colin Powell, the first Black U.S. secretary of state, had an accomplished military and political career that was later marred by his role in the U.S. invasion of Iraq.

The son of Jamaican immigrants, Powell served during the Vietnam War and rose to the highest ranks of the national security establishment in the U.S. As the U.S. secretary of state under George W. Bush, he infamously made the case for U.S. invasion of Iraq before the U.N., using intelligence which was later revealed to be, by in large, incorrect.

Here are photographs of some of the important moments of Powell’s life. 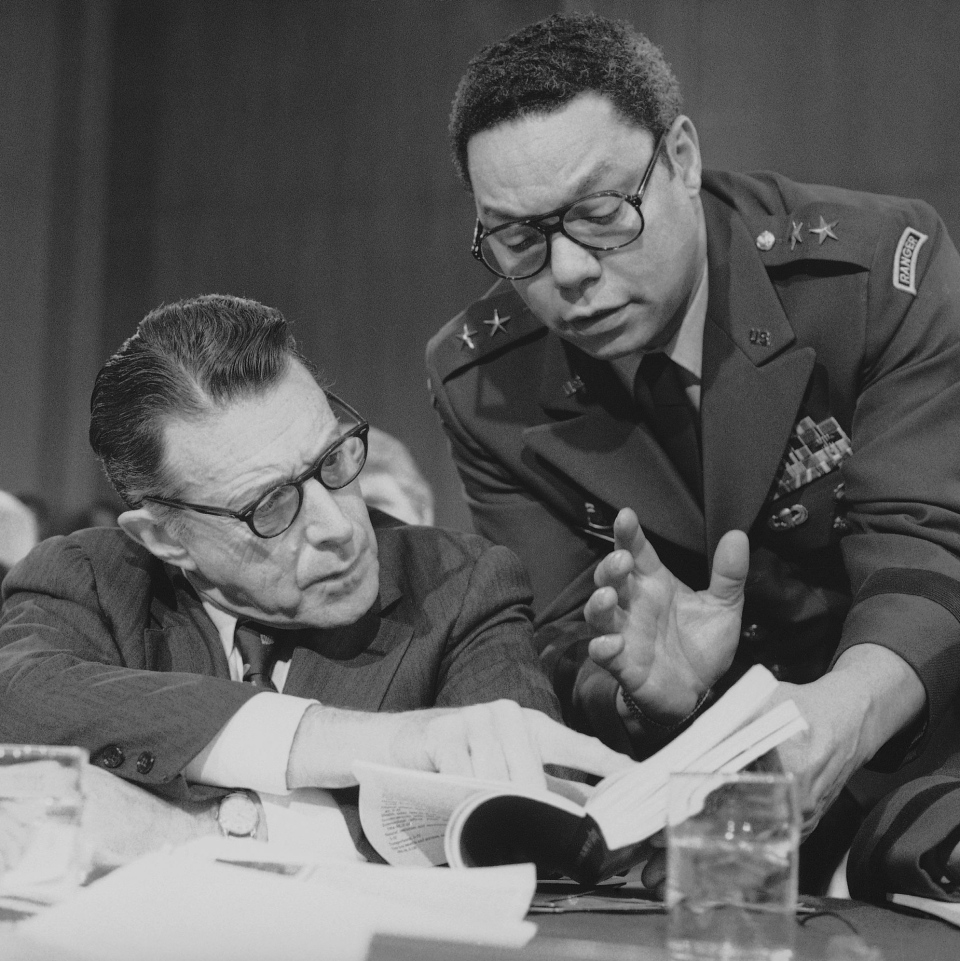 Powell was a professional soldier for 35 years and served during the Vietnam War, held several command positions, and rose to the rank of four-star general. In this Feb. 8, 1985 file photo, U.S. Defense Secretary Casper Weinberger confers with then-Army Maj. Gen. Colin Powell during testimony before the U.S. Senate Budget Committee on Capitol Hill in Washington. (AP Photo/J. Scott Applewhite, File) 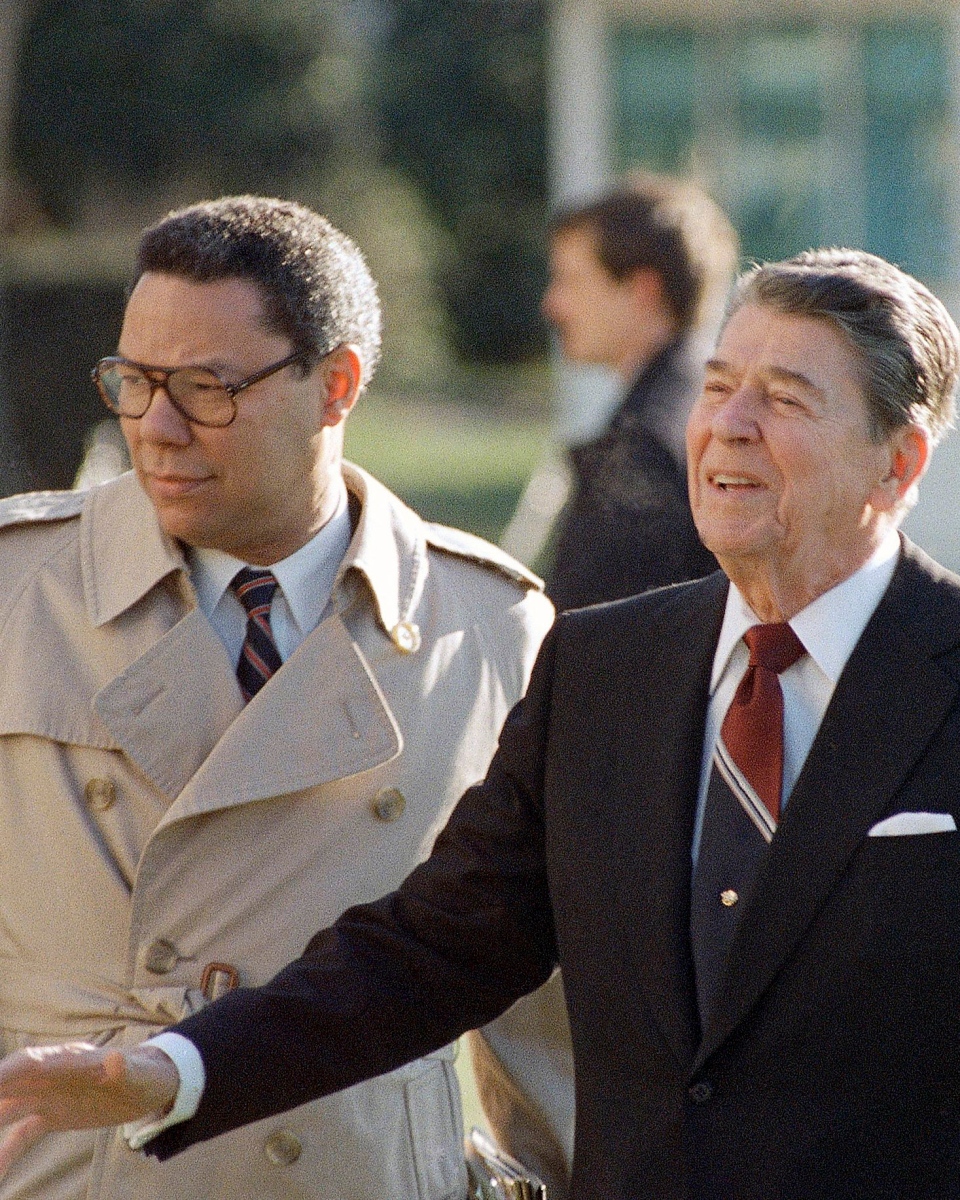 1ST BLACK MAN AS U.S. CHAIRMAN OF THE JOINT CHIEFS 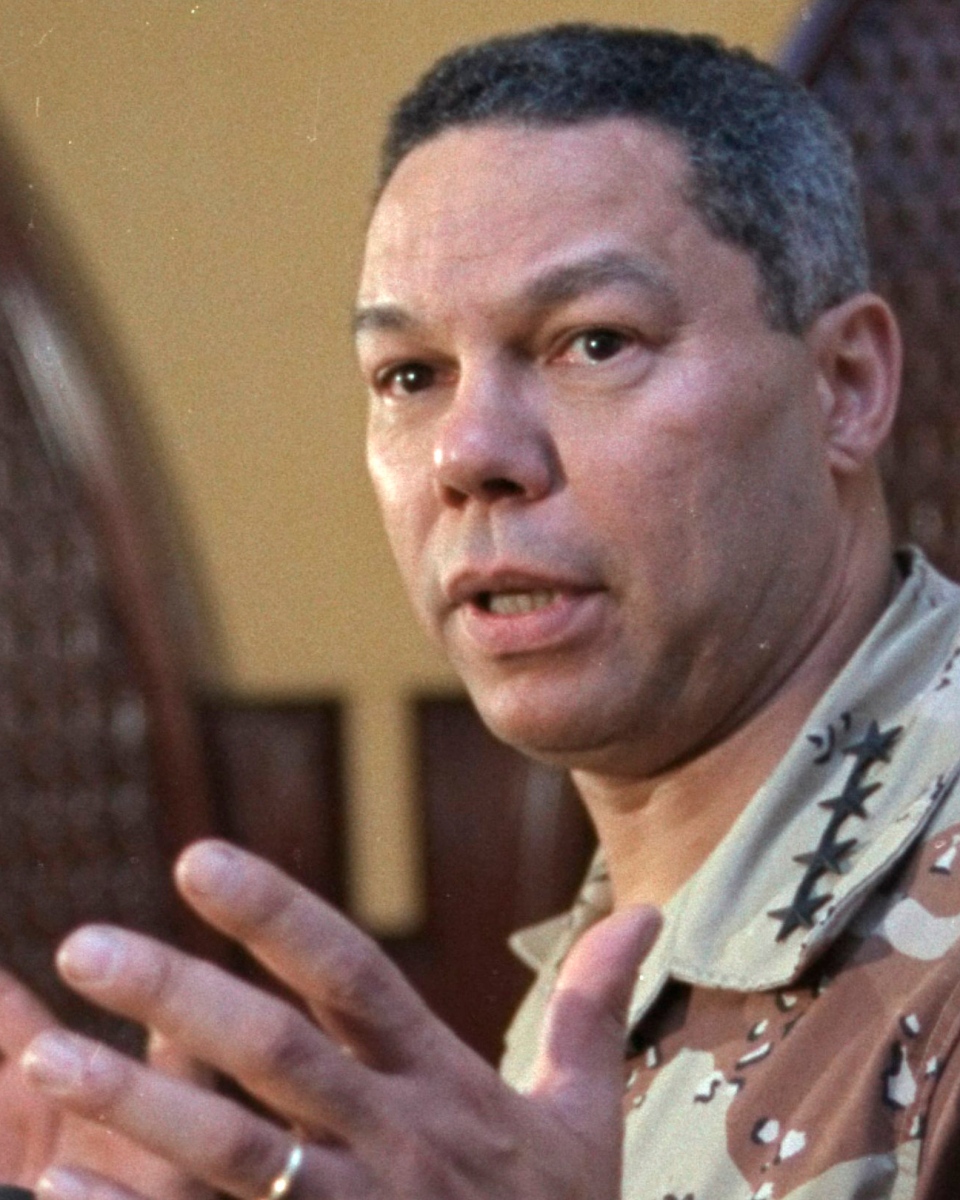 In 1989, U.S President George H.W. Bush nominated Powell to become the 12th Chairman of the U.S. Joint Chiefs of Staff. At the time, he was the youngest and first Black person to hold the role. While in the role between 1989 to 1993, he oversaw America’s Desert Storm operations during the Persian Gulf war. In this Sept. 14, 1990 photo, he is photographed speaking in Dhahran, Saudi Arabia, after visiting American troops who were deployed in the country. (AP Photo/J. Scott Applewhite) 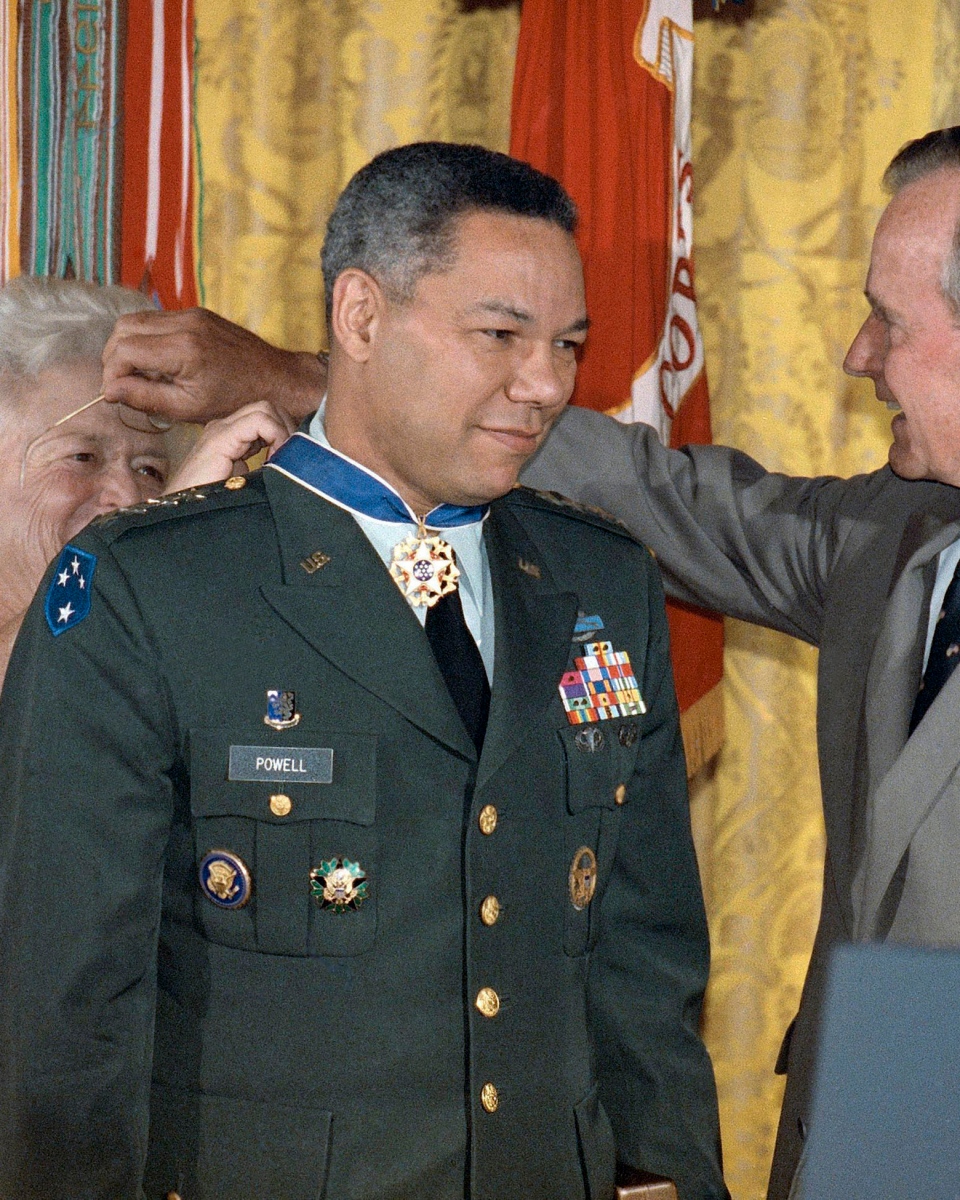 On July 3, 1991, Powell was awarded his first Medal of Freedom. In this photo, U.S President George H.W. Bush is seen loaning his glasses to first lady Barbara Bush as she pins the medal on Powell. He would go on to receive a second Medal of Freedom with Distinction in 1993, which is a rare feat. (AP Photo/Doug Mills) 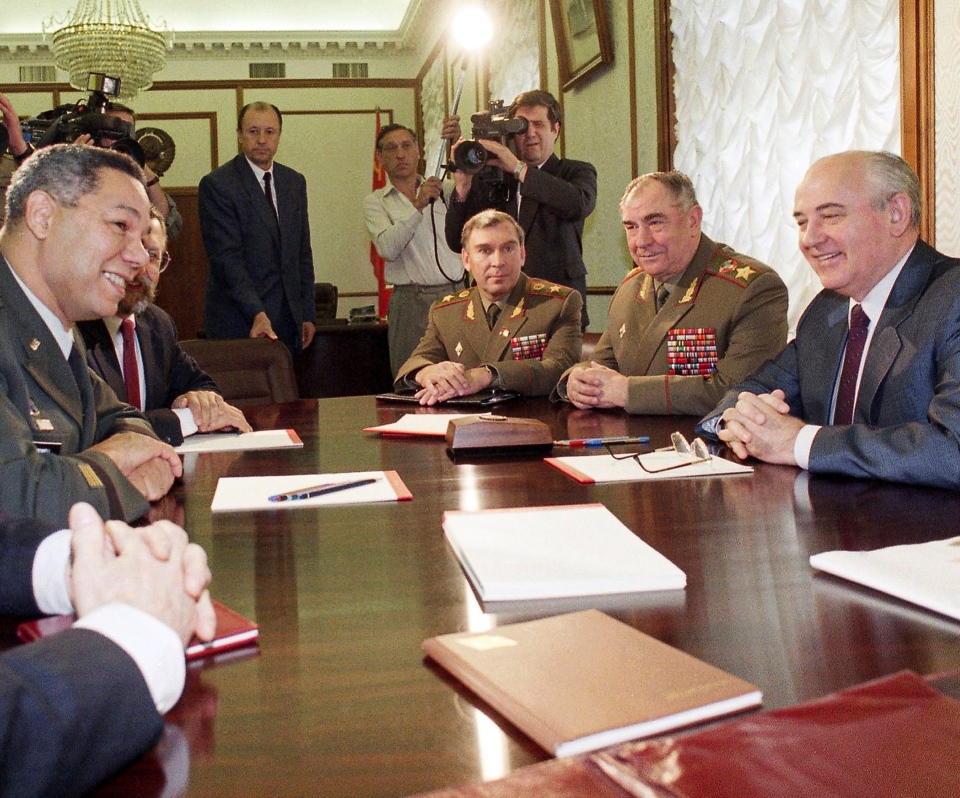 In this photo taken on July 24, 1991, Powell, in his role as U.S. Chairman of the Joint Chiefs of Staff, met with then-Soviet President Mikhail Gorbachev at the Kremlin in Moscow, Russia. (AP Photo, File) 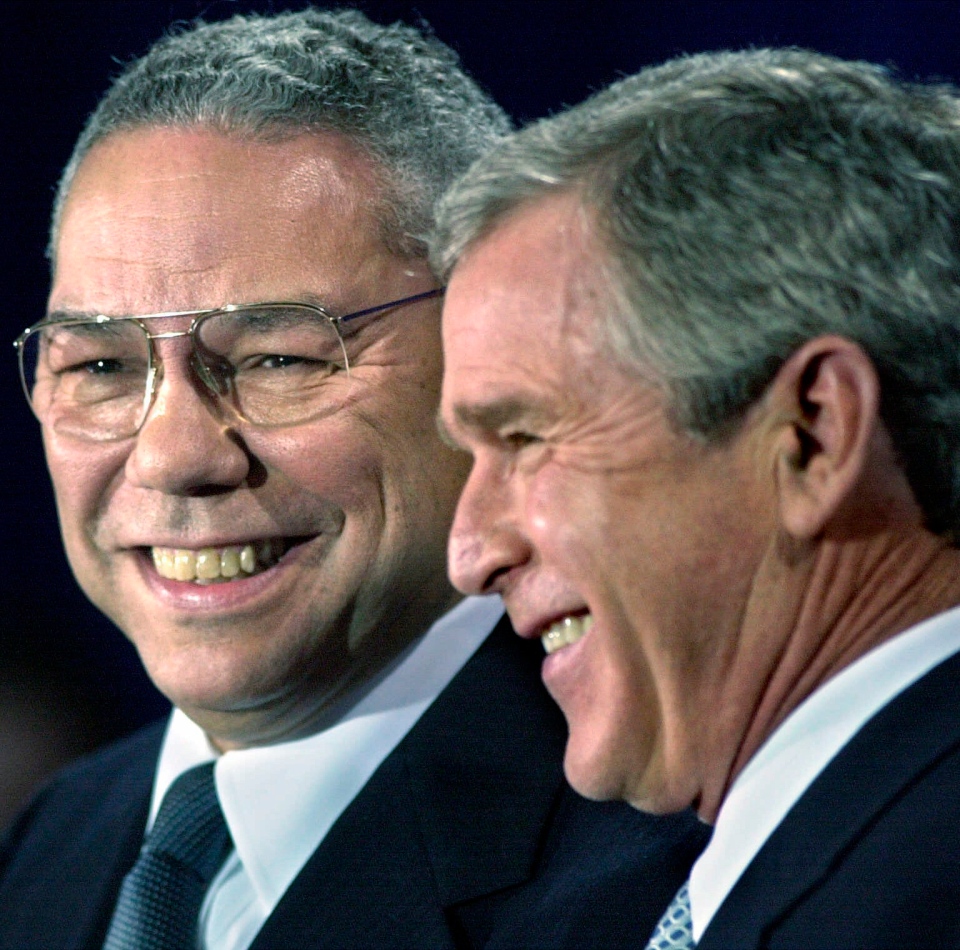 Powell was mentioned as a possible U.S. presidential candidate several times after he left the military. During a ceremony in Crawford, Texas on Dec. 16. 2000, then-U.S. President-elect Bush announced he was choosing Powell as his secretary of state – the first time a Black man was appointed to that role. (AP Photo/David J. Phillip) 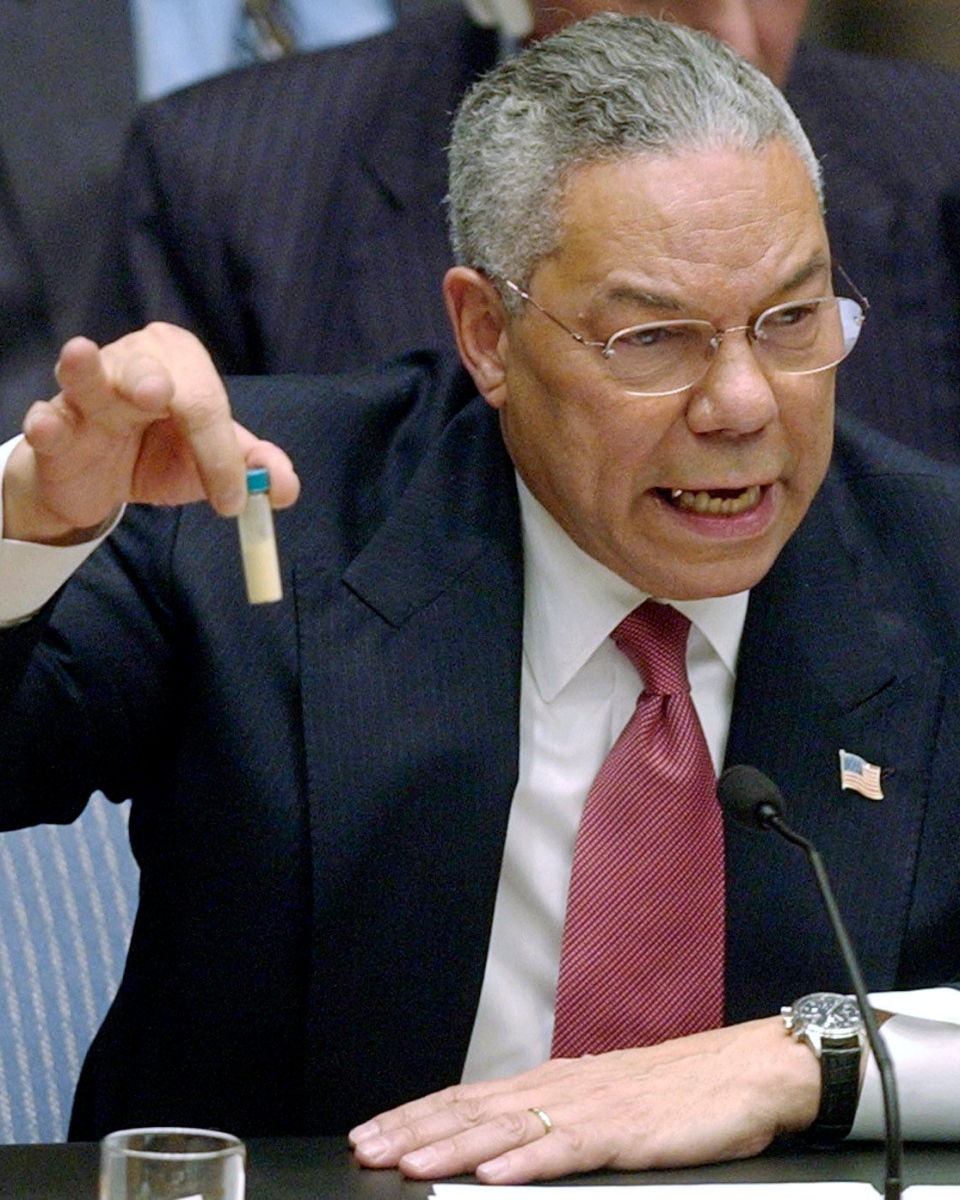 Eight months into his term, he faced an unprecedented crisis when 19 al-Qaeda extremists hijacked commercial airliners and carried out suicide attacks against targets in the U.S on 9/11. He supported military actions against the Islamic extremist group. In this Feb. 5, 2003 photo, before the United Nations Security Council, Powell presented a vial which he described as one that could have contained anthrax, as he presented evidence of Iraq's alleged weapons programs. Powell would later go on to call the speech a “blot” on his distinguished record. (AP Photo/Elise Amendola, File) 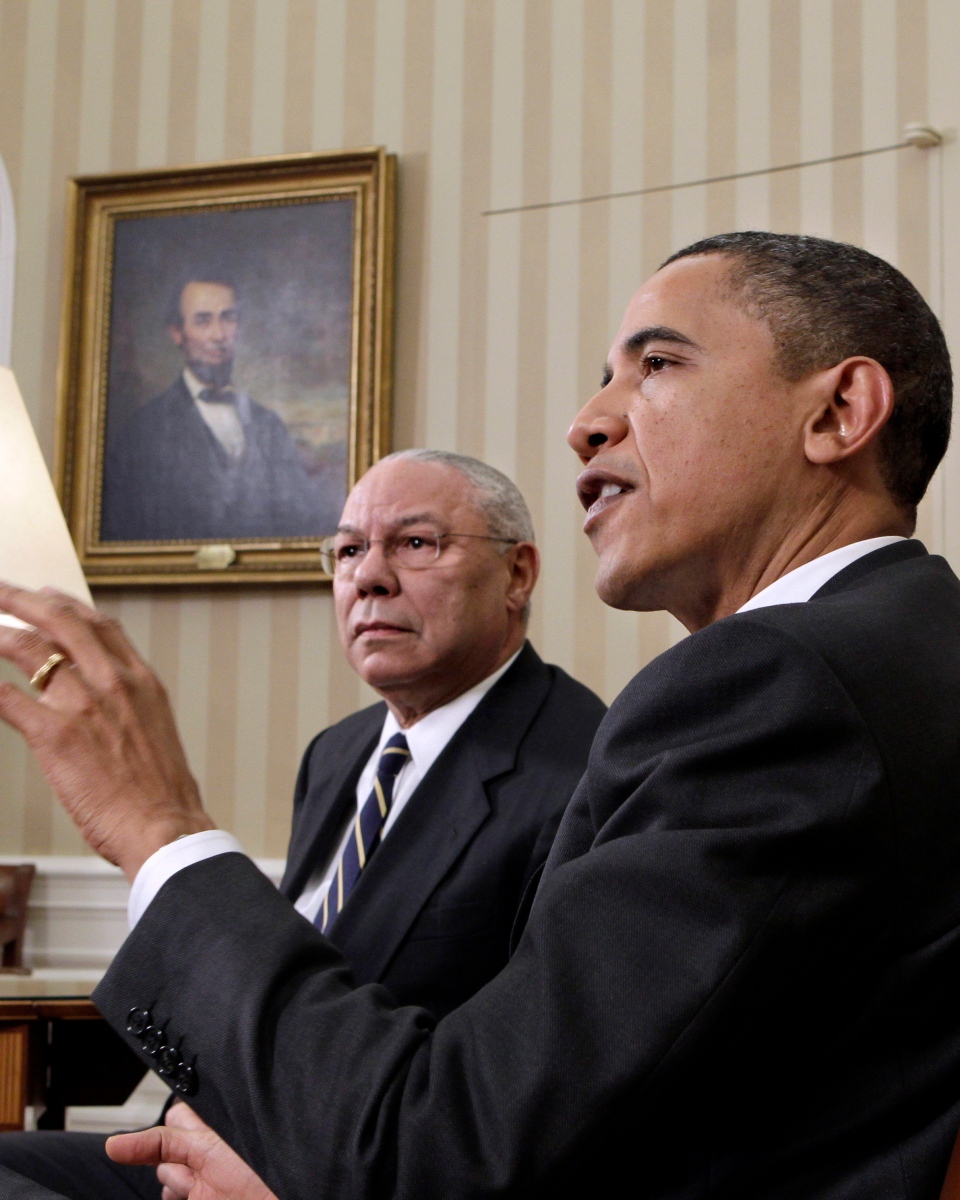 In this Dec. 1, 2010 file photo, U.S. President Barack Obama talks with reporters after his meeting with former Secretary of State Colin Powell on the importance of ratifying New START Treaty – the nuclear arms reduction agreement between the United States and the Russian Federation. (AP Photo/J. Scott Applewhite) 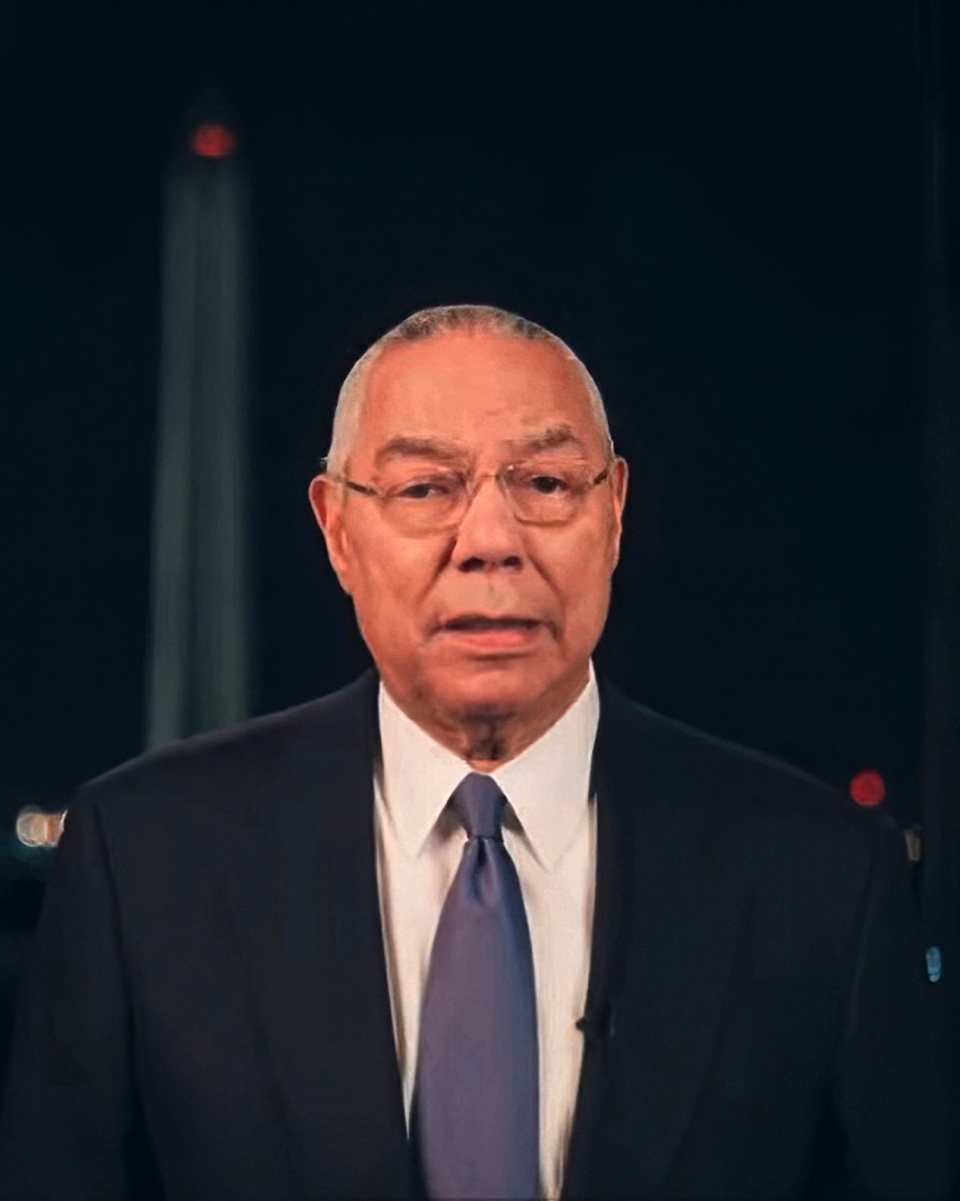 Although Powell identified as a Republican, he didn’t always toe the party line. He endorsed the U.S. Democratic nominees Barack Obama and Hillary Clinton during their presidential runs. And after the Jan. 6 insurrection at the U.S. Capitol, he said he could no longer call himself a Republican. This is a video still of Powell speaking during the second night of the U.S. Democratic National Convention on Aug. 18, 2020. (Democratic National Convention via AP)