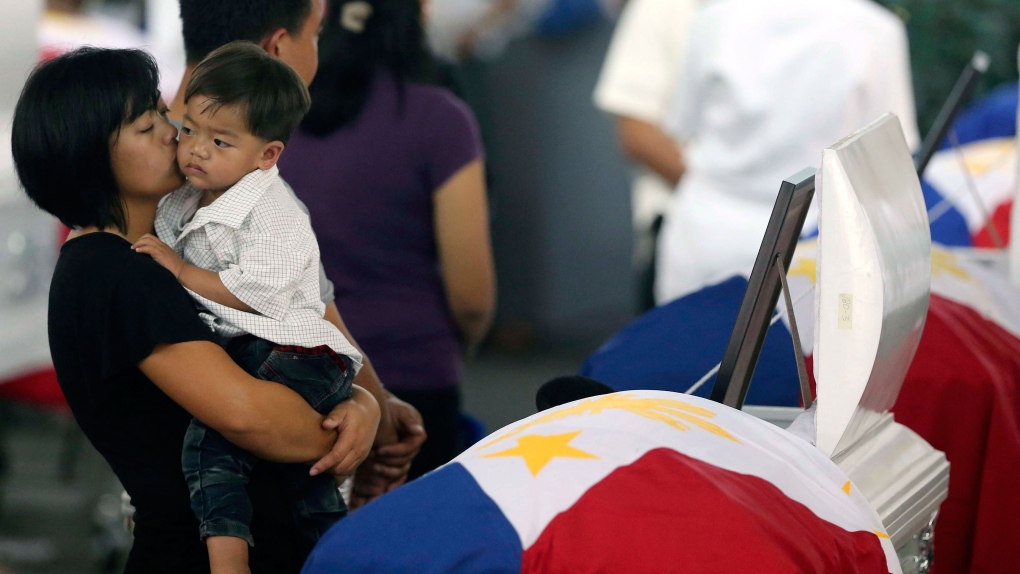 MANILA, Philippines -- The Philippine president said Friday he has ordered the hunt for a Filipino terror suspect who escaped an anti-terrorist operation that resulted in the killings of 44 police commandos, the biggest single-day combat loss in recent years that threatened to derail a peace deal with Muslim rebels.

Although Philippine forces have battled Muslim rebels for decades, the commandos' deaths have caused public outrage and tested the government's peace deal with the insurgents, which was signed last year.

Several lawmakers questioned the rebels' sincerity and at least two have withdrawn support from a pending law to implement an agreement granting minority Muslims autonomy in exchange for peace in the southern Philippines.

"As a president, even if I want to get mad, I cannot allow myself to be driven by emotion," Aquino said. "I cannot make careless decisions. If I allow anger to dominate, rather than resolving the problem, we will just worsen it."

Despite questions on the future of the peace deal, the government and rebel peace negotiators met Thursday in Malaysia, which hosts the peace talks, and signed rules for the decommissioning of the combatants and weapons of the 11,000-strong Moro Islamic Liberation Front.

Wearing a black arm band, Aquino offered prayers at each of 42 flag-draped coffins then handed a plaque and a medal to the officers' families during ceremonies in a police camp. Two of the slain commandos were immediately buried following Muslim tradition.

Flags were flown at half-staff in police camps and government buildings across the country and at the U.S. Embassy in Manila. Washington has been providing crucial intelligence and training to Filipino forces and the embassy promised U.S. support to the Philippines' anti-terror campaign.

Aquino has ordered an investigation and rebel chief Murad Ibrahim has said they will also conduct their own probe amid allegation they violated a cease-fire.

The main target of the pre-dawn operation in a marshy area in Maguindanao's Mamasapano township was Marwan. He shot it out with the policemen and was reportedly killed in a hut, but Usman escaped.

As other militants started firing, one of the commandos quickly chopped off Marwan's finger as proof of death and took pictures of the slain militant before beginning to withdraw. However, they were quickly surrounded by a growing number of militants in fierce fighting, police officials said.

Police Chief Superintendent Noli Talino, who helped oversee the assault, recalled in a eulogy that the commandos initially sent a cellphone message saying they found Marwan but later got pinned down by insurgents. They radioed for help, but reinforcements could not get near.

Holding back tears and his voice shaking, Talino asked if it was worth sacrificing 44 elite police troopers to get a notorious foreign terrorist.

In his own eulogy, Aquino said the police Special Action Force troopers were heroes to whom "the entire nation owes a big debt of gratitude."

"Number one on the list of things that should be done is the capture of Basit Usman. ... I assure you, we will get Usman."