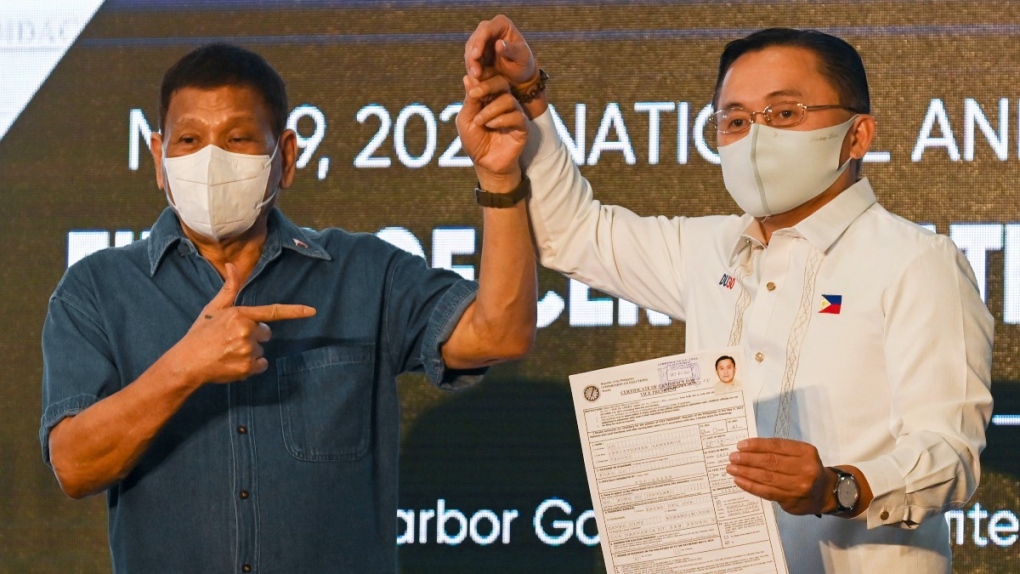 MANILA -- Philippines leader Rodrigo Duterte's preferred successor, Senator Christopher "Bong" Go, announced on Tuesday he was dropping out of the presidential race, leaving the administration without a candidate in next year's polls.

Go, Duterte's long-time aide, had recently hinted he may pull out of the presidential contest and said the president respected his decision.

His withdrawal raises questions over who the popular Duterte will now support in the May 2022 election. The 76-year old leader is not eligible to seek re-election, but will be standing for a senator's seat.

"I and President Duterte are ready to support whoever will truly serve and can continue and protect Duterte's legacy towards a more comfortable and safe and prosperous life for our children," Go said in a speech streamed on Facebook.

Analysts have said Duterte wants to ensure an ally succeeds him so he can be insulated from potential legal action at home or by the International Criminal Court, which has launched a probe into the thousands of killings in his "war on drugs."

Duterte's daughter, Davao Mayor Sara Duterte-Carpio, is running for the largely ceremonial deputy post alongside the son of late Philippine dictator and namesake, Ferdinand Marcos Jr., who has emerged as an early frontrunner.

Political observers say Go's withdrawal from the race would likely benefit the Marcos/Duterte-Carpio ticket as it would consolidate the Dutertes' voter base behind the 43-year-old mayor and that support could extend to Marcos.

"There is no more confusion in terms of administration support," said Aries Arugay, visiting fellow at the ISEAS Yusof-Ishak Institute and political science professor at the University of the Philippines.