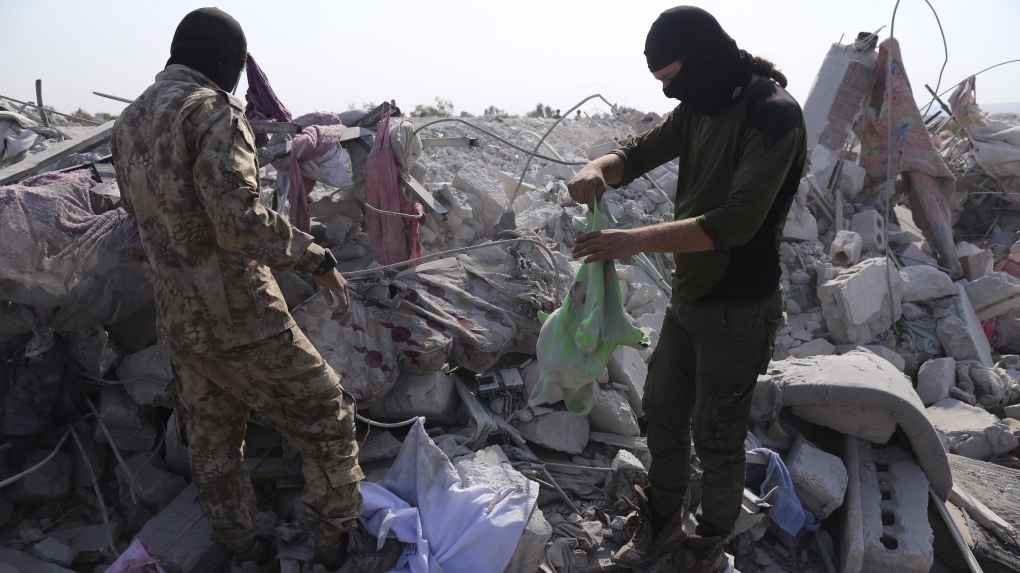 People look at a destroyed houses near the village of Barisha, in Idlib province, Syria, Sunday, Oct. 27, 2019, after an operation by the U.S. military which targeted Abu Bakr al-Baghdadi, the shadowy leader of the Islamic State group. (THE CANADIAN PRESS/AP, Ghaith Alsayed)

OTTAWA - A new report to the U.S. Congress by the Pentagon's top watchdog is painting a gloomy picture about the five-year-old fight against the Islamic State of Iraq and the Levant.

Among the findings by the U.S. Defense Department's inspector general was that there has been little progress over the past nine months in weaning Iraqi security forces off their heavy reliance on foreign assistance in fighting ISIS.

That is despite concerted training efforts by the international community, including Canada, which is leading a NATO training mission in Iraq that includes 250 Canadian military members.

The report also warns ISIS was able to use the U.S. military's recent drawdown in Syria and Turkey's subsequent invasion to regroup and strengthen its ability to plan attacks against the West.

And it says the co-ordination of international efforts to stabilize and rebuild the devastated country has also been hindered by the U.S. government's decision to withdraw many of its diplomats and the majority of its development staff in recent months.

Canada has been working with its allies to destroy ISIS since October 2014.