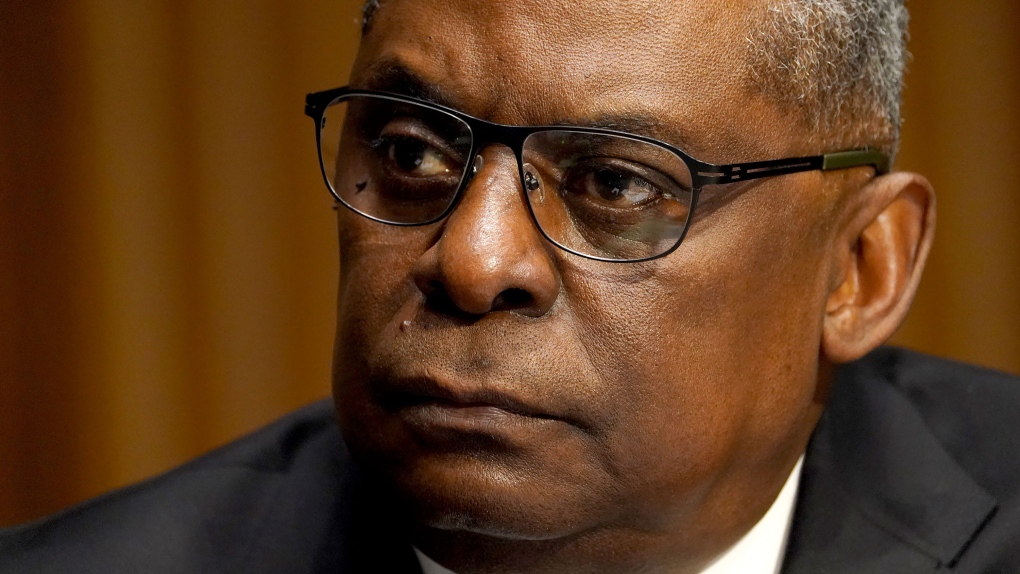 Secretary of Defense Lloyd Austin, seen in this file image from January 9, urged military service members on Wednesday to get vaccinated against the coronavirus after it was revealed one-third are opting out. (Greg Nash/Pool/Getty Images)

U.S. Secretary of Defense Lloyd Austin urged military service members to get vaccinated against the coronavirus in a video statement released Wednesday after it was revealed last week that approximately one-third have opted out of receiving doses.

"If you believe, as I did, that (being vaccinated is) the right thing for you ... I hope that you'll consider accepting it when it's offered to you," Austin said.

In the statement, Austin encouraged anyone who worries about the safety of the vaccine to visit the CDC and Defense Department websites for more information.

"You'll see that they are safe and they are effective. And you'll see that millions of your fellow citizens have already taken them with little to no side effects," Austin said.

The military cannot require troops to get the COVID-19 vaccine because it only has an emergency use authorization from the FDA at this point. Approximately one-third of service members eligible to receive the vaccine have opted not to do so.

Austin is currently on his first trip as defense secretary, focusing largely on COVID-19. On Wednesday, he visited a coronavirus vaccination site in Los Angeles manned by active-duty troops, where he touted the vaccine as "the most researched, tested vaccine that we've seen ever probably, and the efficacy is just incredible."

Asked specifically about mistrust in the African American community, Austin said, "Because of some things that have happened in the history, there's a degree of mistrust, and I think we have to collectively work hard to dispel rumors and to provide facts to people. And it's been my experience that when armed with the facts, people will tend to make the right decisions."

On Thursday, Austin is scheduled to visit vaccination sites on board the USS Essex and at Naval Air Station North Island. Austin will talk to service members to hear their opinions and views on the vaccine, Pentagon spokesman John Kirby said.

"The Secretary wants everyone to make the best, most informed decision they can about the vaccines. Just like he did. He also recognizes that there are many reasons why an individual may not get vaccinated. Sometimes, it isn't a matter of choice but of necessity," Kirby said. The military collects demographic data on service members who receive the vaccine, Kirby said, but there is no such data on service members who opt not to receive it.

Austin has made the fight against the coronavirus pandemic the top priority for the Pentagon, supporting the federal government's vaccination plan and urging members of the military to receive vaccines.

The Army announced on Wednesday that it will send 780 personnel to support five state-run vaccination sites in Florida and Pennsylvania at the request of the Federal Emergency Management Agency. Four smaller "type 2" teams with 139 personnel each will work in Tampa, Miami, Orlando and Jacksonville. One larger "type 1" team of 222 personnel will work in the Philadelphia Convention Center. The teams will arrive on Friday and will consist of military medical personnel and support staff.