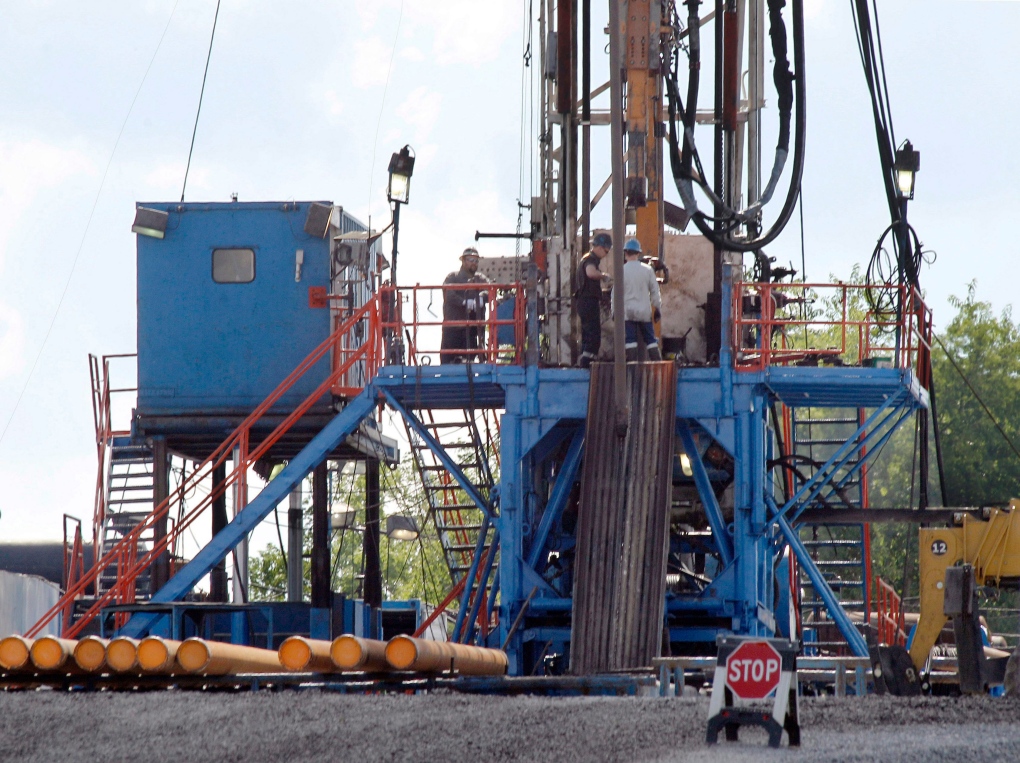 In this June 25, 2012 file photo, a crew works on a gas drilling rig at a well site for shale based natural gas in Zelienople, Pa. (AP Photo/Keith Srakocic)

Pennsylvania environmental regulators want to determine whether a series of minor earthquakes in the state this week were caused by nearby fracking operations by an oil and gas company.

Five tiny temblors, all too weak to be felt by humans, took place in a 22-hour span in Lawrence County, about 50 miles north of Pittsburgh and three-quarters of a mile from a natural gas well owned by Houston-based Hilcorp Energy Co. No damage was reported.

Hydraulic fracking, a method to extract gas or oil from underground shale, has been tied to earthquakes in neighbouring Ohio and other states, but never in Pennsylvania, the nation's No. 2 natural gas-producing state.

The state Department of Environmental Protection is consulting with seismologists and plans to meet with Hilcorp "for them to present geologic data they have collected in the area during and prior to drilling and stimulation," DEP spokesman Neil Shader said Friday.

He didn't say what action DEP would take if Hilcorp is found to have caused the tremors.

"The investigation has to be completed before considering any next steps," Shader said.

The privately held oil and natural gas producer did not return a call for comment.

Hilcorp stopped fracking the well in Mahoning Township about 12 hours after the first quake was recorded. A staffer with DEP's oil and gas program visited the site Tuesday and verified the shutdown.

Fracking involves the injection of millions of gallons of water, along with sand and chemicals, at high pressure into a well, shattering the shale rock and freeing the gas. It has very rarely been tied to earthquakes strong enough to be felt.

But in March 2014, Hilcorp's fracking operations were blamed for causing 77 earthquakes in Poland Township, Ohio, a few miles from this week's tremors in Pennsylvania. One of the temblors was magnitude 3.0, strong enough to be felt by residents and "potentially one of the largest earthquakes induced by hydraulic fracturing in the United States," Miami University (Ohio) geologists wrote in a study last year.

Ray Beiersdorfer, a geologist at Youngstown State University, said the Pennsylvania quakes likely occurred on the same fault as the ones in Ohio.

"The No. 1 hypothesis is that it would be fracking induced," said Beiersdorfer, who has consulted with an anti-drilling group. "There's a correlation in space and time and I think it's highly likely."

Ohio regulators responded to the 2014 quakes by barring Hilcorp from fracking seven existing wells, and from drilling any more wells on the pad nearest the quakes. They also developed new regulations, requiring any horizontal production well within three miles of a known fault, or in an area prone to earthquakes, to install seismic monitors, according to Eric Heis of the Ohio Department of Natural Resources.

The rules also apply to high-pressure injection wells that accept drilling wastewater, which have also been associated with seismic activity.