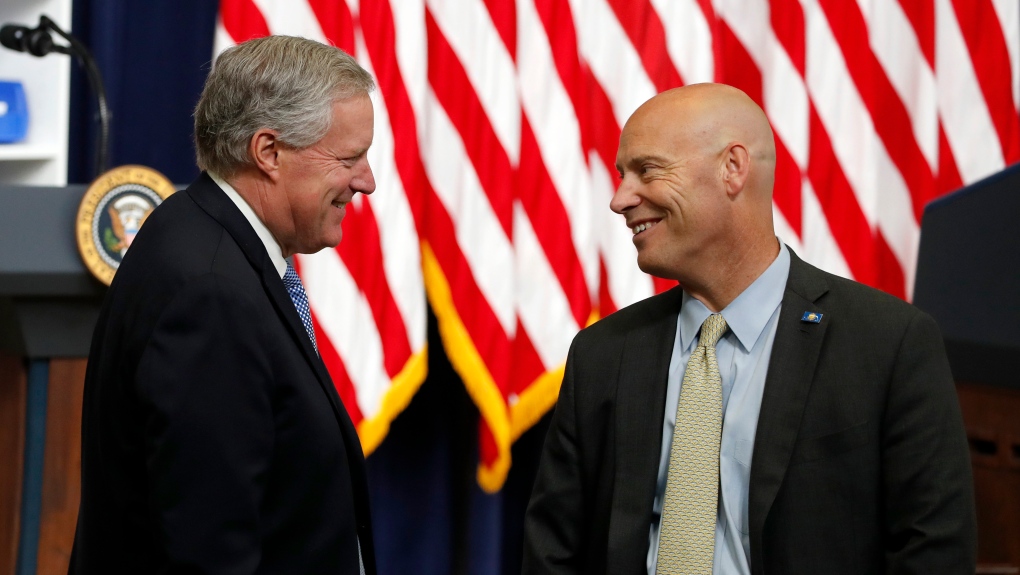 The former chief of staff to Vice-President Mike Pence is cooperating with the House panel investigating the Jan. 6 Capitol insurrection, according to a person familiar with the matter.

Marc Short was at the Capitol on Jan. 6 and accompanied Pence as he fled his post presiding over the Senate and hid from rioters who were calling for his hanging. Short is cooperating with the panel after receiving a subpoena, according to the person, who was granted anonymity to discuss the private interactions.

Former President Donald Trump was openly criticizing his vice-president even as the insurrectionists broke into the building because Pence had said he would not try to unilaterally reject the electoral count as Congress certified President Joe Biden's victory. Pence didn't have the legal power to do so, but Trump pressured him anyway.

As Pence's top aide, Short was also present for several White House meetings ahead of the insurrection. At one point, Trump banned Short from the White House grounds because he objected to the pressure on Pence to reject the legitimate election results.

Some people close to Pence were furious about the way that Trump tried to scapegoat the former vice-president on Jan. 6 and became even more incensed after Pence, his closest aides and his family were put in physical danger by the rioters.

Alyssa Farah, who served as Pence's press secretary before taking on other roles and left her job at the White House before Jan. 6, voluntarily met with Republicans on the House select committee and provided information.

In a series of tweets as the insurrection unfolded, Farah urged Trump to condemn the riots as they were happening and call on his supporters to stand down. "Condemn this now, @realDonaldTrump," she tweeted. "You are the only one they will listen to. For our country!"

The panel in November subpoenaed Keith Kellogg, who was Pence's national security adviser, writing in the subpoena that he was with Trump as the attack unfolded and may "have direct information about the former president's statements about, and reactions to, the Capitol insurrection." The committee wrote that according to several accounts, Kellogg urged Trump to send out a tweet aimed at helping to control the crowd.

The Jan. 6 panel has spoken to more than 250 witnesses, most of them voluntarily, committee leaders said last week, and plans a series of open hearings next year to make many of their findings public.

The committee has deposed a wide range of people, from Trump's own aides to organizers of his massive rally that morning to allies outside the White House who strategized how to overturn Biden's legitimate victory.

The panel has also interviewed election officials in crucial swing states such as Georgia, Arizona, Michigan and Pennsylvania who were pressured by the former president and his allies as he pushed false claims of election fraud.

Trump has derided the committee's work and continued to make claims about fraud that have been widely rejected by courts and election experts.