Paris wants a 'Princess Diana Square' at site of her death 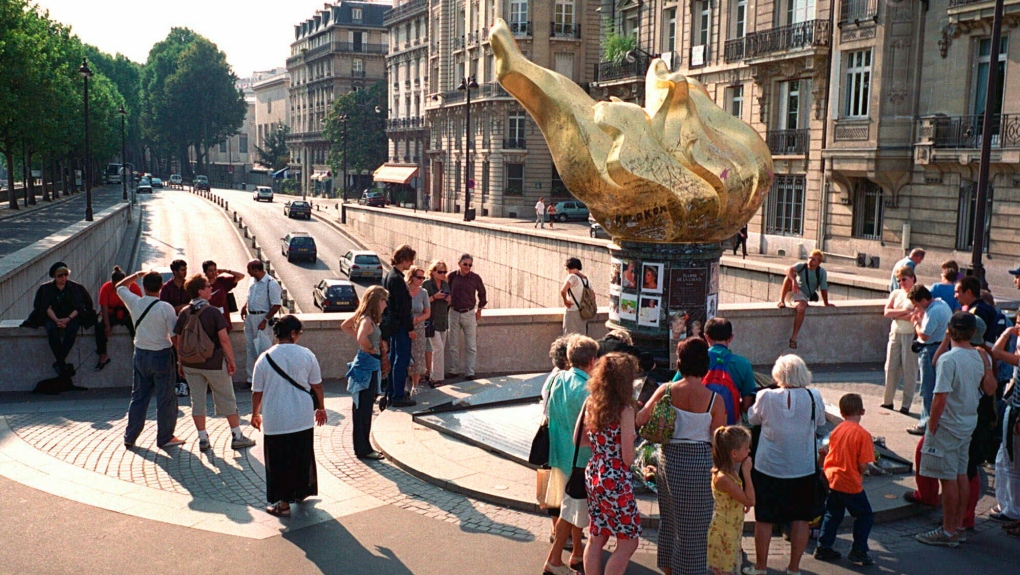 In this Thursday, Aug. 31, 2000 file photo, people gather around the gilded statue modeled on the flame of the Statue of Liberty that serves as an unofficial shrine to Princess Diana above the traffic tunnel where she died three years ago in Paris. (AP Photo/William Alix, File)

Paris City Hall wants to name a small plaza after Princess Diana, at the site of the 1997 car crash that killed the cherished British royal.

The site is adjacent to the Alma Tunnel where the accident occurred.

The plaza is currently named after opera singer Maria Callas. A city hall official said Thursday that the city council will vote next month on a measure to rename it after Diana. The city noted that Callas already has a nearby avenue named after her, and that the city wants to honour Diana for her humanitarian work.

The 36-year-old princess, her boyfriend and driver died after their Mercedes crashed into a concrete pillar in the tunnel.