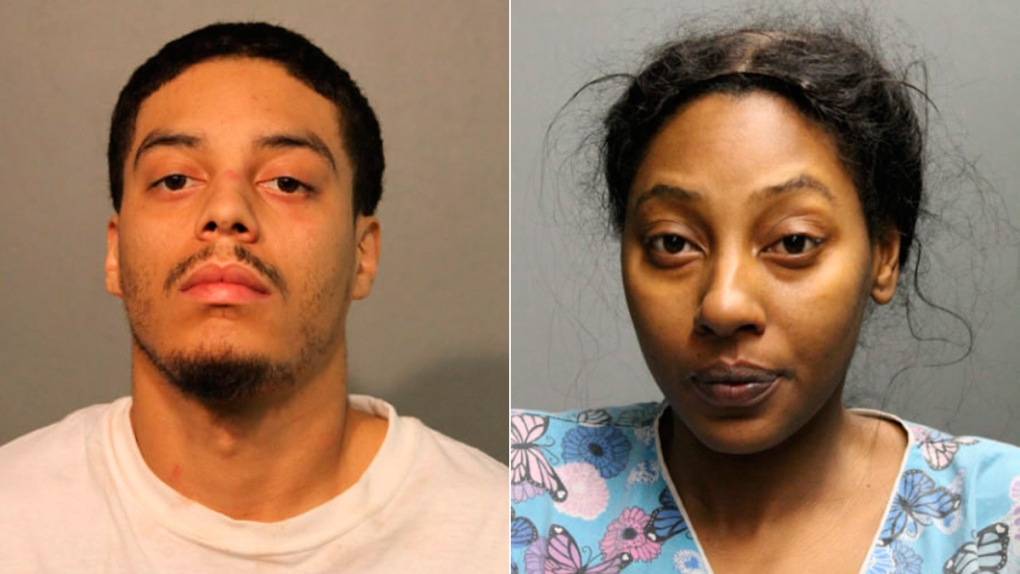 Travis McCoy, left, and Adriana Smith are seen in this composite image. (Chicago Police via AP)

CHICAGO -- Charges have been filed against the parents of a 1-year-old boy who was shot in the head as his parents struggled over a gun inside a Chicago home, police said.

It wasn't immediately known whether they had legal representation. A court hearing was scheduled for Thursday.

McCoy was arrested Monday after bringing the child to the hospital for treatment. The father told authorities that a gunman had shot the boy on a street nearby. However, police spokesman Anthony Guglielmi said investigators couldn't find a crime scene.

Detectives later determined no shooting occurred at the location McCoy pointed out to police and that the boy was wounded in a struggle in a home a half-block away. Guglielmi said the bullet didn't penetrate the boy's skull.