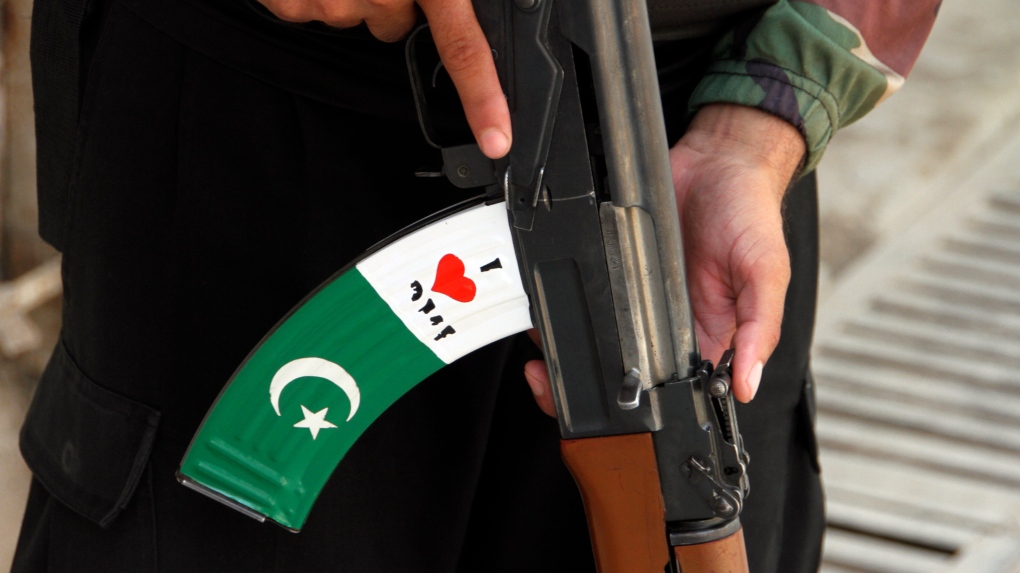 No one claimed responsibility for the attack on Monday in North Waziristan, a district in the Khyber Pakhtunkhwa province that borders Afghanistan. A military statement said four soldiers were martyred in the attack and that an investigation was underway.

The attack came a day after a late night roadside bombing in eastern Afghanistan struck a vehicle carrying members of the Pakistani Taliban, killing a senior leader and three other militants traveling with him.

The Pakistani Taliban blamed intelligence agents for the high-profile killing on Sunday night, without offering evidence or elaborating.

The slain leader of the Pakistani Taliban -- the Tehrik-e-Taliban Pakistan or TTP -- was Abdul Wali, also widely known as Omar Khalid Khurasani.

Khurasani's death was a heavy blow to the TTP, which is in talks with the Pakistani government amid an ongoing cease-fire, announced in May. Isolated militant attacks have continued, though the TTP has not claimed responsibility for any of them since the truce first went into effect. The talks are being hosted by the Afghan Taliban.

Two local Pakistani intelligence officials told The Associated Press that Monday's suicide bombing in the town of Mir Ali also wounded an unspecified number of civilians and soldiers. The officials would not elaborate and spoke on condition of anonymity because they were not authorized to speak to the media on the record.

The Pakistani Taliban are a separate group but allies of the Afghan Taliban, who seized power in Afghanistan a year ago as the U.S. and NATO troops were in the final stages of their pullout.

The Taliban takeover in Afghanistan has emboldened the Pakistani Taliban to intensify their demands for stricter enforcement of Islamic laws in Pakistan, release of their members from government custody, and a reduction of military presence in Pakistan's former tribal regions.

Families of missing and murdered Indigenous women seek change ahead of Oct. 4 vigils

A group of family members of Indigenous women killed across B.C. is calling for more police accountability and improved communication when investigating missing person cases across jurisdictions. The families spoke out on the eve of Canada-wide Sisters in Spirit vigils Oct. 4 to honour missing and murdered Indigenous women and girls.

Hockey Canada's board chairs to answer to feds, Nicholson deferred to later date

Hockey Canada's board chairs, past and present, will answer to the federal government today on the hockey body's handling of alleged sexual assaults and how money was paid out in lawsuits.

Rent support, dental cheques would be 'eviscerated' by inflation: Conservatives

Liberal payments for dental care and rental housing will only add to inflation, without providing relief from the rising cost of living, Conservative MPs argued in the House of Commons on Monday.