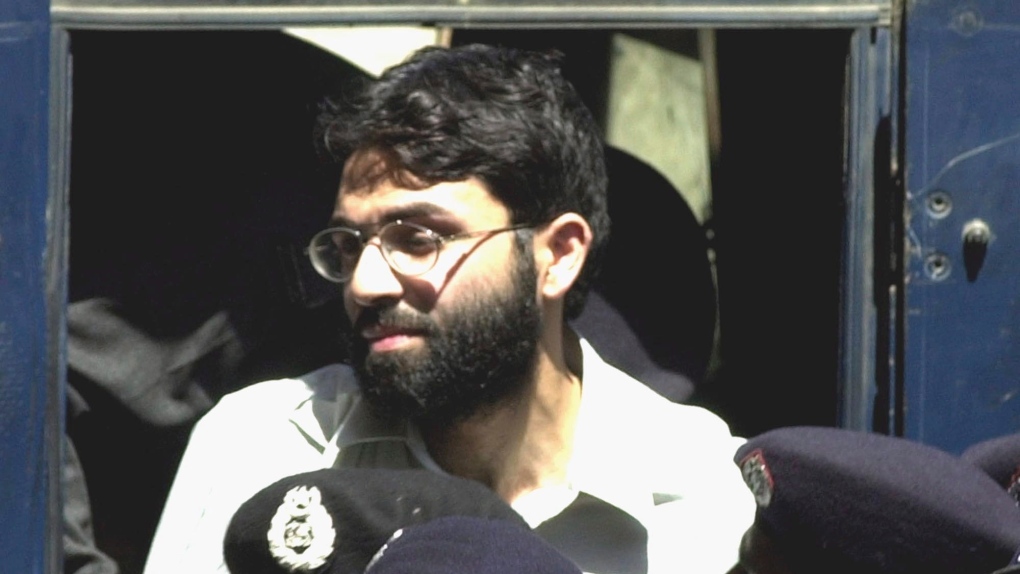 KARACHI, PAKISTAN -- A Pakistani court on Thursday overturned the murder conviction of a British Pakistani man found guilty of the 2002 kidnapping and killing of Wall Street Journal reporter Daniel Pearl.

Instead, the court found Ahmed Omar Saeed Sheikh guilty of the lesser charge of kidnapping and sentenced him to seven years in prison.

Pearl disappeared Jan. 23, 2002 in Karachi while researching links between Pakistani militants and Richard C. Reid, who became known as the "shoe-bomber" after he was arrested on a flight from Paris to Miami with explosives in his shoes. Prosecutors said Saeed lured Pearl into a trap by promising to arrange an interview with an Islamic cleric who police believed was not involved in the conspiracy.

One of Saeed's lawyers, Khwaja Naveed, said Saeed could go free unless the government chooses to challenge the court decision. Faiz Shah, prosecutor general for southern Sindh province, said the government will appeal to the Supreme Court of Pakistan.

The Committee to Protect Journalists issued a statement expressing disappointment at the court decision and supporting an appeal.

UN spokesman Stephane Dujarric, asked for Secretary-General Antonio Guterres' response, said: "We stand against the use of the death penalty. We do, however, strongly believe that there needs to be accountability for people who take the lives of others, especially in this case of a journalist."

Saeed has already spent 18 years in prison in southern Hyderabad on death row. The seven-year sentence for kidnapping was expected to be counted as time served, said Naveed.

The Sindh High Court also acquitted three others accused in the case: Fahad Naseem, Sheikh Adil, and Salman Saqib, who were earlier sentenced to life in prison. The defendants were also collectively fined $32,000.

"Justice has been done for my clients," said Naveed.

Saeed, a former student at the London School of Economics, and the others were convicted in 2002.

A videotape received by U.S. diplomats in February, 2002 confirmed that Pearl, 38, was dead. He had been beheaded.

In court testimony and emails released during the 2002 trial, Saeed said he developed a personal relationship with Pearl, with both sharing their concerns about their wives, who were both pregnant at the time. Marianne Pearl gave birth to their son Adam in May 2002.

The Pearl Project, an investigative journalism team at Washington's Georgetown University, carried out a three-year investigation into Pearl's kidnapping and death. They concluded the reporter was beheaded by Khalid Sheikh Mohammad, who was arrested in Pakistan in 2003 and later described as the architect of the 9-11 terrorist attacks on the United States. Mohammad is a prisoner at the U.S. Naval Base at Guantanamo Bay, Cuba.

Soon after Pearl disappeared, Pakistani and U.S. news organizations received emails from the previously unknown National Movement for the Restoration of Pakistani Sovereignty. The group demanded better treatment for Taliban and al-Qaida prisoners at Guantanamo.

FBI agents traced the emails to Saeed, who admitted his role in the kidnapping during his first court appearance but later recanted.

"Right or wrong I had my reasons," Saeed told the court at the time. "I think that our country shouldn't be catering to America's needs." The statement was ruled inadmissible because it was not made under oath.

Saeed had been arrested in 1994 by Indian authorities, accused of kidnapping three Britons and an American, who were all freed unharmed, in Indian-ruled Kashmir, Hindu India's only Muslim- dominated region. Kashmir is divided between Pakistan and India but coveted by each in its entirety.

Since 1989, an insurgency in Indian-held Kashmir has been demanding either outright independence for a united Kashmir or union with Muslim-majority Pakistan.

In 1999, India freed Saeed and two other militants in exchange for the release of 155 passengers and crew aboard an Indian Airlines plane hijacked to Kandahar, Afghanistan.

The Pearl kidnapping was the first of five attacks against Westerners in Pakistan in 2002. A grenade attack against a Protestant church in Islamabad on March 17 killed five people, including two Americans and the attacker.

Gannon reported from Islamabad. Associated Press writers Munir Ahmed in Islamabad and Edith M. Lederer at the United Nations contributed to this report.