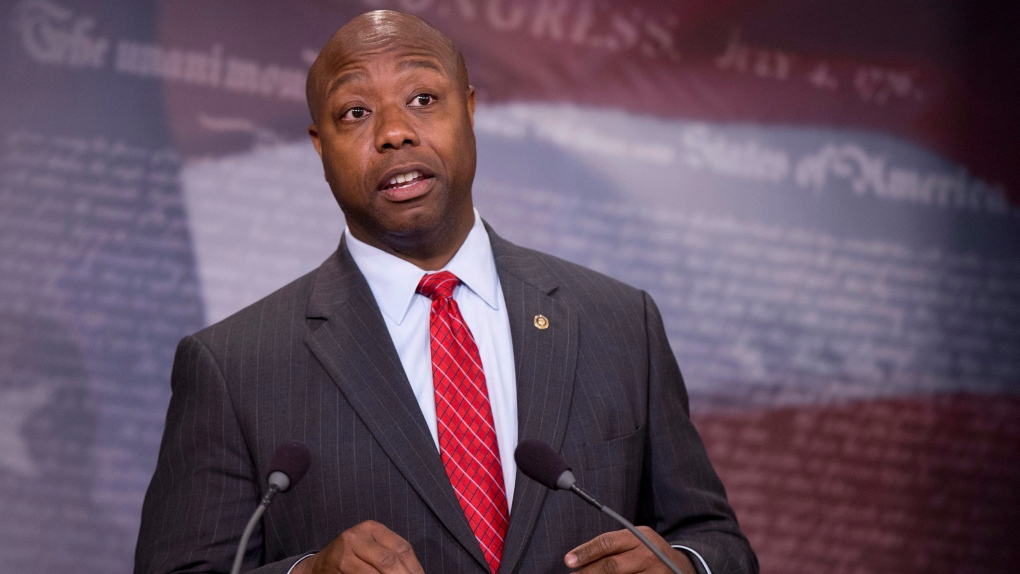 The Republican Party’s only African-American senator told the U.S. Congress Wednesday that, since he came into office, he was stopped seven times by police in a single year.

South Carolina Senator Tim Scott prefaced his emotional speech by stating that although he believes the vast majority of law-enforcement officers want to do good, “some simply do not – and I’ve experienced it myself.”

Scott said that there is a “trust gap” between police and African-Americans like him.

He cited the deaths of New Yorker Eric Garner, who died after he was placed in a chokehold by police, North Carolinian Walter Scott, who was shot in the back while running from police, and Philando Castile, killed earlier this month during a traffic stop in Minnesota. All those deaths were caught on video, leading to protests from the Black Lives Matter movement.

Scott said he was mostly pulled over “for nothing more than driving a new car in the wrong neighbourhood, or some other reason just as trivial.”

He described one time when an officer pulled him over for not signalling a left turn, despite the fact he knew he was being followed by a cop and so made sure to signal.

He also talked of a time when a police officer suggested, without any cause, that his car was stolen.

Scott said that one of his black staffers in Washington, D.C., got so tired of being pulled over in his nice car that he sold it.

“Imagine the frustration, the irritation, the loss of dignity that accompanies each of those stops?” he said.

“While I thank God that I have not endured bodily harm, I have however felt the pressure applied by the scales of justice when they are slanted,” he said.

“I have felt the anger, the frustration, the sadness and the humiliation that comes with feeling like you’re being targeted for nothing more than being just yourself,” he added.

Scott emphasized that there is “no acceptable reason to harm a member of our law enforcement community.”

Scott quoted Dr. Martin Luther King Jr., saying that “returning violence with violence only leads to more violence and to even darker nights—nights, to paraphrase, without stars.”

The senator added that “it’s time for this American family to have a serious conversation about where we are, where we’re going and how to get there. We must find a way to fill these cracks in the very foundation of our country.”

The senator said he will attempt to offer solutions in a future speech.

“Today, however, I simply ask you this: recognize that just because you do not feel the pain, the anguish of another, does not mean that it does not exist. To ignore their struggles, our struggles, does not make them disappear.”

A Harvard economist’s study, released last week, showed that African-Americans are far more likely to experience non-lethal use of force from police.