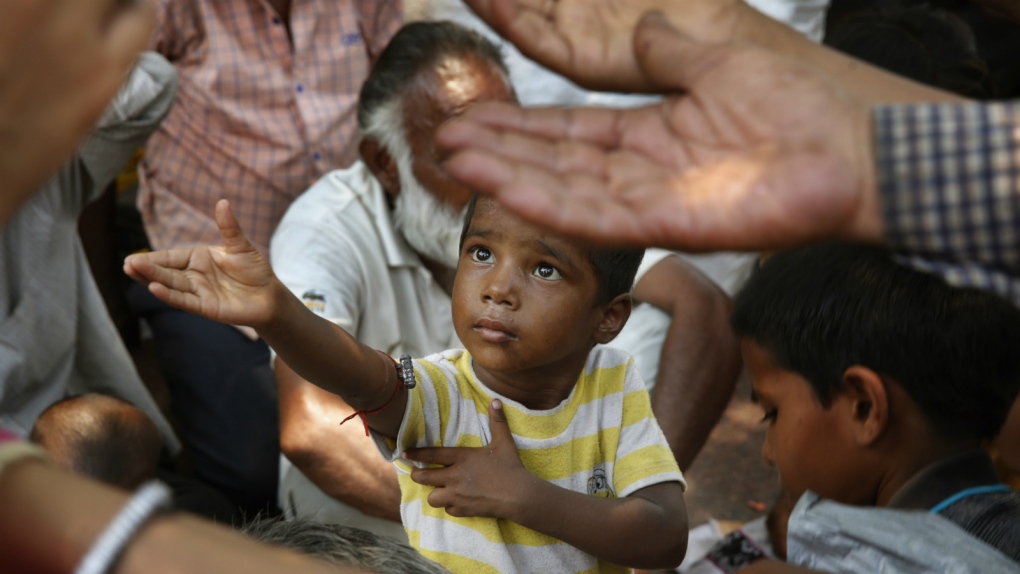 An Indian child stretchers his arm to receive free food being distributed outside a Hindu temple, in New Delhi, India on June 23, 2015. (AP / Manish Swarup)

Nearly one fifth of children in the world's developing countries are living in extreme poverty, according to a new report by the World Bank Group and UNICEF.

The report entitled "Ending Extreme Poverty: A Focus on Children," released Monday, found that in 2013, 19.5 per cent of children in developing countries lived in households making an average of $1.90 a day or less, compared with just 9.2 per cent of adults.

Around the world, nearly 385 million children were living in extreme poverty, the report said.

The report found that the highest share of children living in extreme poverty were in Sub-Saharan Africa, with just over 50 per cent. The next highest share was in South Asia with 36 per cent, with over 30 per cent of those living in India.

To remedy the problem UNICEF and the World Bank Group called on governments to focus on children in their national poverty reduction plans, strengthen programs that aid children and prioritize investment in programs that benefit the poorest children.

The global estimate of extreme child poverty is based on data from 89 countries, representing 83 per cent of the developing world's population.