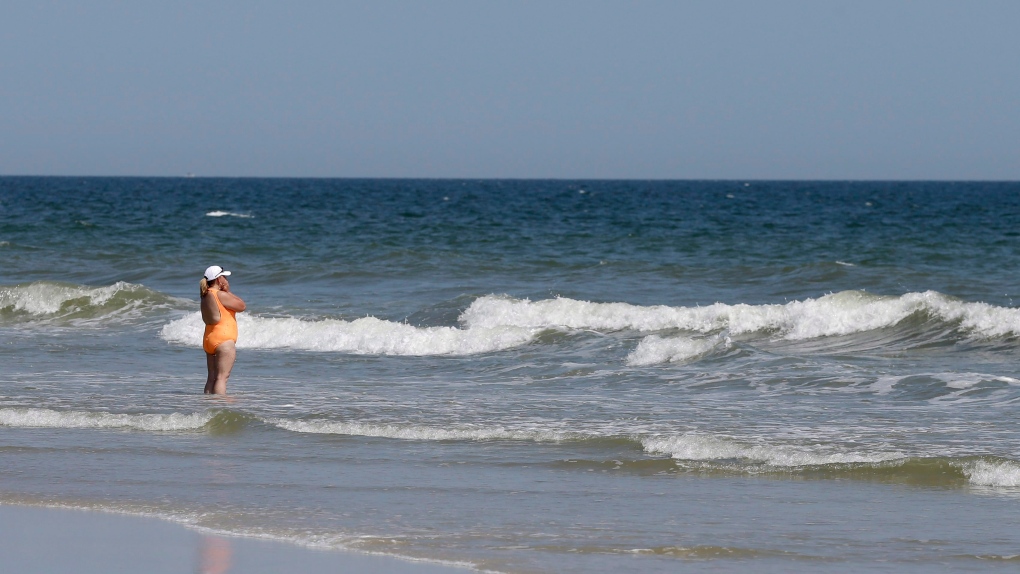 OAK ISLAND, N.C. -- A woman says her husband was killed on the North Carolina coast when a wave crashed into him, slamming his head into the sand and breaking his neck.

Shannon Dingle tweeted about Lee Dingle's death, saying "my partner, my love, and my home died today after a freak accident."

She said her husband was playing in the water Thursday with several of their six children when he was hit by the intense wave.

Dingle is a writer whose work focuses on surviving sexual assault and parenting. A GoFundMe for the Raleigh family raised nearly US$150,000 as of Monday.

My partner, my love, and my home died today after a freak accident. Lee was playing on the beach with three of our kids yesterday, and an intense wave hit him just right to slam his head into the sand and break his neck. 1/