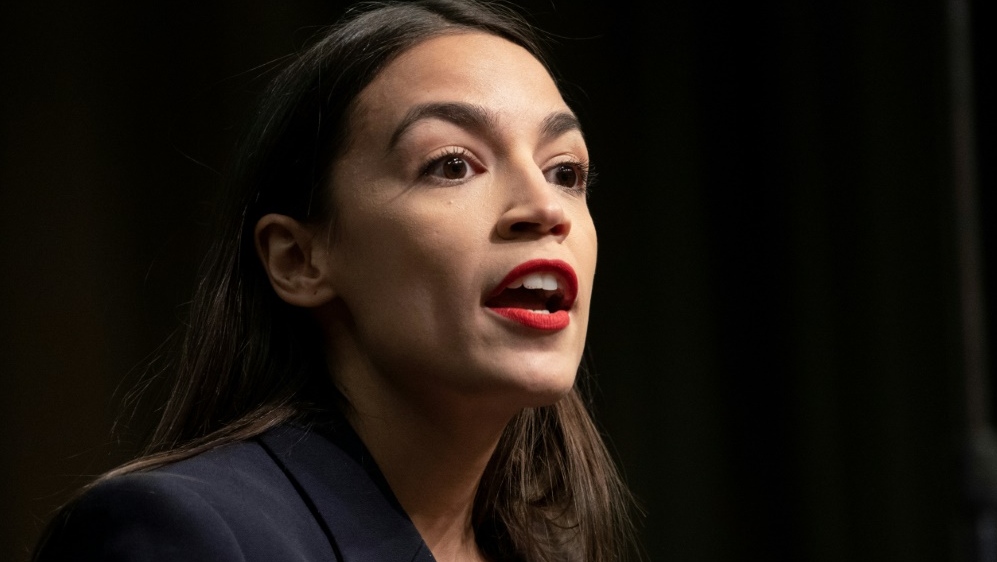 U.S. Representative Alexandria Ocasio-Cortez has accused U.S. authorities of operating "concentration camps" at the southern border, where thousands of migrants are in detention

WASHINGTON, United States - U.S. Congresswoman Alexandria Ocasio-Cortez on Tuesday defended her accusation that the United States was operating "concentration camps" on its southern border, drawing ferocious criticism from Republicans who said she demeaned Jews murdered in the Holocaust.

During a live stream late Monday the popular first-term New York Democrat assailed the conditions of detention centers housing thousands of migrants who have crossed the border from Mexico.

"The United States is running concentration camps on our southern border, and that is exactly what they are," Ocasio-Cortez, widely known as AOC, said in a lengthy live post on Instagram.

"The fact that concentration camps are now an institutionalized practice in the home of the free is extraordinarily disturbing, and we need to do something about it," she said, as she denounced the "authoritarian and fascist presidency" of Trump.

"I don't use those words lightly," she added. "I use that word because that is what an administration that creates concentration camps is."

AOC highlighted how U.S. authorities this week moved some child migrants to an Oklahoma military base that was used as an internment camp for Japanese Americans during World War II.

The U.S. is facing a surge in migrant arrivals from impoverished Central American countries which are plagued by gang violence, and the numbers have overwhelmed the ability of US authorities to temporarily shelter and process them.

Migrant apprehensions at the border with Mexico soared to 144,000 in May, the highest number in 13 years.

The lawmaker's comments infuriated Republicans including the party's third ranking congresswoman Liz Cheney, who urged Ocasio-Cortez to "spend just a few minutes learning some actual history" about the six million Jews exterminated in the Holocaust.

"You demean their memory and disgrace yourself with comments like this," Cheney said.

AOC quickly tweeted back: "Since you're so eager to 'educate me,' I'm curious: What do YOU call building mass camps of people being detained without a trial? How would you dress up DHS's mass separation of thousands children at the border from their parents?"

Several other Republicans weighed in with criticism, including Senator Lindsey Graham who said that "comparing the men and women serving our country to concentration camp guards (does) the Congress and country a great disservice."

Ocasio-Cortez defended her use of the term concentration camp, citing experts including a rabbi who say there is a distinction between concentration camps run by Germany in the 1930s and the extermination camps, or death camps, that the Nazis operated beginning in 1941.

"@AOC, the face of the Democratic Party, is comparing the southern border to the holocaust," he tweeted.

This administration has established concentration camps on the southern border of the United States for immigrants, where they are being brutalized with dehumanizing conditions and dying.

This is not hyperbole. It is the conclusion of expert analysis ⬇️https://t.co/2dWHxb7UuL