Obama lifts ban on transfer of Gitmo detainees to Yemen 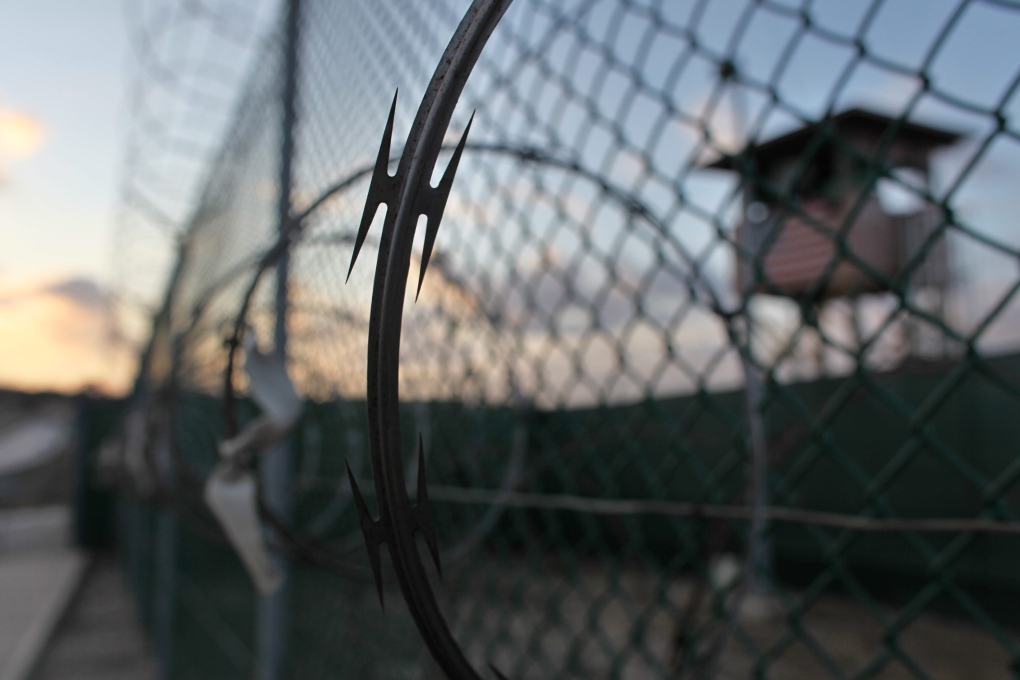 WASHINGTON -- President Barack Obama is lifting his self-imposed ban on transferring Guantanamo Bay detainees to Yemen, a step toward his goal of closing the U.S. military-run prison that he said "has become a symbol around the world for an America that flouts the rule of law."

Nearly 100 of the 166 terrorist suspects held at the prison in Cuba are from Yemen and have had nowhere to go even if they had been cleared for transfer. Obama wouldn't send them home, and no other country was welcoming them. Their hopelessness after a decade or more of imprisonment has contributed to a hunger strike at the detention facility that helped reignite the long-stalled effort to close it.

A leadership upheaval in Yemen has improved the country's security but not eliminated a terrorist organization trying to recruit jihadists.

But Obama's decision announced Thursday is not without risk. Detainees who have been released to Yemen in the past have joined terrorist fighters in the Arab nation. The security concerns prompted Obama to suspend transfers to Yemen in January 2010 after a Nigerian man attempted to blow up a U.S.-bound flight on Christmas Day 2009 with explosives hidden in his underwear on instructions from al-Qaida operatives in Yemen.

Sen. Saxby Chambliss, an opposition Republican, was among those on Capitol Hill criticizing Obama's change in policy.

"Between December 2009 and today, has Yemen shown any indication that they are more capable of looking after those individuals? Absolutely not," Chambliss said. "And If we were to transfer those individuals to Yemen, it would be just like turning them loose."

Yemeni watchers in the U.S. say there is reason to hope security has improved since longtime authoritarian leader Ali Abdullah Saleh was ousted after mass uprisings last year. Al-Qaida had been on the upswing under Saleh, but his successor, Abed Rabbo Mansour Hadi, has made fighting terrorism a top goal and restored co-operation with the United States in the effort.

Obama announced that he was lifting the moratorium on Yemeni transfers in a speech at the National Defence University in which he also defended targeted killings by U.S. aerial drones and pushed Congress anew to authorize Guantanamo's closure.

The president did not explain his rationale behind the change in Yemen policy, but senior administration officials cited Hadi's leadership as an increasingly able partner to the U.S.

A Yemeni official told The Associated Press that a delegation, including the country's human rights minister, returned this week after a trip to Washington, where they agreed to set up of a rehabilitation centre to help reintegrate detainees with the support of the U.S. and other Arab nations.

Rageh Badi, an adviser to Yemen's prime minister, said in an interview that the transfer ban had cast a shadow on the relations with the United States. Badi said lifting the ban is a "welcome step, a progressive one that removes much of the ambiguity and confusion between the U.S. administration and the Yemeni government."

Yemeni authorities previously had a system to monitor returned detainees, but it ceased to function after massive anti-government protests swept most of the country, starting in early 2011. Of the estimated 30 Yemenis who returned from Guantanamo, only a handful had stayed in Sanaa, the capital, while the rest moved to remote areas where government authority is minimal, or nonexistent.

David Remes, an attorney who represents many Guantanamo detainees, described a system roughly like parole for his clients who have been released to Yemen. He said they have been flown in shackles aboard a military aircraft back to Sanaa and turned over to state forces, who spend a couple days debriefing them about their years of captivity before they return to their families. If they want to leave town, they are required to register with state security forces, who keep track of their movements, Remes said.

"Although there is no such thing as zero risk, the men who have returned from Guantanamo are overwhelmingly living peaceful lives," Remes said. "And you can't hold 99 of 100 men captive because one might engage in bad acts when he is released, even two."

Yet some have returned to jihad. Among them is Saeed Ali al-Shihri, who emerged as the second-most senior commander of Yemen's branch of al-Qaida after being released from six years of detention at Guantanamo Bay. Yemini officials said in January that al-Shihri was killed in a U.S. drone attack, but al-Qaida denied he was killed and last month released an audio recording of him criticizing Yemen's neighbour Saudi Arabia for its policy of allowing the U.S. to launch drone strikes from bases in the kingdom.

In confusion that underscores how difficult it can be to keep track of former detainees, it was the second time the group denied al-Shihri's death. U.S. officials had previously announced al-Shihri's death in an airstrike in September last year. A DNA test, however, proved that the body recovered was not that of al-Shihri.

According to security officials in Yemen, there has not been any evidence to link any of the returnees with suicide bombings in the country. However, some of them are thought to have fought against government forces in the southern Abyan province in 2011 and 2012, when al-Qaida fighters took advantage of the security vacuum to seize large swathes of the area before they were pushed back by security forces last year. The officials spoke on condition of anonymity because they were not authorized to speak to the media.