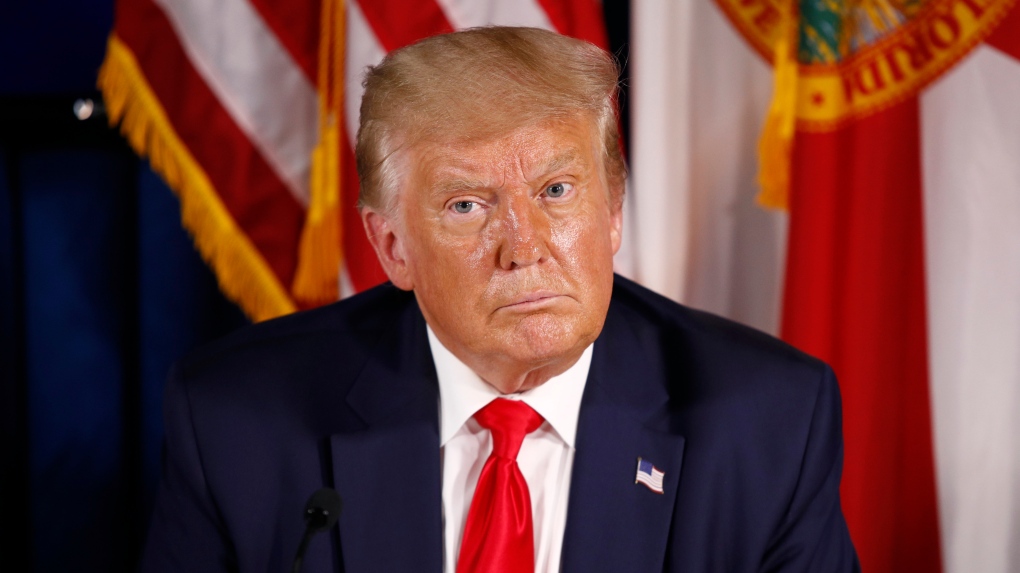 NEW YORK -- The New York prosecutor who has been fighting, unsuccessfully so far, to get U.S. President Donald Trump's tax returns had better luck last year getting a bank to turn over his financial records.

The bank complied with the subpoena, turning over records including financial statements Trump gave the bank when he was borrowing money, two of those people told the Times.

Vance's office declined to comment on the report. Attorneys for Trump and for Deutsche Bank didn't immediately respond to requests for comment.

The Manhattan prosecutor, who is a Democrat, was among several authorities in New York who launched investigations last year after Trump's former personal lawyer, Michael Cohen, told congress that the president had a practice of misleading business associates and tax officials about the value of his assets.

Vance hasn't disclosed details about his probe, but his lawyers told a federal judge this week that it was a "complex financial investigation" that followed public reports of "extensive and protracted criminal conduct at the Trump Organization."

As part of the investigation, Vance asked Trump's accountants to turn over eight years of his personal and corporate tax records. The accounting firm has yet to comply as Trump and Vance have battled in court over the validity of the subpoena.

Other investigators have requested records from Deutsche Bank, which was one of the few banks willing to lend to Trump after a series of corporate bankruptcies starting in the early 1990s.

Two congressional committees, both controlled by Democrats, subpoenaed the bank for documents related to Trump, who sued to block their release.

Trump has said the investigations are all politically motivated. Earlier this week, he called Vance's investigation "a continuation of the witch hunt."