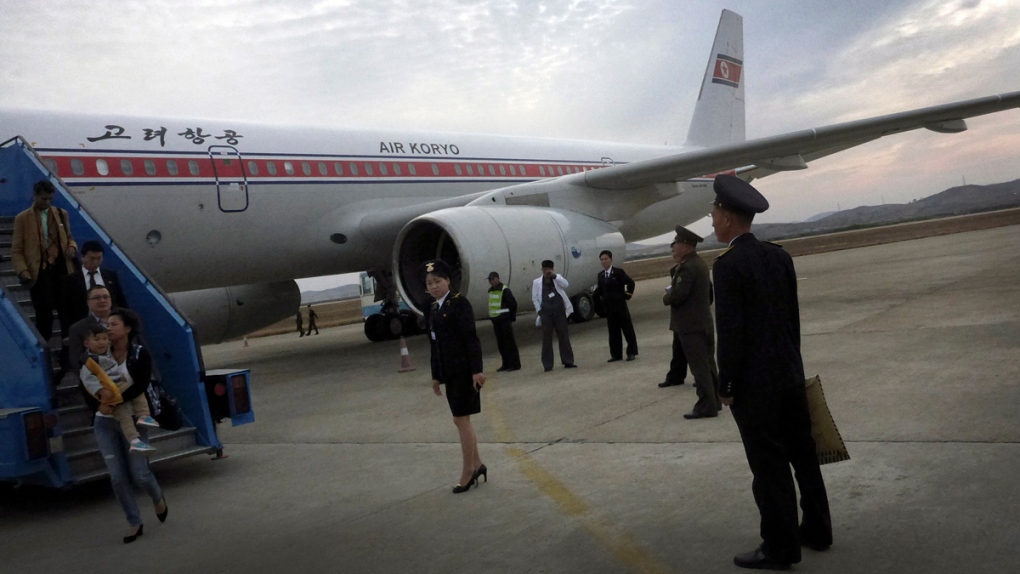 PYONGYANG, North Korea -- North Korea has stepped up measures to prevent the spread of the Ebola virus into the reclusive country, state media reported Thursday, while a travel agent that specializes in North Korean tours said it has been informed that Pyongyang may ban foreign tourists from visiting.

Koryo Tours posted an announcement on its Twitter and Facebook accounts saying it has been told that no foreign tourists would be allowed into North Korea beginning Friday. It said it was not clear how long the ban would last and did not provide further details. Officials in Pyongyang had no immediate comment.

A Koryo company official said the measures did not appear to be a blanket ban on travel to North Korea, adding that business and government visits would be allowed to continue. He said Koryo Tours was also hoping to go ahead with a tour scheduled to begin on Saturday.

"The situation seems to still be in flux, and while the early news from our partners in Pyongyang was that all tourists would be barred from entering (North Korea) we are still hopeful of taking in three groups we have scheduled to travel for the rest of 2014," said Nick Bonner, the company's co-founder.

North Korea also closed its borders in 2003 during the scare over SARS.

North Korea's official media reported Thursday that no cases of Ebola have been detected in the country. The official Korean Central News Agency said travellers and cargo are now subject to stricter monitoring at airports, seaports and border railways crossings.

Efforts are also being made in North Korea to increase public awareness of the disease and its symptoms. Television news on Wednesday evening showed a video of Ebola patients and explained the dangers of the disease.