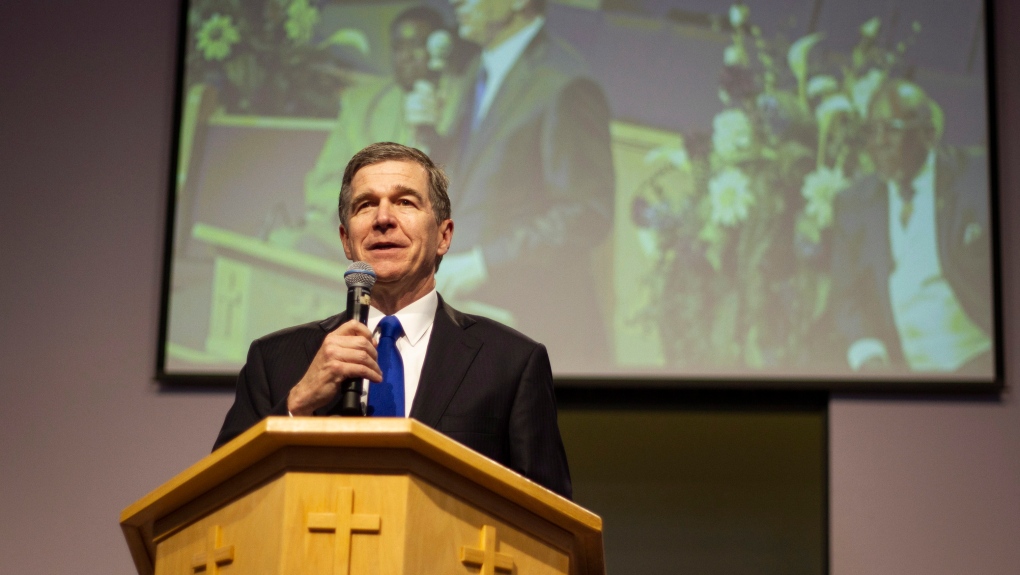 Advocacy groups praised the Democratic governor's executive order as a pioneering step to restrict the therapy in the U.S. South.

Cooper's order forbids funds controlled by executive branch agencies from paying for such therapy for minors. That includes state and federal money for the state's Medicaid program and NC Health Choice insurance for children in low- and middle-income families.

"Conversion therapy has been shown to pose serious health risks, and we should be protecting all of our children, including those who identify as LGBTQ, instead of subjecting them to a dangerous practice," the governor's office said in a tweet.

Eighteen states have enacted laws banning or restricting the practice that's opposed by the American Psychological Association, though none are in the South, according to advocacy groups that track the issue.

Similar legislation was introduced in both of North Carolina's legislative chambers this year, but it hasn't advanced since being referred to legislative committees in April.

Equality NC and the Campaign for Southern Equality, which have advocated for the North Carolina legislation, praised Cooper's action as a significant step forward in the South.

"No child should be told that they must change their sexual orientation or gender identity; we're grateful that Gov. Cooper agrees," Kendra Johnson, executive director of Equality NC, said in a statement. "We are committed to ending this debunked practice and will work for statewide protections."

Cooper's order comes less than two weeks after a federal judge approved a legal settlement affirming transgender people's right to use restrooms matching their gender identity in many North Carolina public buildings. The consent decree between Cooper and transgender plaintiffs, who sued over the state's "bathroom bill" and its replacement, covers state-owned buildings run by executive branch agencies.