Nigeria's army admits its soldiers were at Lagos shootings 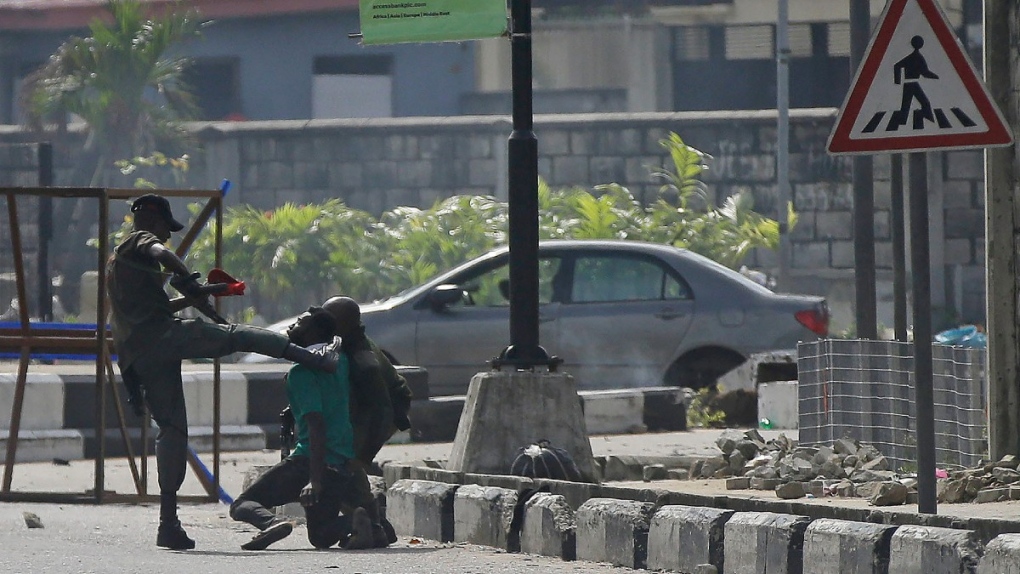 At least 10 protesters were killed in the Lekki plaza shooting on Oct. 20, according to Amnesty International, which charged Wednesday that army troops opened fire on protesters without provocation.

The army had previously maintained that its troops were not at the site of the shooting, but Tuesday night a military spokesman, Maj. Osoba Olaniyi, reversed that position, saying soldiers had been deployed there to enforce a curfew. However, he denied that the troops shot at the protesters.

"At no time did soldiers of the Nigerian army open fire on any civilian," Olaniyi said in a statement.

"What happened at Lekki Toll Gate has all the traits of the Nigerian authorities' pattern of a coverup whenever their defence and security forces commit unlawful killings," said Osai Ojigho, Amnesty's Nigeria country director.

"Nigerian authorities still have many questions to answer: Who ordered the use of lethal force on peaceful protesters? Why were CCTV cameras on the scene dismantled in advance? And who ordered electricity to be turned off minutes before the military opened fire on protesters?" Ojibho asked.

"Many people are still missing since the day of the incident, and credible evidence shows that the military prevented ambulances from reaching the severely injured in the aftermath," he said.

A judicial panel has begun investigating the shooting. The panel is also investigating allegations of abuse against the police unit, the Special Anti-Robbery Squad, known as SARS.

A widespread .EndSARS campaign erupted in Nigeria in early October after a video circulated showing a man being beaten, apparently by SARS officers. The peaceful, organized protests disrupted traffic in Lagos and many other Nigerian cities. President Muhammadu Buhari's government agreed to disband the SARS unit, but the protests continued with participants demanding sweeping reforms of police and action against corruption.

Although the protests were largely peaceful, at least 56 people have died across the country since the protests began, according to Amnesty, which accused security forces of using unnecessary force. On Oct. 20 the government imposed a curfew, ordering everyone to stay at home and that evening the shootings occurred at Lekki plaza. For two days after that Lagos saw widespread rioting. In order to restore order in Lagos, Nigeria's largest city with more than 14 million people, officials have imposed a curfew from 8 p.m. until 6 a.m.