NGOs say 7 aid workers are among victims of Niger attack 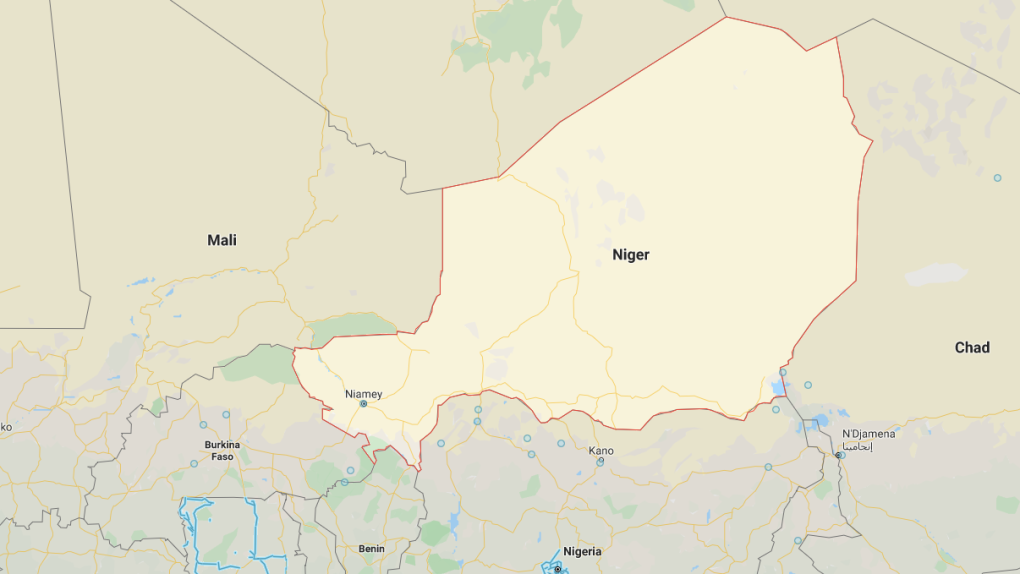 A map of Niger is seen in this image. (Google Maps)

The six French citizens and one Nigerien killed on Sunday were working for Paris-based NGO ACTED and Geneva-based IMPACT Initiatives, the groups said in a joint statement on Monday. The other victim was their Nigerien guide,

They condemned "in the strongest terms the senseless and barbaric killing of our colleagues and their guide."

Niger's interior ministry said Sunday the attack took place in Koure, where the aid workers were visiting a giraffe reserve. Hundreds of people visit each year the protected national park that contains dense vegetation and tall trees about 70 kilometres (45 miles) southeast of the capital.

"Our colleagues have been working to support the people of Niger facing hardship, driven by values of humanity and solidarity," the NGOs said.

The Association of Giraffe Guides of Koure also released a statement condemning the death of the president of their association, Kadri Abdou.

"We are deeply saddened and thinking of the victims and their families to whom we offer our most sincere condolences and especially to the family of Kadri, our friend. May he rest in peace," said the statement.

One of the biggest French NGOs, ACTED has been present in Niger since 2010 and provides aid to displaced people and local populations who are particularly vulnerable due to conflicts in the region, lack of food and droughts.

A partner to ACTED, IMPACT Initiatives was first deployed in Niger in 2012. It conducts mapping programs and other projects in camps hosting displaced populations.

In a phone call on Sunday, French President Emmanuel Macron and Niger President Mahamadou Issoufou pledged to clarify the circumstances of the deadly attack by "all means," the French presidency said.

Violence by rebels linked to the IS group and al-Qaida is on the rise in the Sahel region. France has deployed 5,100 soldiers to help fight the growing insurgency there, and a local Sahel force made up of soldiers from Mali, Niger, Burkina Faso, Chad and Mauritania has also been fighting the extremists.