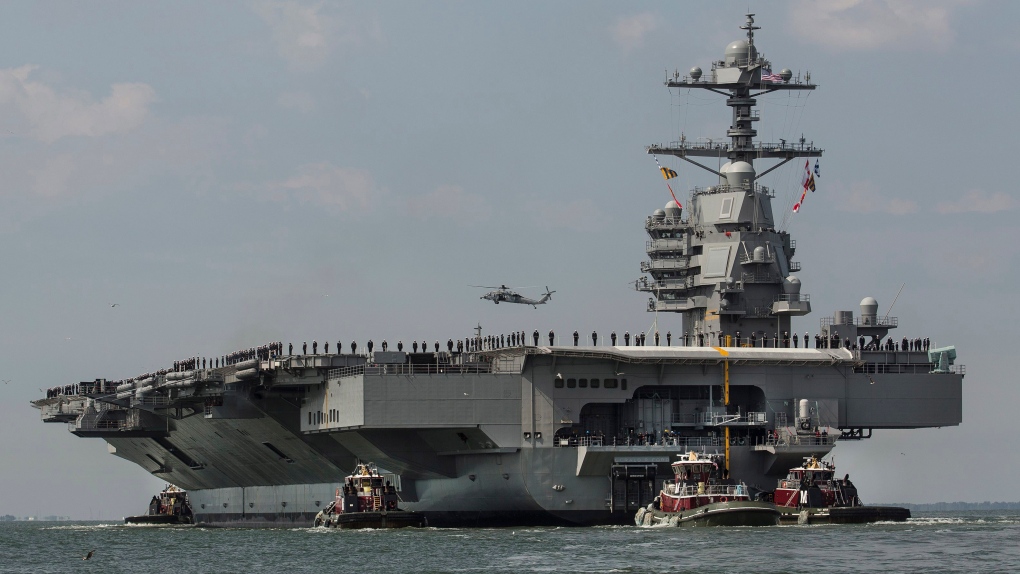 As crew members stand on the deck, the aircraft carrier USS Gerald R. Ford heads to the Norfolk, Va., naval station on Friday, April 14, 2017 after almost a week of builder's trials during which the ships systems were tested. (Bill Tiernan/The Virginian-Pilot via AP)

NORFOLK, Va. -- A shipbuilder says the USS Gerald R. Ford, the first of the Navy's next generation of aircraft carriers, has completed the builder's sea trials.

Rolf Bartschi is Newport News Shipbuilding's vice-president for the Ford's construction. He told The Virginian-Pilot that the carrier spent a week at sea undergoing tests of its systems with Navy representatives aboard. Those trials concluded Friday, he added in a statement.

Construction on the $12.9 billion carrier began in 2009, meeting with cost overruns and delays. The carrier was supposed to have been completed by September 2015 for $10.5 billion. But issues arose with the Ford's advanced systems and technology, including aircraft landing equipment and power generration.

The shipbuilder says the Ford next must undergo acceptance trials by the Navy prior to delivery.