New Zealand on edge after infectious traveller visits from Australia 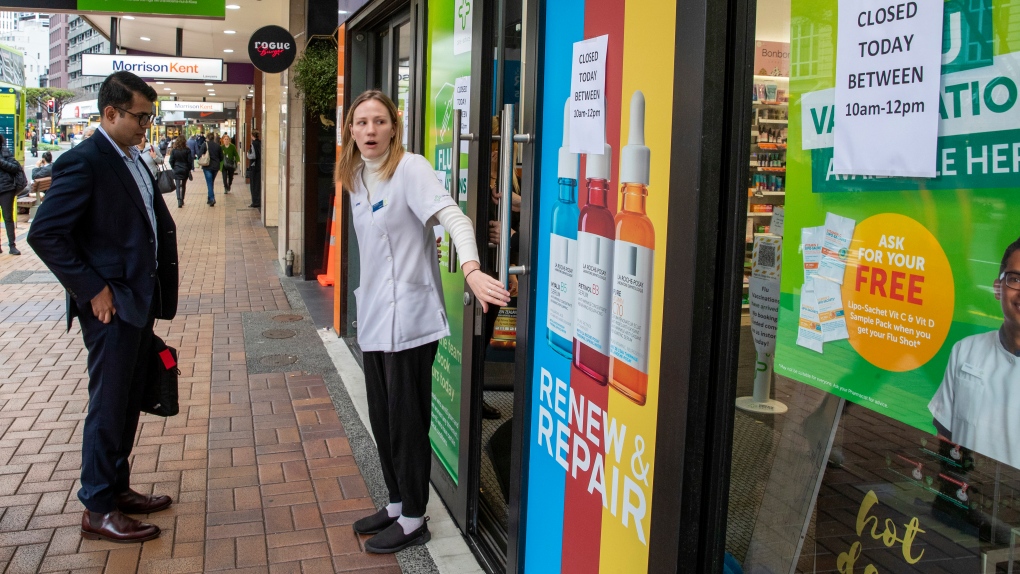 WELLINGTON, NEW ZEALAND -- After enjoying nearly four months without any community transmission of the coronavirus, New Zealanders were on edge Wednesday after health authorities said an infectious traveller from Australia had visited over the weekend.

New Zealand has taken a zero-tolerance approach to the pandemic and continues to pursue an elimination strategy.

The country's response has been among the most effective in the world and the isolated nation of 5 million people has recorded just 26 COVID-19 deaths. But its vaccination campaign has been far slower than in most developed countries, with just 13% of the population having gotten their first dose.

Although there were no immediate cases confirmed as a result of the traveller's visit from Sydney to New Zealand's capital Wellington, authorities were asking people at more than a dozen locations to self-isolate for two weeks and get tested.

They also imposed physical distancing requirements in the Wellington region and restricted crowd sizes to 100 from Wednesday evening through Sunday.

"I'm confident that if we do all the things we have done in the past, if people do what is asked of them, we will reduce the risk," said Ashley Bloomfield, the director-general of health.

Bloomfield said the traveller was linked to a Sydney outbreak of the more contagious Delta variant that originated in India.

It began last week when a Sydney airport limousine driver tested positive. He was not vaccinated and is suspected to have been infected while transporting a foreign air crew.

Residents living in the worst-affected parts of Sydney have been told they can only travel outside the city for essential reasons. Authorities have also made masks compulsory outside homes and limited the number of household visitors to five.

New Zealand has stopped quarantine-free travel from the Australian state of New South Wales for at least three days.

New Zealand and Australia opened a quarantine-free travel bubble in April, although it has been temporarily halted several times as Australia has dealt with small community outbreaks.

Health authorities said the traveller had visited New Zealand's national museum Te Papa as well as a number of restaurants, stores and tourist spots. Te Papa announced it was closed and would provide updates as the situation unfolded.

Health authorities said the traveller visited Wellington from Saturday through Monday before returning to Australia and testing positive for COVID-19. They said four close contacts of the traveller were self-isolating and had all tested negative for the virus.

Customers can ask about an employee's vaccination status, but employers can't share it: experts

B.C. study touts school COVID safety, but authors are 'conscious of its limitations'

Can we be friends? Dating apps say sex isn't everything in a post-pandemic world

What you need to know about the federal government's ArriveCAN app