New Zealand minister cycles to hospital to give birth 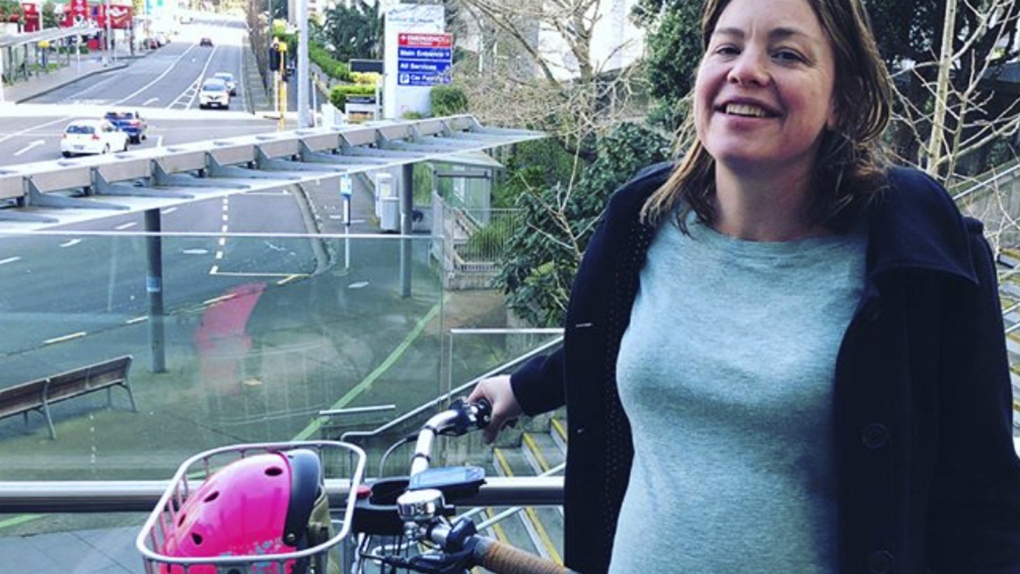 WELLINGTON, New Zealand - It was a beautiful morning, according to New Zealand's minister for women, so after 42 weeks of pregnancy she decided to hop on her electric bicycle and ride to the hospital to give birth to her first child.

Julie Anne Genter on Sunday posted a picture of herself outside an Auckland hospital holding her bike, saying she was ready to be induced and "finally have this baby."

"This is it, wish us luck!" she wrote, adding that "My partner and I cycled because there wasn't enough room in the car for the support crew ... but it also put me in the best possible mood!"

She said the ride with partner Peter Nunns was "mostly downhill" and joked that she "probably should have cycled more in the last few weeks," in order to start her labour earlier.

Genter's office on Tuesday said there was not yet any update on the minister, who remained at Auckland City Hospital.

Ardern is admired by many working women around the world. She gave birth at the same public hospital as the one to which Genter has been admitted.

Genter, 38, was born in Minnesota and graduated from U.C. Berkeley before moving to New Zealand in 2006. A member of the liberal Green Party, Genter is also associate minister for transport and a strong advocate for cycling.

The Green Party tweeted that her ride to the hospital was "the most #onbrand thing ever."

Beautiful Sunday morning for a bike ride, to the hospital, for an induction to finally have this baby. This is it, wish us luck! (My partner and I cycled because there wasn’t enough room in the car for the support crew... but it also put me in the best possible mood!) #42weekspregnant #cycling #bicyclesarethebest