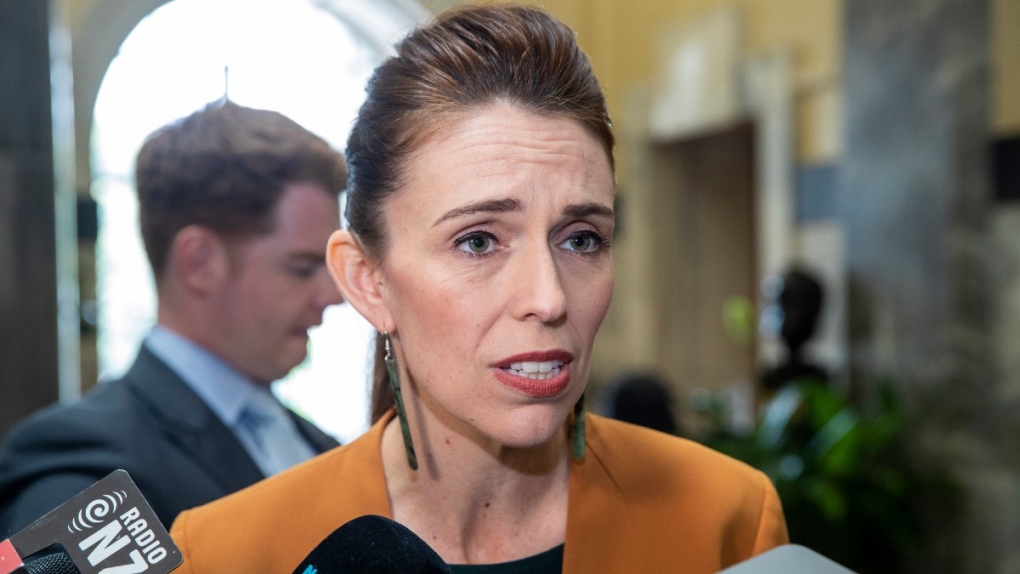 WELLINGTON, NEW ZEALAND -- New Zealand has joined Australia in denouncing a graphic tweet posted by a Chinese official that shows a fake image of a grinning Australian soldier holding a bloodied knife to a child's throat.

"This is an image that wasn't factual. It wasn't correct. And so in keeping with our principled position where images like that are used, we will raise those concerns and we'll do it directly," Ardern told reporters.

China has not backed down from the tweet and said there will be no apology.

Ardern's criticism was more muted than Australia's. She faced an awkward choice of how far to get involved in a conflict between New Zealand's closest ally, Australia, and its biggest trading partner, China.

Australian Prime Minister Scott Morrison on Monday called the image "repugnant" and demanded an apology from the Chinese government. The post took aim at alleged abuses by Australian soldiers during the conflict in Afghanistan.

The incident is further souring already tense relations between Australia and China.

The image, which appeared to show the soldier slitting the child's throat, was posted by Zhao Lijian, a spokesman for China's foreign ministry. He wrote a caption with his tweet: "Shocked by murder of Afghan civilians & prisoners by Australian soldiers. We strongly condemn such acts, & call for holding them accountable."

He was referring to a disturbing report by Australia's military earlier this month which found evidence that elite Australian troops unlawfully killed 39 Afghan prisoners, farmers and civilians during the Afghanistan conflict. The report recommended that 19 soldiers be referred to federal police for criminal investigation.

Asked about the issue at a daily briefing, foreign ministry spokesperson Hua Chunying cast blame on the Australian side.

"What Australia should do is to reflect deeply, bring the perpetrators to justice, make a formal apology to the Afghan people, and solemnly promise to the international community that they will never commit such terrible crimes again," Hua said.

It "is truly repugnant. It is deeply offensive to every Australian, every Australian who has served in that uniform," he told reporters in Canberra. "The Chinese government should be totally ashamed of this post. It diminishes them in the world's eyes."

Despite China blocking Twitter and other U.S. social media platforms within the county, Chinese diplomats and state media have established a strong presence on them.

Zhao was criticized by the U.S. in March after tweeting a conspiracy theory that U.S. soldiers may have brought the coronavirus to China. He is considered a leading representative of China's high-pitched new strain of assertive foreign relations.

Morrison acknowledged there were tensions between China and Australia.

"But this is not how you deal with them," he said. "Australia has patiently sought to address the tensions that exist in our relationship in a mature way, in a responsible way, by seeking engagement at both leader and ministerial level."

The rift between the two nations has grown since the Australian government called for an independent inquiry into the origins of the coronavirus pandemic. China has since imposed tariffs and other restrictions on a number of Australian exports.