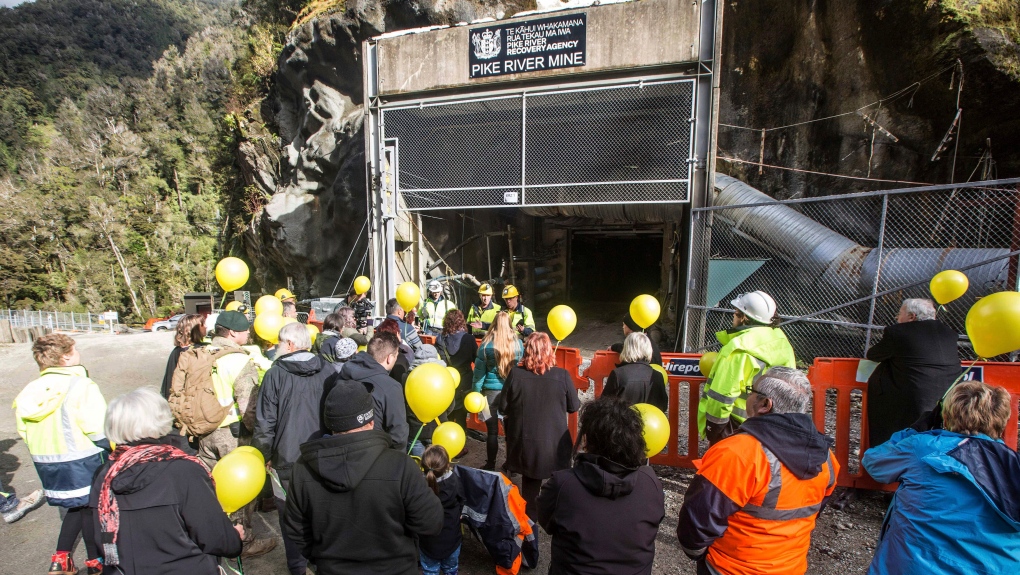 WELLINGTON, New Zealand -- Crews in New Zealand on Tuesday reentered an underground coal mine where a methane explosion killed 29 workers more than eight years ago, raising hopes among family members that they might find bodies and new evidence that leads to criminal charges.

Anna Osborne, whose husband Milton was killed in the explosion, said the families had been fighting for this ever since the Pike River mine exploded.

She said it had been a "hugely emotional" day for the families and it was a moving experience to watch people going back into the mine. She said they hope the crews can recover electronic equipment that indicates what went wrong, much like the black box in a plane.

"The families are all hoping that the team going in, with their forensic expertise, will find new evidence for future prosecutions against those who allowed the mine to blow up in first place," she said.

Nigel Hampton, a lawyer who is acting for the families, said that if they discover what ignited the methane, it could help link acts of negligence with the deaths of the miners and result in charges such as manslaughter.

"There's still a long way to go yet, but it's possible," he said.

Two workers escaped the mine after the deadly November 2010 explosion. After several more explosions, the mine was sealed shut with a concrete barrier.

New Zealand's previous conservative government concluded the mine remained too unsafe to reenter. But the liberal government elected in 2017, led by Prime Minister Jacinda Ardern, reconsidered.

"New Zealand is not a country where 29 people can die at work without real accountability," said Andrew Little, the minister responsible for Pike River reentry. "That is not who we are. And that is why today we have fulfilled our promise. Today we have returned."

The plan won't allow access into the inner workings of the mine, which are blocked by a massive rockfall. It remains unclear how many miners were on either side of the rockfall at the time of the explosion or how many bodies might be recovered.

New Zealand police said they'll be examining any new evidence from the mine, which they could use to file charges.

An earlier investigation concluded the Pike River Coal company had exposed miners to unacceptable risks as it strove to meet financial targets. The report found the company ignored 21 warnings that methane gas had accumulated to explosive levels before the disaster.

The company, which went bankrupt, didn't contest labour violation charges against it.

Labour violation charges against former chief executive Peter Whittall were dismissed after he and the company made a financial settlement, a development which angered many of the grieving families. New Zealand's Supreme Court later ruled the settlement was unlawful.

Whittall moved to Australia about five years ago.