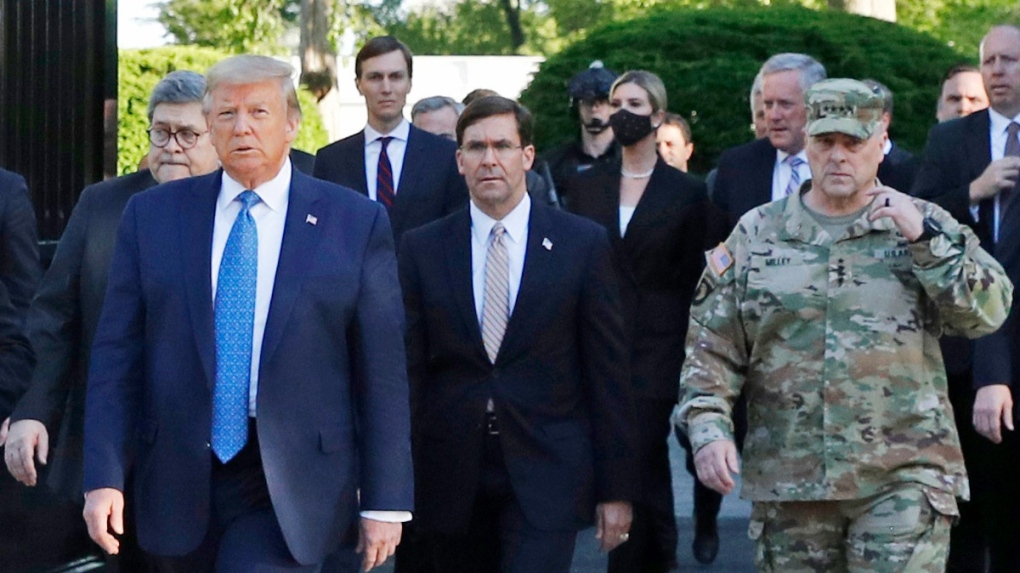 In the wake of then-U.S. President Donald Trump's infamous photo-op at the height of the George Floyd protests, Chairman of the Joint Chiefs of Staff Gen. Mark Milley penned a lengthy and vociferous critique of Trump in a resignation letter he ultimately never sent, The New Yorker reported on Monday.

On June 1, 2020, Milley accompanied Trump on a walk from the White House to St. John's Church, where he was photographed wearing his combat uniform and moving with the President's entourage through Lafayette Square. Protesters had been forcibly cleared out of the area minutes before.

The images provoked a swift wave of criticism from lawmakers and several senior former military officials who said they risked dragging the traditionally apolitical military into a contentious domestic political situation.

Milley's letter was dated June 8, a week after the incident, according to The New Yorker. The article was based on "The Divider: Trump in the White House 2017-2021," a forthcoming book by Peter Baker and Susan Glasser.

"The events of the last couple weeks have caused me to do deep soul-searching, and I can no longer faithfully support and execute your orders as Chairman of the Joint Chiefs of Staff," Milley wrote, according to The New Yorker. "It is my belief that you were doing great and irreparable harm to my country. I believe that you have made a concerted effort over time to politicize the United States military."

The report said Milley sought advice regarding the resignation letter, including from former Chairman of the Joint Chiefs Gen. Joseph Dunford, etired Army Gen. James Dubik, an expert on military ethics, as well as members of Congress and former officials from the Bush and Obama administrations.

Milley ultimately decided not to quit.

"If they want to court-martial me, or put me in prison, have at it," Milley added. "But I will fight from the inside."

A spokesman for the Chairman of the Joint Chiefs declined to comment to CNN about the report.

Milley would later publicly apologize for his involvement in the incident in a pre-recorded speech at the National Defense University.

"I should not have been there. My presence in that moment and in that environment created a perception of the military involved in domestic politics. As a commissioned uniformed officer, it was a mistake that I have learned from, and I sincerely hope we all can learn from it," Milley said during the address.

The Colorado baker who won a partial Supreme Court victory after refusing on religious grounds to make a gay couple's wedding cake a decade ago is challenging a separate ruling he violated the state's anti-discrimination law by refusing to make a cake celebrating a gender transition.