No, not the land of soaring skyscrapers, bustling boroughs, and constant honking of taxis, but the city in Eastern Ukraine, about an hour-and-a-half away from the Russian border.

The city was named New York in the 1890s by German Mennonite settlers. The wife of one of the settlers had American roots.

But after a successful push last summer, Ukrainians reclaimed the original name, allowing them to distance themselves from their Soviet past.

The idea was Nadiya Gordiyuk's.

Near an ‘I love New York’ installation, she explains to me the importance of the campaign and the name change.

"The name New York is part of Ukraine's European history," she says. “We return to historical justice."

But historical clouds and symbols persist.

At a nearby park is a crumbling row of statues depicting Russian literary greats. There are decaying Stalinist-era buildings. A chemical plant was once named after the founder of the KGB. 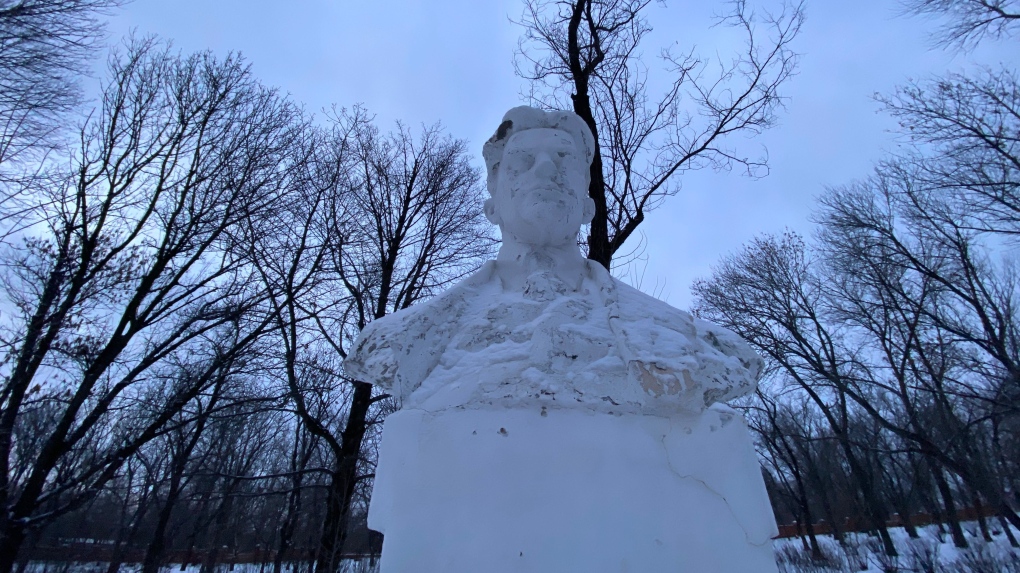 And a few kilometres away is an area controlled by Russian-backed separatists who broke away from Ukraine in 2014. More than 13,000 people have been killed in clashes -- more than New York's entire population, which hovers around 10,000.

What's in it for Moscow? It allows the Kremlin to extend its sphere of influence, and destabilize Ukraine.

And now, with a military build-up along the border, there is a new threat New Yorkers have to deal with: invasion.

"It's horrible," says Kristina Shevenko. The 28-year-old teacher was also part of the modern-day push to reclaim New York's name.

"[But] we cannot afford to be scared," she says defiantly.

The name has changed, but the concerns have not.