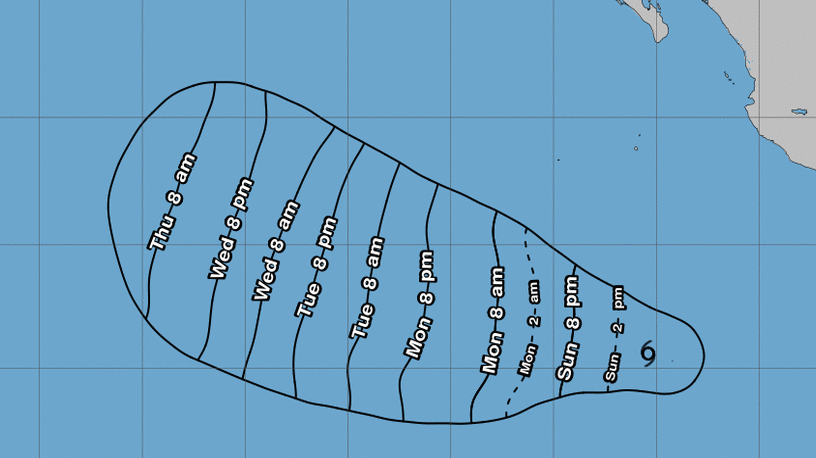 MEXICO CITY -- A new tropical storm has formed far off Mexico's southern coast, and the U.S. National Hurricane Center says it's likely to reach hurricane strength, though without threatening land.

Tropical Storm Barbara was centred about 850 miles (1,370 kilometres) south of the southern tip of the Baja California Peninsula on Sunday and was heading to the west-northwest into the open Pacific Ocean at a relatively brisk 16 mph (26 kph).

The Hurricane Center says the storm had maximum sustained winds of 40 mph (65 kph), but it's expected to become a hurricane by Tuesday.