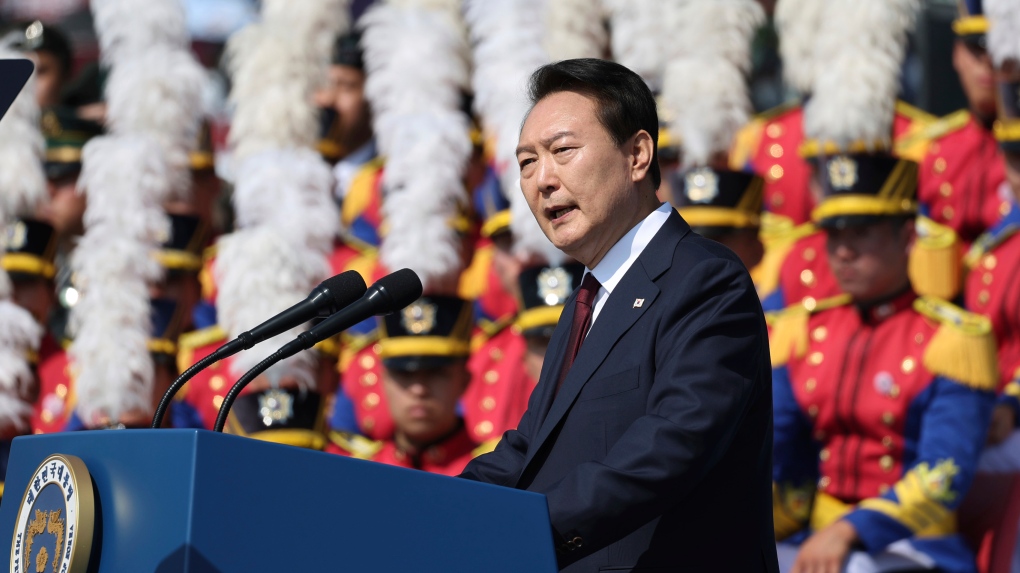 During the campaign, Yoon faced criticism that his vow to scrap the Ministry of Gender Equality and Family was an appeal to young male voters who oppose gender equality policies in a highly competitive job market. Yoon said it was time to launch an agency with a more comprehensive role, saying women in South Korea no longer face structural barriers to success.

Prospects for his government's plan to scrap the ministry are unclear because it requires approval from the National Assembly, which is controlled by liberal lawmakers. A women's committee in the main liberal opposition Democratic Party has vowed to thwart the plan, saying women continue to face systemic discrimination.

Interior and Safety Minister Lee Sang-min told a televised briefing Thursday that government policies for women must be about equal rights for both men and women, unlike the current approach that focuses on resolving inequalities facing women.

Lee credited the gender equality ministry for efforts to address discrimination against women. But he said the ministry is limited in its ability to handle broader urgent issues including gender and generational conflicts, a shrinking population and social problems for the elderly.

Lee said he has informed the Democratic Party of the restructuring plans and that opposition party officials expressed concerns that they would scale back the current role of the gender equality ministry. Lee said under the planned reorganization, the roles and tasks assigned to the ministry would be conducted more effectively.

Lee Soo Jin, a spokesperson for the Democratic Party, expressed regret over what she called the government's failure to address concerns raised by her party regarding the restructuring plans. Eleven opposition members of the assembly's committee on gender equality, mostly from the Democratic Party, issued a joint statement urging the government to withdraw the plan to scrap the ministry.

Earlier this week, a women's committee in the Democratic Party issued a statement accusing the Yoon government of attempting to use the restructuring plans to divert public attention from several foreign policy missteps, including controversial comments by Yoon caught on a hot mic in the United States. It said it will take strong steps to prevent the plans from becoming law.

MPs are marking the 33rd anniversary of the École Polytechnique de Montreal shooting that left 14 women dead, while debate over the Liberal government’s gun control legislation — including which specific firearms should be restricted — is ongoing.