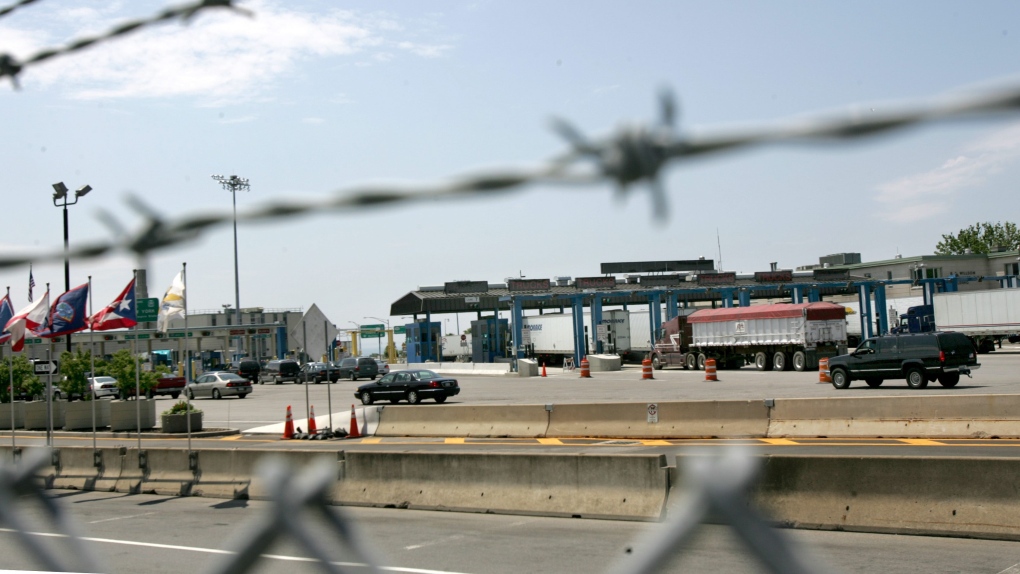 Motorists enter the United States from Canada at the border at the Peace Bridge in Buffalo, N.Y., Tuesday, June 6, 2006. (AP Photo/David Duprey)

TORONTO -- American authorities say they have made the biggest seizure of marijuana at the Canadian border on record.

U.S. Customs and Border Protection says nearly 4.3 tonnes of marijuana, which they estimate as having a street value of US$20 million (CAD$27.3 million), was seized June 25 from a truck that was trying to enter the country.

According to the border agency, the truck was stopped while crossing the Peace Bridge between Ontario's Niagara Region and Buffalo, N.Y.

The truck's manifest document said it was carrying only storage containers, but an inspection allegedly turned up 55 wooden pallet boxes containing vacuum-sealed packages of marijuana.

A 26-year-old man from India, who authorities said is also a Canadian permanent resident, has been charged with importing marijuana and possession of marijuana with the intent to distribute it.

The U.S. border agency calls the discovery "the largest narcotics seizure recorded on the northern border."

It is the third major marijuana seizure at the Peace Bridge this month. Border officials allege that a truck stopped on June 13 that was supposedly carrying 58 boxes of peat moss was actually attempting to haul 1.5 tonnes of marijuana into the U.S., and more than 800 kilograms of marijuana were seized from a third truck on June 5.

Customs and Border Patrol says it has seized far more marijuana and other drugs since March than it did during the same time period last year, even though the border has been closed to non-essential traffic due to the COVID-19 pandemic.