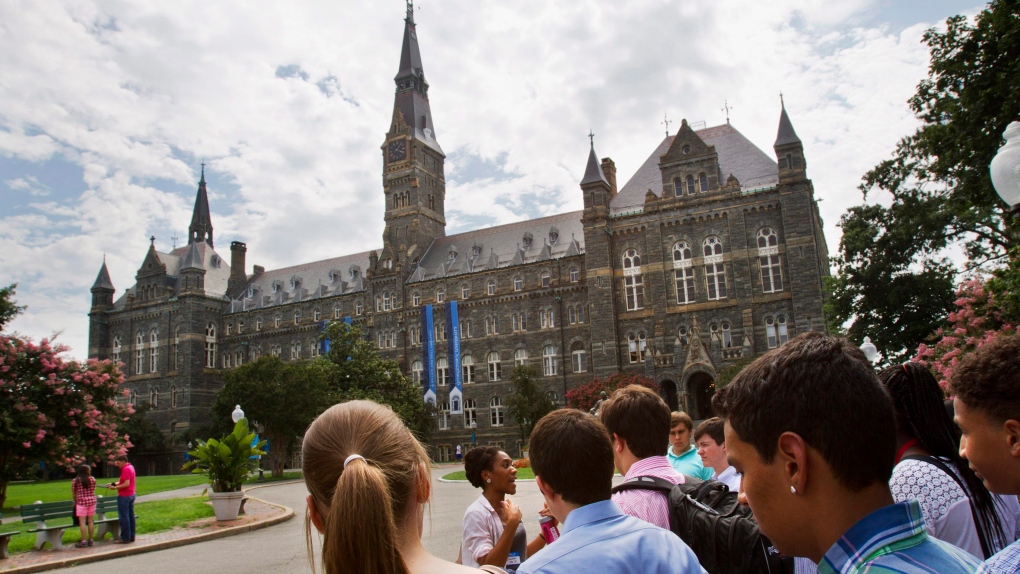 A Pennsylvania man has agreed to plead guilty to bribing Georgetown University's former tennis coach $50,000 to get his daughter admitted as a fake athletic recruit, federal prosecutors announced Tuesday.

Robert Repella, 61, of Ambler, Pennsylvania, was expected to plead guilty Tuesday to one count of conspiracy to commit mail fraud and honest services mail fraud. Prosecutors are recommending a sentence of 10 months in prison and a $40,000 fine.

Repella is the 55th person to be charged in the college admissions bribery scandal, but prosecutors say he was not involved with William "Rick" Singer, the alleged mastermind behind the sweeping nationwide scheme.

Charging documents released Tuesday allege that Repella paid Georgetown tennis coach Gordon Ernst $50,000 in 2017 to get his daughter admitted as an athlete. Ernst listed Repella's daughter as one of his recruits, prosecutors say, and she was admitted in 2018.

Ernst, who is accused of taking $2.7 million in bribes, has pleaded not guilty. He left Georgetown in 2017 after an internal investigation found he violated university admissions rules. He was later hired at the University of Rhode Island but resigned last year.

A Georgetown University spokeswoman did not immediately respond to a request for comment. Court documents did not say if Repella's daughter is a current student at the university.

Repella is the 26th parent to plead guilty in the case. Others include "Full House" actress Lori Loughlin and her fashion designer husband, Mossimo Giannulli, who agreed to plead guilty last week. A judge has yet to decide whether he'll accept deals they made with prosecutors.

This story has been corrected to show that prosecutors are recommending a sentence of up to 10 months in prison, not 10 years.