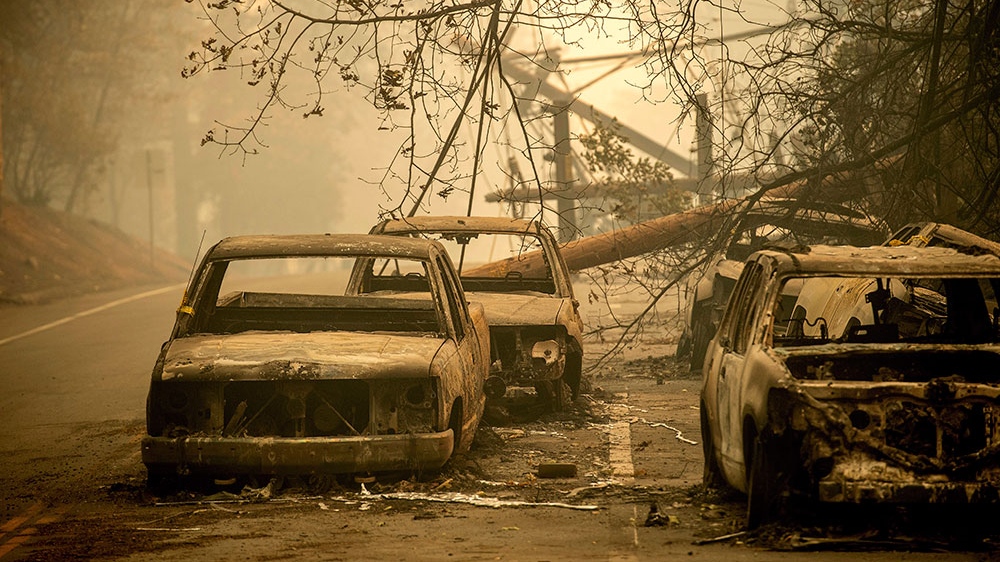 On Nov. 8, in the first few hours of the deadliest and most destructive wildfire ever in California, 35-year-old Rachelle Sanders was resting at Feather River Hospital in the town of Paradise, after the birth of her healthy baby boy via C-section.

At 7:32 a.m., the Butte County sheriff ordered an evacuation. Hospital staffers rushed into her room to say the rapidly spreading wildfire was closing in on the hospital and that everyone had to get out.

Unable to run or walk so soon after the delivery, Sanders was in a wheelchair with her newborn son Lincoln in her lap. She was rushed towards the front of the evacuation to get in an ambulance, but Sanders said in a phone interview with CNN that there were too many people so hospital employees began loading patients into their own cars.

Sanders got in a white sedan with a mechanical engineer named David. She never learned his last name.

The plan was to get Sanders to the next nearest hospital, located 31 kilometres away. Sanders said they were forced to change route and turn around several times, to go around the flames.

At one point Sanders and David even drove past her home. All that remained was the chimney.

As the car attempted to escape the wildfire, Sanders sat with Lincoln in her lap, her intravenous lines still in and hanging from the rearview mirror.

Traffic was so gridlocked that some people were abandoning their cars and running.

Envisioning a worst-case scenario in which she might have to flee on foot, Sanders says she made a difficult decision.

“If it comes down to it, if you have to run, take the baby,” Sanders said she told David. “Leave me behind.”

Sanders never had to make that choice.

The sedan was eventually rerouted back to Feather River Hospital which, to her surprise, was still standing. The drive took nine hours.

Once they arrived back at the hospital Sanders waited out the flames and was eventually transferred to Enloe Medical Center in Chicco, California.

After her harrowing experience, Sanders told CNN, “Never have I had a Thanksgiving come where I have had so little and felt more thankful and blessed.”