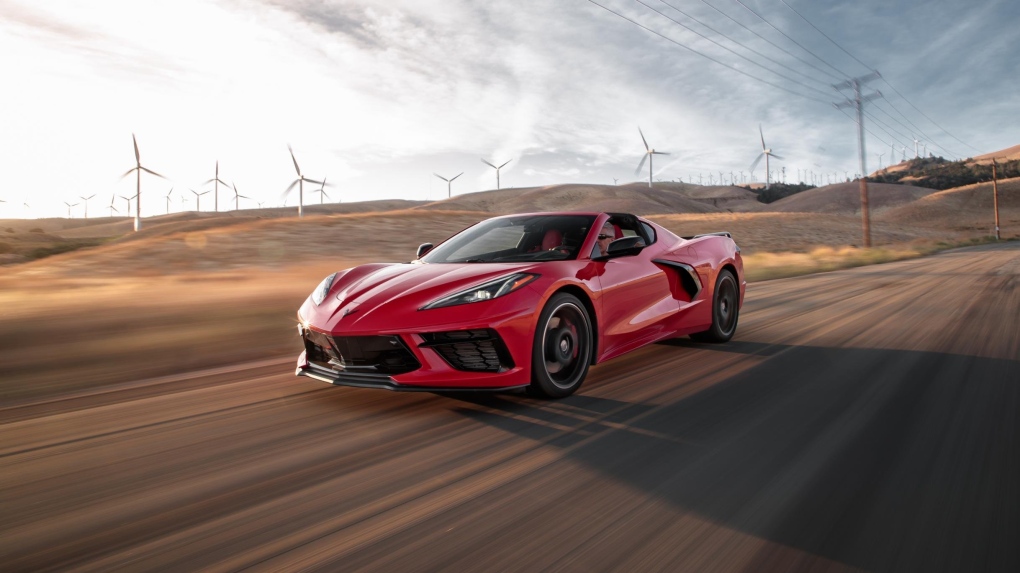 The mid-engine 2020 Chevrolet Corvette isn't even in full production yet, but it has already been named MotorTrend's Car of the Year.

MotorTrend editors announced the award at a ceremony in Los Angeles Monday night. To be eligible for the award, a car has to be available for sale or expected to be available for sale, during the 2019 calendar year. The Corvette qualified because General Motors had said it would be in production at its famous Bowling Green, Kentucky, Corvette factory before the end of December. Production has since been delayed, however, until early next year due to the United Auto Workers strike. Still, the Corvette remained eligible because, when the cars were being tested for the award, production was intended for this year, said MotorTrend Group executive editor Mark Rechtin.

Vehicles also have to be all-new or substantially changed from the prior year in order to qualify. Models that are simply continued from the previous year, or that have only cosmetic changes, cannot win

The 2020 Corvette represents a major change for the famous American sports car model. Ever since its introduction in 1953, every Corvette has had its engine in front under the hood, as do most other cars. The 2020 Corvette has its engine behind the seats, more or less in the center of the car. This follows the pattern of most high-cost exotic sports cars, such as Lamborghinis, McLarens and some Ferraris.

Except that the Corvette isn't a high-cost exotic. Prices for the base version will start at about $60,000 compared to $200,000 or much more for European exotics.

And the Corvette isn't just nearly as good as those cars, said Rechtin. It's as good despite costing much, much less.

"You could put this thing up against any of the mid-engine cars from Europe and it's on equal footing," he said.

Besides its driving performance, both on public roads and on racetracks, MotorTrend staffers also lauded the Corvette's interior materials and design — things that Corvettes of the past, even good ones, were criticized for — as well as its comfort and convenience.

"It brings the Corvette closer to the Porsche 911 in terms of being an attainable and credible 24/7 supercar than any time since the '60s," said Angus MacKenzie, MotorTrend's international bureau chief.

Among the competitors the Corvette beat out for the award was the Tesla Model 3.

The Kia Telluride is the Korean automaker's first large SUV. Rechtin described it as being practically a luxury SUV — and even better than some luxury SUVs — but with prices starting slightly over $30,000. Even higher-end, well-equipped versions of the Telluride are still much less expensive than equivalent luxury models and far better in terms of quality and features than similarly priced non-luxury SUVs, he said.

This is the second annual MotorTrend award in a row for Fiat Chrysler's Ram brand. The Ram 1500, the more popular non-heavy-duty truck, won Truck of the Year last year. This year, the new Heavy Duty version with 400 horsepower diesel that produces a surprising 1,000 pound feet of pulling power, took the award.

Besides being a hard worker, the Ram HD is also surprisingly nice to drive around even when it's not towing thousands of pounds or carrying a load of cinder blocks, said Rechtin.

The Ram HD was up against particularly tough competition, he said, including trucks like the all-new Jeep Gladiator and the new Ford Ranger.