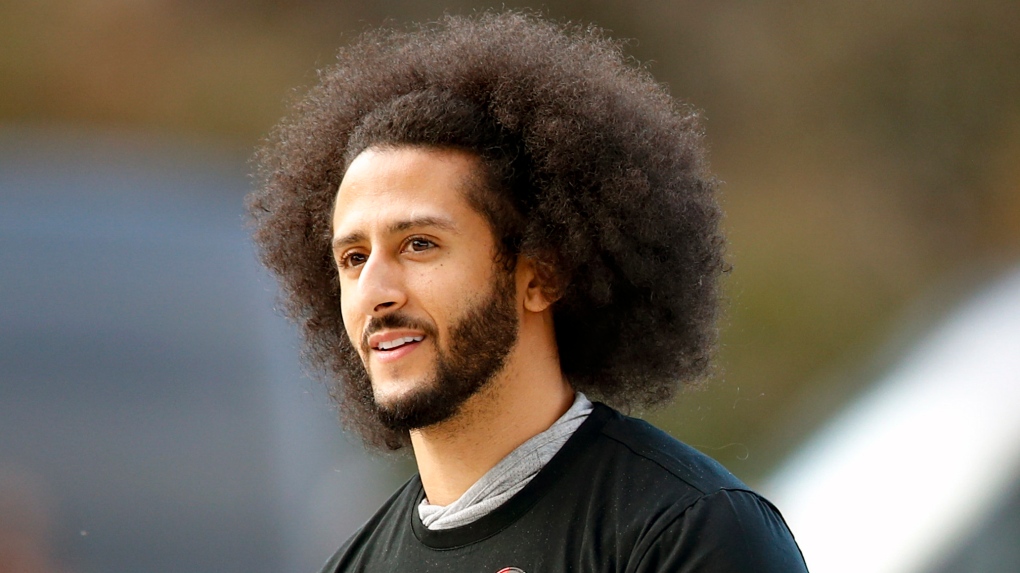 DELRAY BEACH, FLA. -- The commander of the Navy SEALs said the unit will suspend its support of the National Navy SEAL Museum, a non-profit organization not overseen by the military after videos surfaced online of dogs attacking a man wearing a Colin Kaepernick jersey during a demonstration.

"Each and every one of us serves to protect our fellow Americans - ALL Americans. Even the perception that our commitment to serving the men and women of this nation is applied unevenly is destructive," Rear Admiral Collin Green, who heads the Naval Special Warfare Command, said in an email to his forces on Monday evening.

He added: "We will revisit our relationship with the Museum when I am convinced that they have made the necessary changes to ensure this type of behaviour does not happen again."

In the letter, Green said, "While the museum is an independent non-profit organization and the participants were contracted employees from outside the DoD, in many ways, these facts are irrelevant. We have been inextricably linked to this organization that represents our history."

"We may not have contributed to the misperception in this case, but we suffer from it and will not allow it to continue," he said.

The letter was provided to The Associated Press by a servicemember under the condition of anonymity because they were not authorized to do so. Museum officials did not respond to repeated requests for comment from the AP.

The letter comes one day after a pair of videos of an event at the Fort Pierce, Florida-based museum last year surfaced Sunday on social media. The videos quickly garnered more than 6.7 million views.

In one of the videos, men with guns--wearing camouflage and tactical gear--order four dogs to attack a man wearing protective equipment and Kaepernick's red and white San Francisco 49ers jersey. A second video shows a dog biting the man in the jersey as he lays on the ground. An individual with a rifle approaches and orders him to turn over on his stomach. The man in the jersey replies, "Oh, man, I will stand," a joke aimed at Kaepernick's kneeling during the national anthem to bring attention to racial injustice and police brutality.

The Naval Special Warfare Command condemned the video and said in a statement posted Sunday to Twitter: "We are investigating the matter fully and initial indications are that there were no active-duty Navy personnel or equipment involved with this independent organization's event."

On social media, the video was met with mixed perceptions as some viewed the demonstration as further proof to indict and demand reforms of systemic racism within government institutions, especially after the civil unrest and protests around the country after the killing of George Floyd. Others found no issue with the video due to their disagreement with Kaepernick's protests during the national anthem which they believe are unpatriotic and disrespectful to the memory of fallen service members, a viewpoint shared by President Donald Trump.

Kaepernick, 32, began his protests in 2016 and began to kneel during the national anthem after Nate Boyer, a former Army special forces soldier who tried out as a long snapper for the Seattle Seahawks, suggested it. The former San Francisco quarterback and other players faced intense backlash. But a number of athletes have started kneeling after national protests broke out in the wake of George Floyd's death at the hands of police in Minneapolis in May.

The video comes to light during a volatile time for Naval Special Warfare Command as it continues to grapple with breakdowns in discipline among their rank-and-file. Amid the publicity of the war crimes trial of Special Operations Chief Edward "Eddie" Gallagher last year, Green told his forces "we have a problem," among Navy SEALs "that must be addressed immediately," according to The New York Times.

The letter last year came amid a volley of other scandals such as a platoon of Navy commandos being pulled abruptly from Iraq after an alcohol-fueled Fourth of July party and an allegation of rape upon a female service member. In a separate incident, SEALs in a different unit abused cocaine and skirted drug test screenings with clean samples.