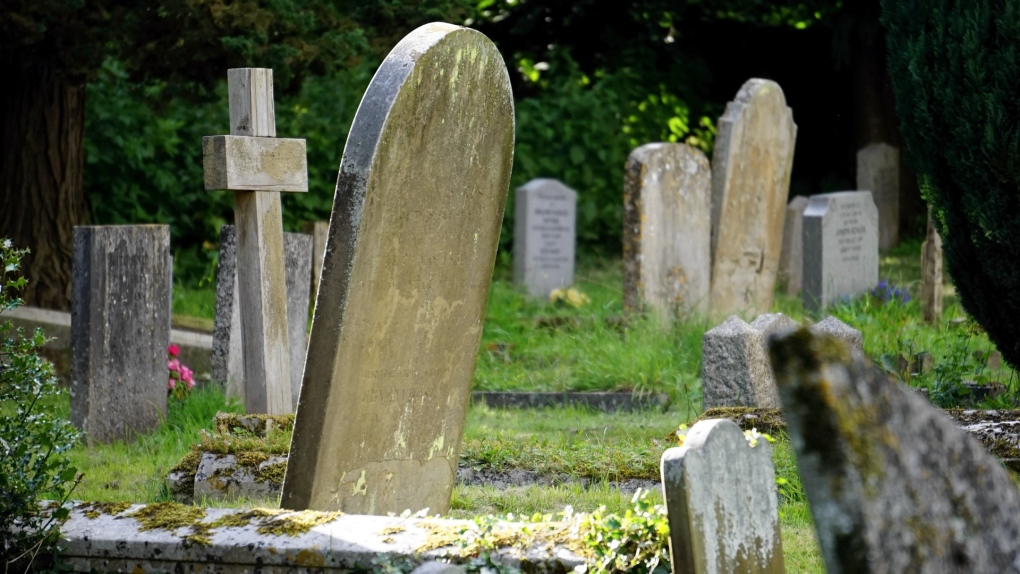 A cemetery is pictured in this stock photo. (Pexels)

TORONTO -- Local police say a Long Island, N.Y. cemetery worker was killed after a grave he was digging collapsed in on itself and buried him alive.

Suffolk County Police Homicide Squad detectives said in a press release on Thursday that Rodwin Allicock was working in a grave at Washington Memorial Park in Mount Sinai when the incident happened.

Police say the 42-year-old was working at the bottom of a grave that was more than two metres (7 feet) deep when it collapsed on top of him.

"His co-workers attempted to dig Allicock out, but were unsuccessful," police said in the release.

A physician's assistant from the Office of the Suffolk County Medical Center pronounced Allicock dead at the scene, according to authorities.

Police say the Occupational Safety and Health Administration (OSHA) has been notified and an investigation into the incident is pending.