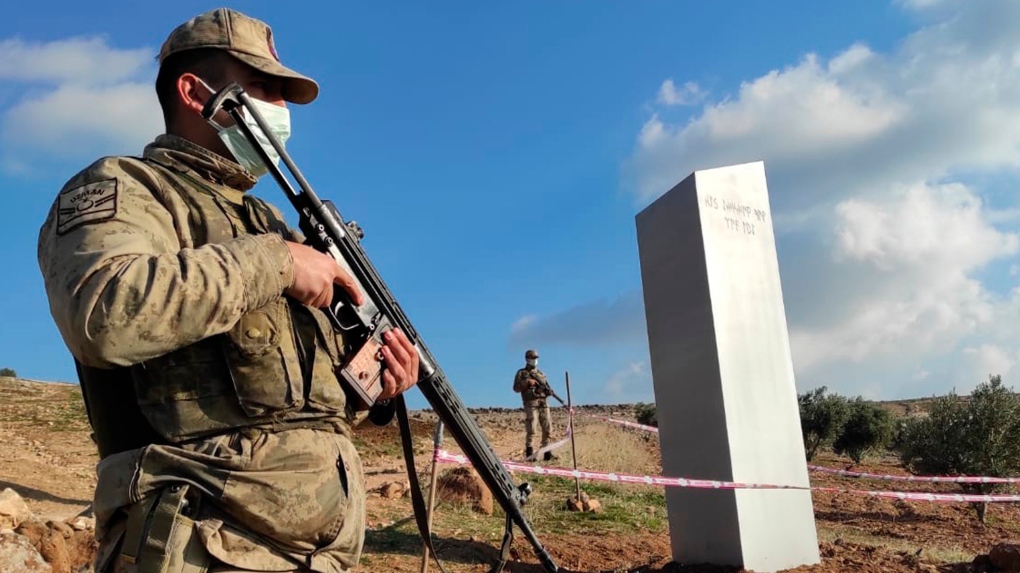 ISTANBUL -- Turkish authorities are investigating the appearance of a mysterious monolith in southeastern Turkey.

The metal block was found by a farmer on Friday in Sanliurfa province with old Turkic script that reads "Look at the sky, see the moon." The monolith, 3 metres high (about 10 feet), was discovered near the UNESCO World Heritage site named Gobekli Tepe, which has megalithic structures dating to the 10th millennium B.C., thousands of years before Stonehenge.

Turkish media reported Sunday that gendarmes were looking through CCTV footage and investigating vehicles that may have transported the monolith.

Other mysterious monoliths have popped up and some have disappeared in numerous countries in recent months.