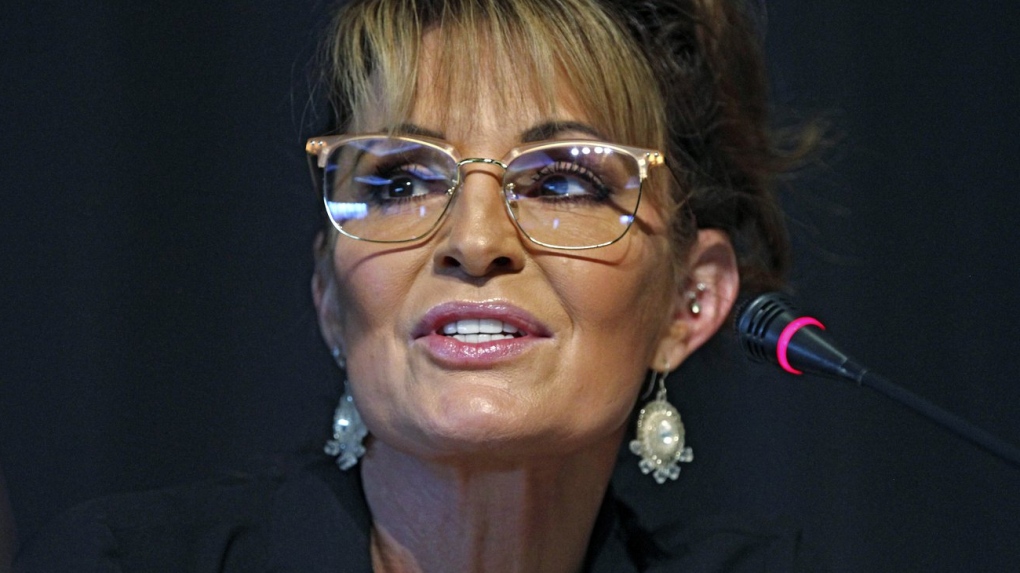 Alaska Republican U.S. Sen. Lisa Murkowski advanced from her primary along with Kelly Tshibaka, her GOP rival endorsed by former President Donald Trump, while another Trump-backed candidate, Republican Sarah Palin, was among the candidates bound for the November general election in the race for Alaska's only House seat.

Murkowski had expressed confidence that she would advance and earlier in the day told reporters that "what matters is winning in November." Tshibaka called the results "the first step in breaking the Murkowski monarchy's grip on Alaska." Tshibaka also said she was thankful "for the strong and unwavering support President Trump has shown Alaska."

A Murkowski has held the Senate seat since 1981. Before Lisa Murkowski, who has been in the Senate since late 2002, it was her father, Frank Murkowski.

Under a voter-approved elections process being used for the first time in Alaska elections this year, party primaries have been scrapped and ranked choice voting is being used in general elections. The top four vote-getters in a primary race, regardless of party affiliation, are to advance to the general election.

The other two places in the Senate race were too early to call.

Murkowski voted to convict Trump in his second impeachment trial after the Jan. 6, 2021, insurrection. Trump was acquitted. But he has had strong words for Murkowski, calling her "the worst" during a rally last month in Anchorage.

Murkowski said that if Tshibaka derives her sole strength from Trump's endorsement, "what does that really say about her as a candidate with what she has to offer Alaska? Is it just that she will be a rubber stamp for Donald Trump? I don't think that all Alaskans are really seeking that. Not the ones that I'm talking to."

Kevin Durling, a co-chair of Tshibaka's campaign, said Trump's endorsement of Tshibaka was an added bonus for him. He said Tshibaka's commitment to business and family and her values were important to him. He expressed frustration with Murkowski for the impeachment vote and for her support of the nomination of Interior Secretary Deb Haaland.

In the House primary, Democrat Mary Peltola, Palin and Republican Nick Begich advanced to the November election. It was too early to call the fourth spot. The winner of the November race will be elected to a two-year term.

Peltola, Begich and Palin were also competing in a special election to serve the remainder of the late-Rep. Don Young 's term, which ends early next year. Young died in March.

The special election was voters' first shot at ranked voting in a statewide race. The winner of the special election may not be known until at least Aug. 31. If successful, Peltola would be the first Alaska Native woman elected to the House.

There also were several write-in candidates in the special election, including Republican Tara Sweeney, who was also competing in the House primary. Sweeney was an assistant secretary for Indian Affairs in the U.S. Interior Department during the Trump administration.

The special election was on one side of the ballot; the other side contained primary races for U.S. Senate, U.S. House, governor and lieutenant governor and legislative seats.

Palin, in a statement Tuesday evening, called this "the first test case of the crazy, convoluted, undesirable ranked-choice voting system."

Supporters of ranked voting have said it encourages positive campaigning but the House race has at times taken on harsh tones.

Begich, a businessman from a family of prominent Democrats, has come out hard against Palin, seeking to cast her as someone chasing fame and as a quitter; Palin resigned during her term as governor in 2009.

A narrator in one of Palin's ads refers to Begich as "negative Nick" and says Palin wants to serve in Congress "to carry Don Young's torch."

Peltola, a former lawmaker who most recently worked at a commission whose goal is to rebuild salmon resources on the Kuskokwim River, has cast herself as a consensus builder.

She said one thing that would help her be a good representative is that she is "not a millionaire. I am just like every other regular Alaskan, and I understand the economic struggles that Alaskans face first-hand. My priorities are the priorities of everyday Alaskans."

In a statement early Wednesday, she said while the results of the special election won't be known for some time, "we are moving forward into the general election. We are going to build on this momentum and build a coalition of Alaskans that can win in November."

In the race for Alaska governor, Republican Gov. Mike Dunleavy advanced, as did former Gov. Bill Walker, an independent, and Democrat Les Gara. It was too early to call the fourth spot.

Dunleavy and his running mate, Nancy Dahlstrom, in a statement said this "is only the start of the race. We'll dig into all the numbers as they come in over the next few days to find out where we need to shore up our campaign, and we're looking forward to reaching every Alaskan and earning their vote between now and November."

Walker is running with Heidi Drygas and Gara with Jessica Cook.

Nobel prize in medicine awarded for research on evolution

This year's Nobel Prize in physiology or medicine has been awarded to Swedish scientist Svante Paabo for his discoveries on human evolution.

The British government on Monday dropped plans to cut income tax for top earners, part of a package of unfunded cuts unveiled only days ago that sparked turmoil on financial markets and sent the pound to record lows.

Ukrainian troops continued to push forward Monday with their offensive that has embarrassed Moscow, with Kyiv officials and foreign observers hinting at new gains in the strategic southern region of Kherson.