Munich museum to explore city's past as birthplace of Nazism 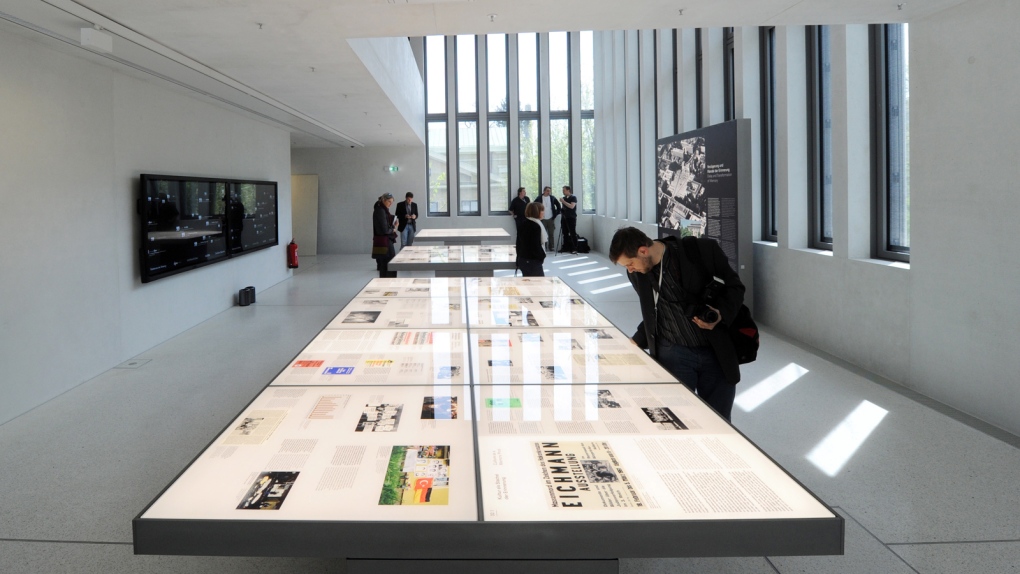 Visitors stand in an exhibition room where exhibits are shown on wall charts and light tables during a press preview of the Documentation Center for the History of National Socialism in Munich, Germany, Wednesday, April 29, 2015. (Tobias Hase/dpa via AP)

MUNICH -- The German city of Munich is opening a new museum dedicated to exploring its past as the birthplace of the Nazi movement.

The Munich Documentation Center for the History of National Socialism charts the rise of the Nazi party from its founding in the Bavarian capital in 1920, a year before Adolf Hitler became its leader.

Gruetters noted that Germany's effort to examine its past -- which encompassed World War II and the murder of millions the Nazis considered unworthy of life -- is getting harder by the year because the number of witnesses is dwindling.

The museum opens to the public on Thursday.