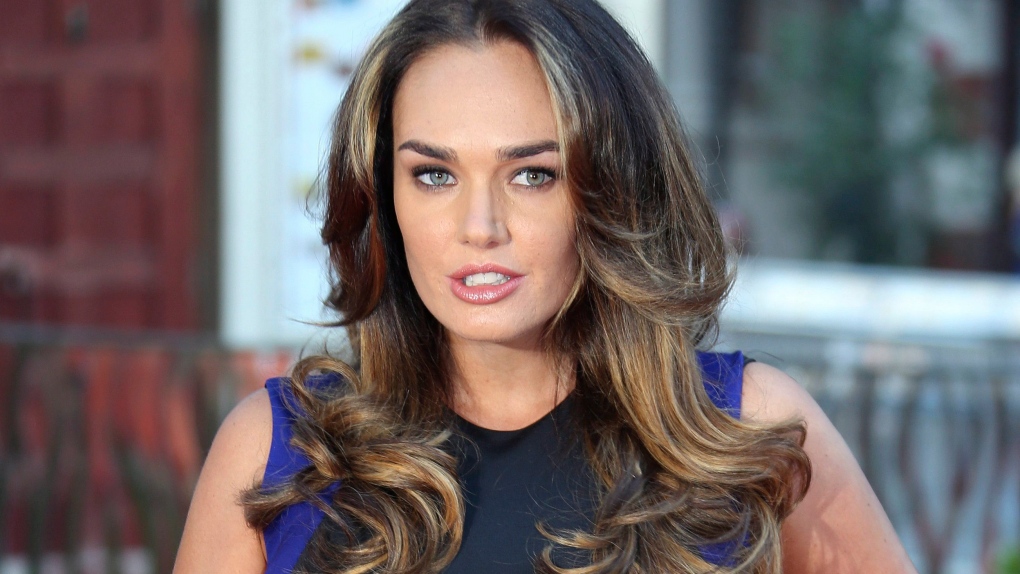 In this Monday, Sept. 2, 2013 file photo, Tamara Ecclestone arrives for the World Premiere of the film Rush, at a central London cinema in Leicester Square. Photo by Joel Ryan/Invision/AP, File)

LONDON -- A mother and son from Romania made their first court appearance Saturday after being charged in the December theft of millions of pounds' (dollars') worth of jewelry from the home of heiress Tamara Ecclestone.

The burglary took place on Dec. 13 at Ecclestone's palatial home on one of London's most exclusive streets in the Kensington neighbourhood. She is the daughter of former Formula 1 chief Bernie Ecclestone.

Deluxe jewelry estimated to be worth abuut 50 million pounds ($66 million) was taken from her home, leaving her "angry and shaken," the family said in a statement at the time.

Cleaner Maria Mester, 47, and bar worker Emil-Bogdan Savastru, 29, each were charged with conspiracy to commit burglary.

They identified themselves as Romanian nationals during the hearing at Westminster Magistrates Court in central London. They are being kept in custody until their next hearing, set for Feb. 28.

Officials said in court that the burglars stole cash, jewelry and watches. Most of it has not been recovered, they said.

Two other men who had been arrested have been released but are still being investigated.

Mester was taken into custody on Friday at London's Stansted Airport. Savastru was detained at Heathrow Airport on Thursday.

The burglary took place just after Ecclestone left Britain for a Christmas holiday with her husband and daughter.

Police said in December they were called to the scene by security at the building, which is next to Hyde Park.