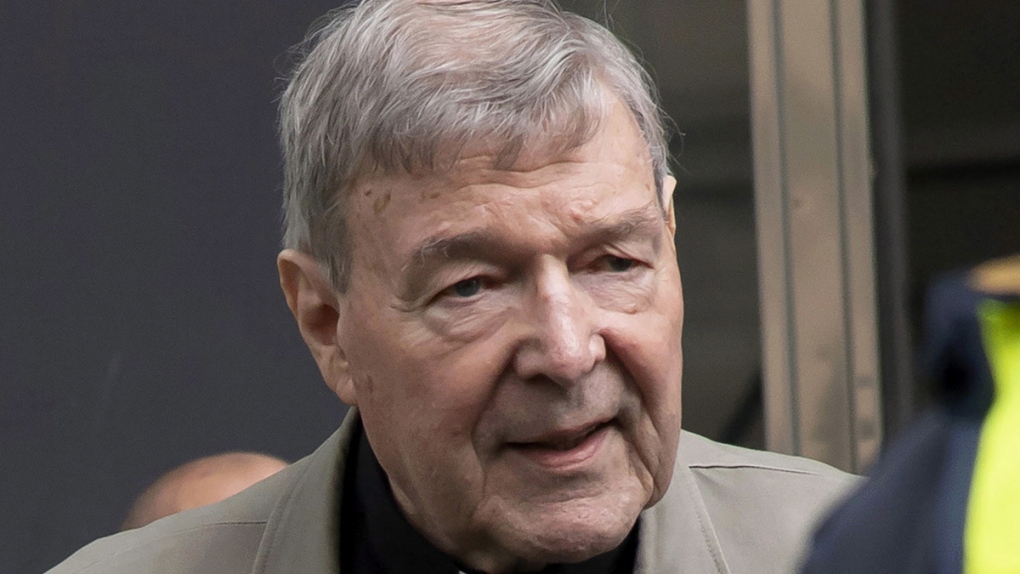 MELBOURNE, Australia -- The most senior Catholic to be found guilty of sexually abusing children lodged an appeal in Australia's highest court on Tuesday against his convictions for molesting two choirboys in a cathedral more than two decades ago.

The High Court registry confirmed that Cardinal George Pell had lodged a 12-page application for the seven judges to consider hearing his appeal.

The Victoria Court of Appeal last month rejected his appeal in a 2-1 ruling. Whichever side lost that appeal was expected to turn to the High Court.

Pell, 78, was sentenced to six years in prison in March and is no longer a member of Francis' Council of Cardinals or a Vatican official.

The High Court is Pell's final chance to overturn his convictions, but there is no guarantee that Australia's final arbiter will hear his appeal. The court only agrees to hear around one in 10 of the appeals applied for.

Pell's lawyers must first persuade a single High Court judge that the full bench should agree to hear his appeal.

The court only hears significant cases that raise questions of law that are important to the broader community or involve conflicts between different courts.

Pell was largely convicted on the testimony of one victim. The second victim died of an accidental heroin overdose in 2014 when he was 31 without complaining that he had ever been abused.

The surviving victim said after Pell lost his appeal in August, "I just hope that it's all over now."

Clerical sexual abuse and the Catholic Church's handling of such cases worldwide have thrown Francis' papacy into turmoil.