Mormon missionaries detained weeks in Russia arrive in US 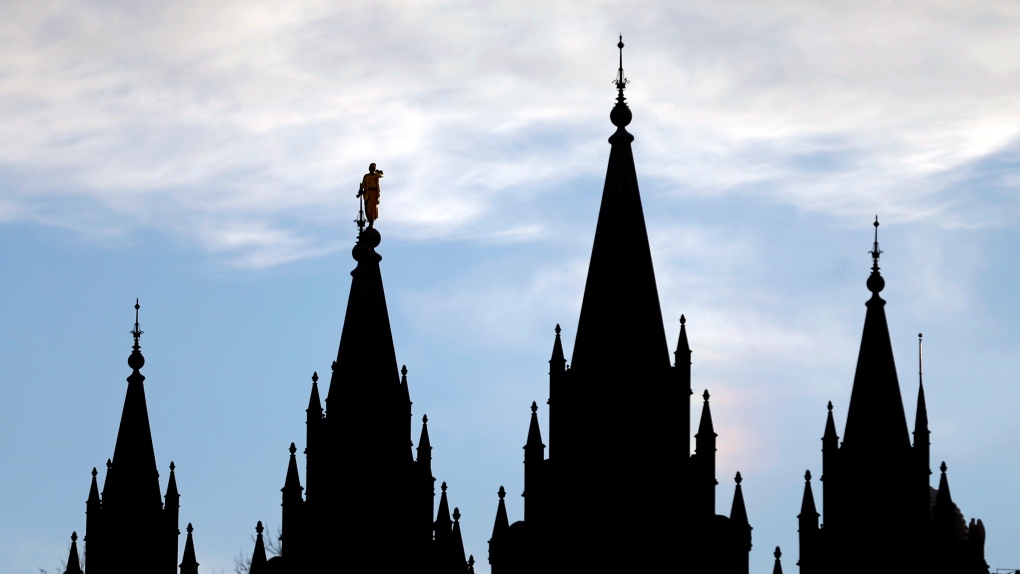 In this Jan. 3, 2018, file photo, the angel Moroni statue, silhouetted against the sky, sits atop the Salt Lake Temple of The Church of Jesus Christ of Latter-day Saints at Temple Square in Salt Lake City. (AP Photo/Rick Bowmer)

SALT LAKE CITY -- The Church of Jesus Christ of Latter-day Saints said Wednesday that two of its missionaries have returned to the U.S. after they were detained in Russia for more than two weeks in an alleged visa violation case.

The men were treated well and permitted to stay in contact with their relatives and church officials during the detention, church spokesman Eric Hawkins said in a statement. The Utah-based faith had previously said it was "troubled by the circumstances" of the young men's detention but declined to elaborate or discuss the case in more detail.

Latter-day Saint missionaries have not been allowed to legally proselytize in Russia since 2016 and are called "volunteers" while they perform missionary duty in the country. The change was triggered by an anti-terrorism law signed that year by Russian President Vladimir Putin that put restrictions on religiousmissionarypractices and dictates that religious work can only be done in houses of worship and other related religious sites.

The church that year decreased its number of members serving as volunteers in Russia down to about 50, but Hawkins declined to specify how many are currently serving there.

The church is "closely monitoring conditions in Russia for all volunteers and will continue to fully comply with Russian law," Hawkins said in the statement.

Kole Brodowski, 20, and David Gaag, 19, were detained on March 1 in Novorossiisk, a Black Sea port city .

A Russian court ordered their deportation after they were accused of working as English teachers without proper credentials.

Russian government officials have declined to comment about specifics of the case.

U.S State Department spokesman Noel Clay said the agency cannot provide specifics about the case due to the privacy considerations but that it has "no higher priority than the protection of U.S. citizens abroad."

Serving a mission for the religion, widely known as the Mormon church, is considered a rite of passage for the faith's members. Men serve for two years and go on missions as young as 18. Women serve for 18 months and are allowed to start them at age 19.

Brodowski was near the end of his service and will return home to Garden Grove, California, Hawkins said.

Gaag, of Bothell, Washington, plans to stay in the U.S. for a short period and then serve the rest of his mission in a different location country, he said.

Gaag's father, Udo Gaag, said in a statement to the church-owned Deseret News newspaper that the family is relieved.

"We spoke with David and he is healthy and in good spirits," Udo Gaag said. "He is happy that the detention is over but sad to leave his Russian friends. It is clear to us that he enjoyed his experience serving the Russian people and truly grew to love them."

Vladimir Isachenkov contributed to this report from Moscow.