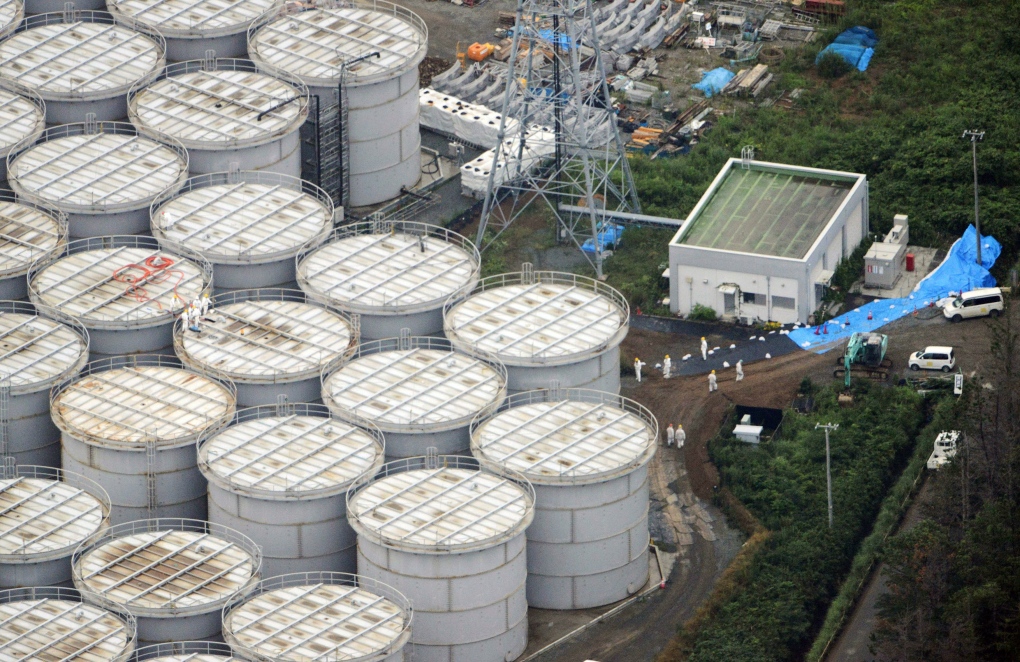 The latest leak was found over the weekend in a connecting pipe. The plant's operator, Tokyo Electric Power Co., said it suspects there may also have been leaks from three storage tanks because elevated radioactivity was detected near them. The levels were not considered deadly.

Nuclear Regulation Authority Chairman Shunichi Tanaka told a news conference that the small leak and possible other leaks have added to concerns about the plant's stability.

They follow a major leak two weeks ago. TEPCO reported a loss of 300 tons of highly radioactive water from a steel tank on Aug. 19, saying most of it is believed to have seeped underground but some might have escaped into the sea. The company has yet to determine the cause or exactly where the water went.

The leakage of water that had been used to cool the plant's three melted reactor cores triggered fears of similar leaks from more than 300 other similar tanks. The tanks are part of approximately 1,000 tanks holding 330,000 tons of contaminated water at the plant, where the radioactive waste water from the reactors grows by 400 tons daily.

The latest leaks have triggered further concerns about the plant's ability to manage the contaminated water. Experts have said that radioactive water from underground and utility tunnels connected to reactors and turbine buildings has been leaking into the sea for some time.

Tanaka said he believed the discoveries of the subsequent leak and signs of possible additional leaks were the result of closer inspections after the large leak two weeks ago. That leak was the worst from a tank at the plant, which was badly damaged by a massive March 2011 earthquake and tsunami.

Tanaka raised concerns about the safety of the foundations of the tank sites. TEPCO recently revealed that one of the tank sites had partially sunk during a test to see if a tank was watertight.

"Because those tanks were built in an emergency situation, it is questionable whether sufficient ground surveys were conducted," Tanaka said. "We believe experienced companies did a fine job, but we still have concerns and we must step up our watch for leaks."

TEPCO said the minor leak found Saturday had stopped after workers tightened bolts on the seam of a connecting pipe. Radioactive water inside the suspected tanks was to be moved to nearby tanks as a precaution.

The investigation into the tanks has revealed sloppy record keeping and tank management by TEPCO. The company has acknowledged that it used to assign only two workers to visually inspect all 1,000 tanks in about two hours until the leak, and none of the tanks had water gauges. TEPCO has increased the patrol staff to nearly 60 and is adding other early detection measures.

TEPCO also said it overlooked several signs of leaks -- increases of radioactivity near the tanks and higher exposure levels for workers -- for more than a month. 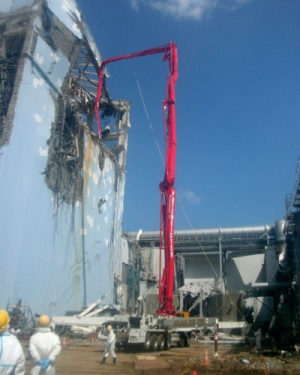 Fukushima by the numbers