Montana's latest plan to guard against feral hogs from Canada: Ask for squealers 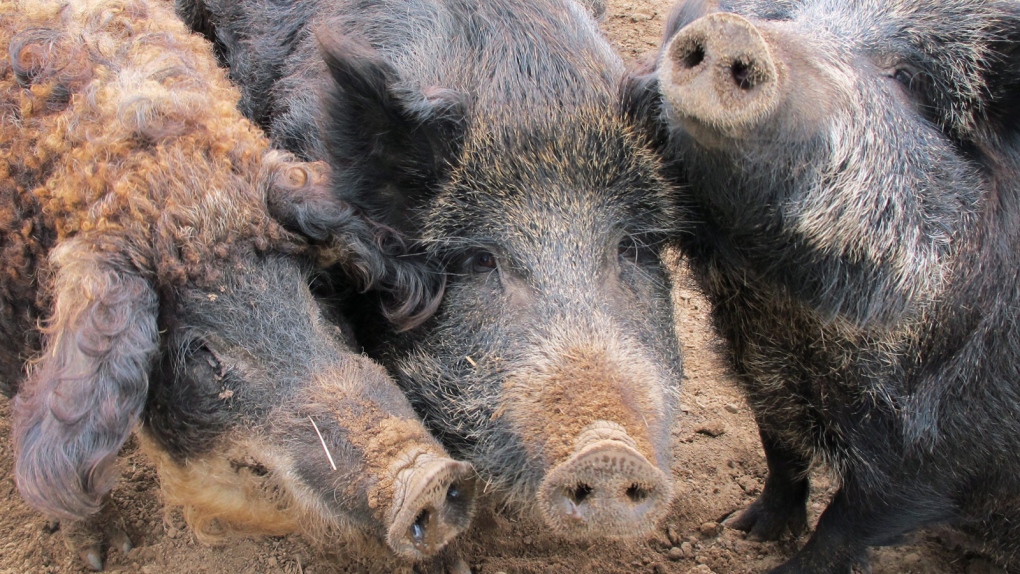 BILLINGS, Mont. -- Officials in Montana are marshalling their resources and enlisting the public's help to keep encroaching feral hogs from Canada at bay with a program called "Squeal on Pigs."

The campaign to prevent wild hogs from going hog wild in Montana was outlined at a conference hosted Friday by the Montana Invasive Species Council.

It encourages people to report feral hog sightings to the state Department of Livestock, reporting that officials say is critical to preventing an invasion.

The "Squeal on Pigs" campaign mirrors a previous effort in the Pacific Northwest, according to the Billings Gazette.

There's been a population boom of feral hogs in Canada, and photographs taken last year showed the swine within 5 miles (8 kilometres) of the U.S. border.

University of Saskatchewan researcher Ryan Brooks said the hogs can be difficult to spot from the air because they bury themselves in mud and also burrow into the snow to make "pigloos."

Montana law prohibits the hunting of feral swine and requires people to report a sighting of the animals within 24 hours. Officials are hoping the "Squeal on Pigs" campaign will create enthusiasm among residents for reporting.

The pigs consume 3% to 5% of their body weight each day, from high-dollar crops like watermelons or lettuce, to fawns and songbirds.

"At that point my (thought) was, this was an overwhelming problem and we'll never catch up," she said. "If we could avoid getting to that point, it would be great."