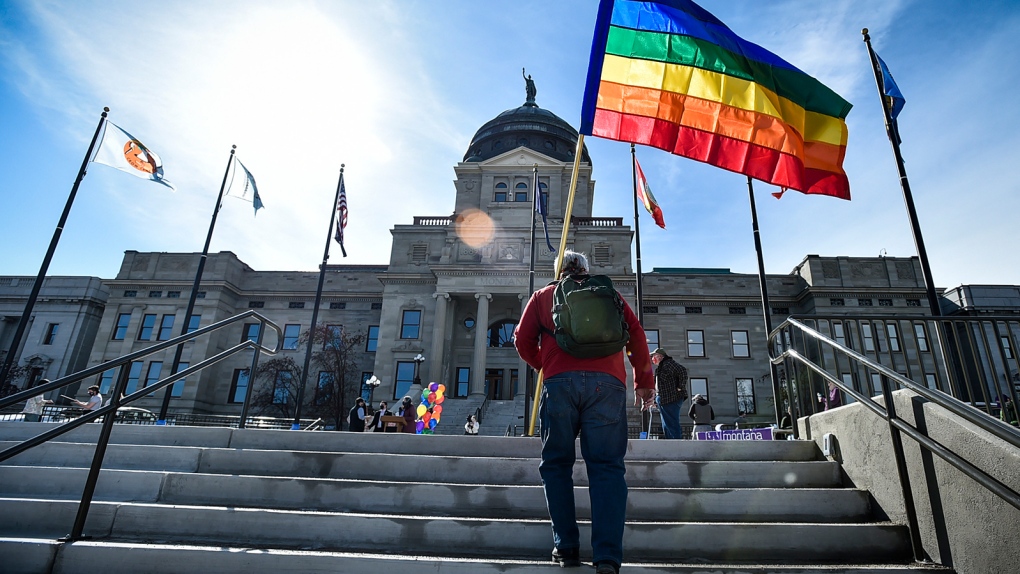 Montana Gov. Greg Gianforte signed a bill Friday that prohibits transgender girls from participating in girls' sports in schools, according to the records of the state legislature.

Gianforte signed the measure, House Bill 112, into law two weeks after the final version of the bill passed both houses of the state legislature.

Nearly three dozen states have introduced bills that aim to curb the rights of transgender people across the country, with advocacy groups calling 2021 a record-breaking year for such legislation. Many of these bills are rapidly making their way through state legislatures.

Montana's bill, which sponsors named the Save Women's Sports Act, says non-coed sports must be "based on biological sex" and "sports designated for females, women, or girls may not be open to students of the male sex."

Fearing backlash and the possibility of losing federal education funding over the issue, the state Senate added a provision that would automatically rescind the new rules if the US Department of Education finds them to be in violation of their nondiscrimination rules.

"Sports are for everyone," the Human Rights Campaign tweeted after the bill's signing. "This law is wrong."

The NCAA has not directly said whether they would pull postseason events from the state if the law passed, but it did issue a statement in January saying, "The Association's transgender student-athlete participation policy and other diversity policies are designed to facilitate and support inclusion."

Last week, Gianforte signed Senate Bill 280, which does not allow transgender residents to change the sex on their birth certificates unless they provide proof of gender-conforming surgery.

While Gianforte has publicized his signing of a number of measures in the past week relating to tax cuts, he had said nothing publicly about approving either law affecting transgender residents as of Friday afternoon.

Messages left by CNN his with chief of staff and press secretary were not immediately returned.

Several other states have also introduced bills that ban transgender athletes from participating in sports consistent with their gender identities. Arkansas, Mississippi and Tennessee have already signed these bills into law this year.