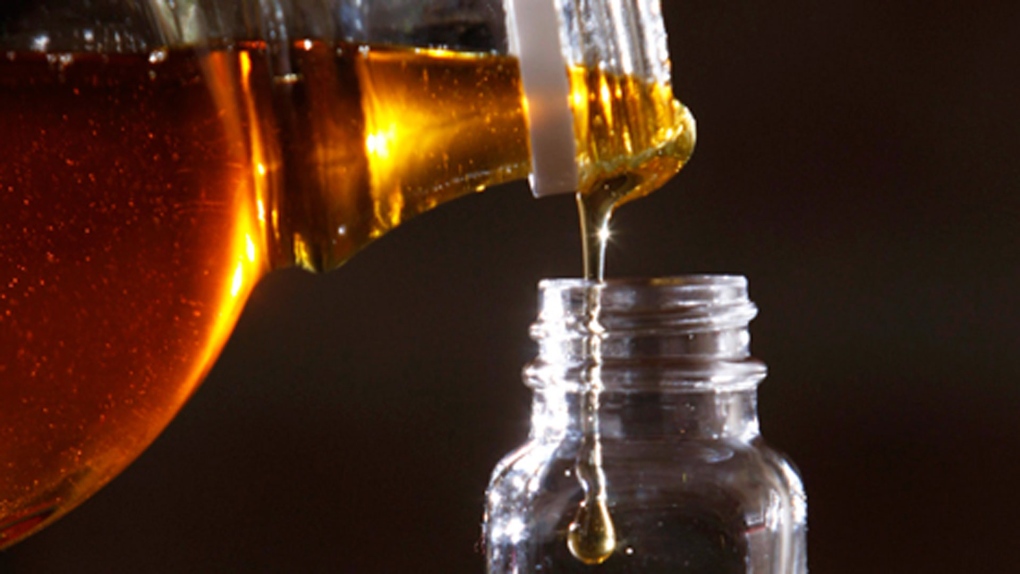 Maple Syrup is pictured in this file photo.

OTTAWA -- A woman in Minnesota accidentally set a field and a swamp on fire while making maple syrup.

According to the Stearns County Sheriff’s Office, officers were called to a residence in Albany, Minn., about 150 kilometres northwest of Minneapolis, following reports of a grass fire that had gotten out of control.

Officers said that upon arrival it was determined that a 41-year-old woman who owned the property started the fire “while in the process of cooking maple syrup.”

“Due to the wind at the time of incident, the neighbouring field and swamp caught fire and she was unable to extinguish it with a water hose that she had nearby,” Stearns County Sheriff’s Office wrote in a news release.

Firefighters were eventually able to contain the fire and the woman was ticketed for starting a fire during a burn ban.