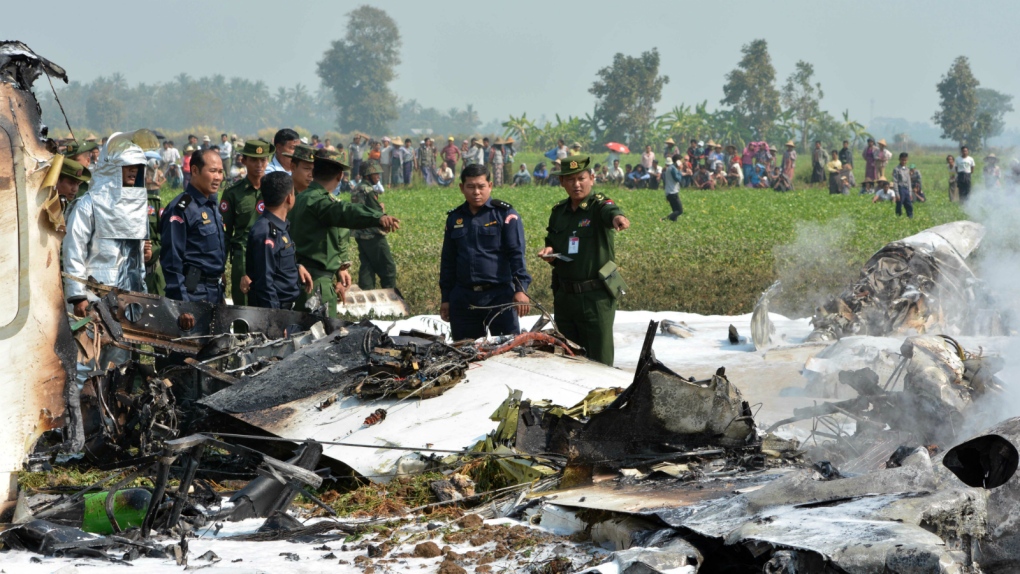 Military personnel inspect the wreckage of a Burma military aircraft that crashed in an area close to the airport in Naypyitaw, Burma on Wednesday, Feb. 10, 2016. (AP / Aung Shine Oo)

NAYPYITAW, Burma - Four Burma military personnel were killed and one survived when an air force utility aircraft crashed after taking off from the airport in the capital Naypyitaw.

An Information Ministry statement identified the aircraft, which crashed Wednesday morning in a rice field about a 1.6 kilometres from the airport, as a Beech 1900, a 19-passenger twin-engine turboprop no longer in production. Photos of the crashed plane showed that most of its fuselage had burned up.

The office of the Burma army commander identified the dead passengers as one major, two captains and a corporal, and said the sole survivor was another corporal who has been hospitalized.