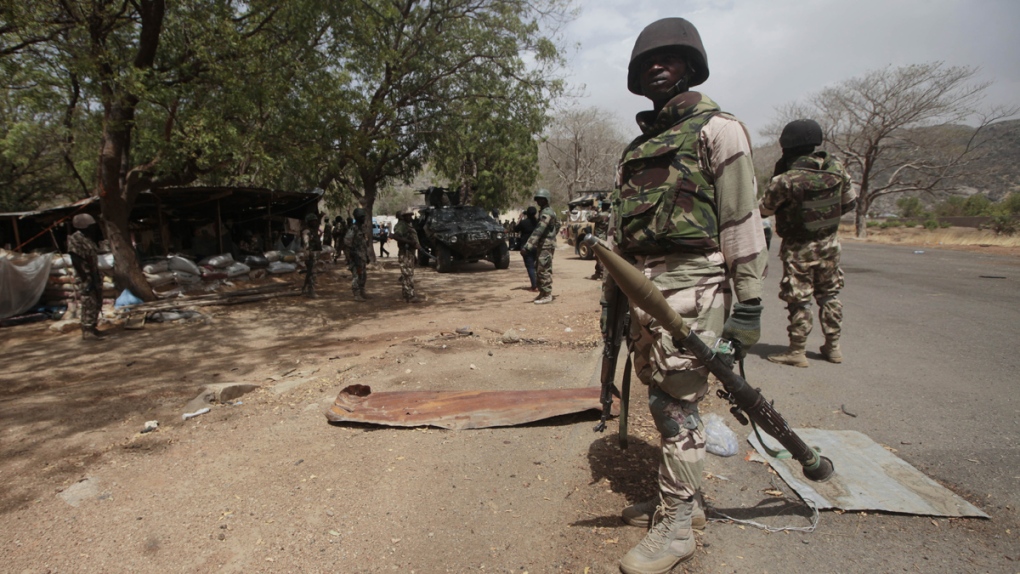 LAGOS, Nigeria -- After carrying out a mass rescue of 200 girls and 93 women from the forest stronghold of an Islamic insurgent group, Nigeria's military is evacuating them and plans to check their physical and mental health, the army spokesman said Wednesday.

The military is flying in medical and intelligence teams to examine the females, many of whom are traumatized, said Col. Sani Usman.

He earlier said that none of the so-called Chibok girls appeared to be among those rescued but later said it remains to be seen if any were among the 219 who are still missing more than a year after being snatched from a boarding school in Chibok. The April 14, 2014 mass kidnapping from the town in northeast Nigeria outraged much of the world.

The evacuation from the Sambisa Forest in northeast Nigeria began on Tuesday but Usman would not say where the rescued females are being taken. He told The Associated Press that they needed to be questioned to determine their identities.

"The processing is continuing, it involves a lot of things because most of them are traumatized and you have got to put them in a psychological frame of mind to extract information from them," Usman said.

While the Chibok kidnapping made the extremist group Boko Haram known to much of the world, the group has been steadily kidnapping females.

Amnesty International said this month that at least 2,000 women and girls have been abducted by Boko Haram since the start of 2014 and many have been forced into sexual slavery and trained to fight

Of the women and girls who were rescued in recent days, an intelligence officer and a soldier said Boko Haram used some of them as armed human shields, a first line of defence that fired at troops. But the soldiers managed to subdue them and round them up, said the two men who spoke only on condition of anonymity because the issue is sensitive.

Usman said military operations continue in the forest where the women and girls were rescued while troops destroyed four Boko Haram camps.

"Sambisa Forest is a large expanse of land, so what we were able to get is four out of several terrorist camps in the forest," he said of the area that sprawls over 60,000 square kilometres.

That changed when a multinational offensive led by Chad began at the end of January. Now, Nigeria's military says it has driven the Islamic extremists out of all towns with help from troops from Chad and Niger while Cameroonian soldiers have been guarding their borders to prevent the militants from escaping.

Scores of abducted girls, women and men have been freed or escaped from Boko Haram in the process. It is not known how many were abducted by Boko Haram, which used them as sex slaves and fighters.

A month ago the Nigerian military began pounding the Sambisa Forest in air raids, an assault they said earlier they had been avoiding for fear of killing kidnapped women and girls, or inciting their captors to kill them.