Militant sentenced to 19 years for role in Benghazi attacks 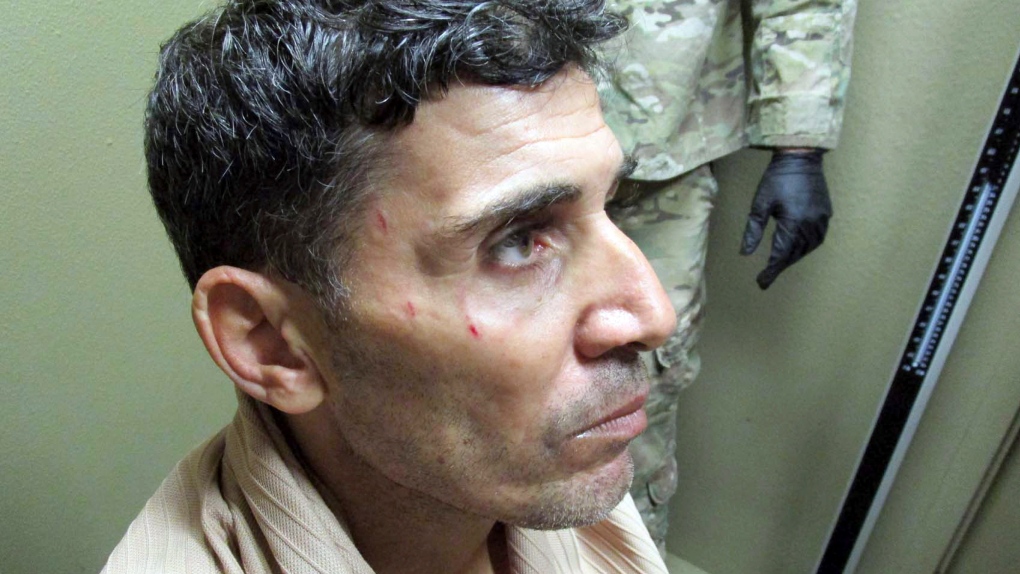 FILE - This undated image provided by the FBI in a U.S. District Court filing in Washington on Feb. 29, 2019, shows Mustafa al-Imam after his capture in October 2017. (FBI via AP)

NEW YORK -- A federal judge on Thursday sentenced a Libyan militant to more than 19 years in prison for his role in the 2012 Benghazi attacks that killed four Americans, including the U.S. ambassador.

A jury convicted Mustafa al-Imam last year of conspiring to support the extremist militia that launched the fiery assaults on the U.S. compounds but deadlocked on 15 other counts.

The attacks, aimed at killing American personnel, prompted a political fracas in which Republicans accused the Obama administration of a bungled response.

Al-Imam was sentenced to a total of 236 months behind bars. He is the second militant convicted in the attacks that killed Ambassador Chris Stevens, communications specialist Sean Smith and security officers Tyrone Snowden Woods and Glen Anthony Doherty.

Secretary of State Mike Pompeo said in a statement late Thursday that al-Imam's sentencing "sends a strong message to those who would attempt to commit such a heinous crime."

The head of the Islamist militia who directed the siege, Ahmed Abu Khattala, was convicted in 2017 on terrorism-related charges and sentenced to 22 years in prison.

Khattala was accused of driving to the diplomatic mission on Sept. 11, 2012, and breaching the main gate with militants who attacked with assault rifles, grenades and other weapons.

The initial attack killed Stevens and Smith and set the mission ablaze. Woods and Doherty were later killed at a CIA annex.

"In the current geopolitical environment, terrorists must understand that there are harsh consequences for attacking diplomatic posts and harming U.S. personnel -- particularly a U.S. ambassador," Assistant U.S. Attorney John Cummings wrote in a court filing.

Defence attorneys said al-Imam made a "tremendous mistake" by damaging and looting U.S. property after the attacks. But they insisted there was no evidence he intended to harm any Americans, noting jurors could not reach a verdict on the murder charges al-Imam faced.

"Mustafa al-Imam is a frail, uneducated and simple man," they wrote in a court filing. "He is not a fighter, an ideologue or a terrorist. He is a former convenience store clerk whose main loves in life are soccer and family."

Al-Imam was tried in a civilian court despite the Trump administration's earlier contention that such suspects are better sent to Guantanamo Bay. His arrest, five years after the attack, was the first publicly known operation since President Donald Trump took office targeting those accused of involvement in Benghazi.

Prosecutors acknowledged there was no evidence that al-Imam "directly caused" the killings at the U.S. compounds. But they said he aligned himself with Khattala and acted as his "eyes and ears" at the height of the attacks.

During a four-week trial in Washington, prosecutors pointed to phone records that showed al-Imam was in the vicinity of the mission and placed an 18-minute call to Khattala during a "pivotal moment" of the attacks.

Al-Imam also entered the U.S. compound, prosecutors said, and took sensitive material that identified the location of the CIA annex about a mile away from the mission as the evacuation point for Department of State personnel.

In interviews with law enforcement following his 2017 capture in Misrata, Libya, he admitted stealing a phone and map from the U.S. mission.